By Noel (self media writer) | 3 months ago

The senators today were forced to change their moood during the hearing of the mother whose son died with a fork on his head. According to the news which was shared on the social media platforms, the mother explained what happened at Kenyatta Hospital before the death of his son. 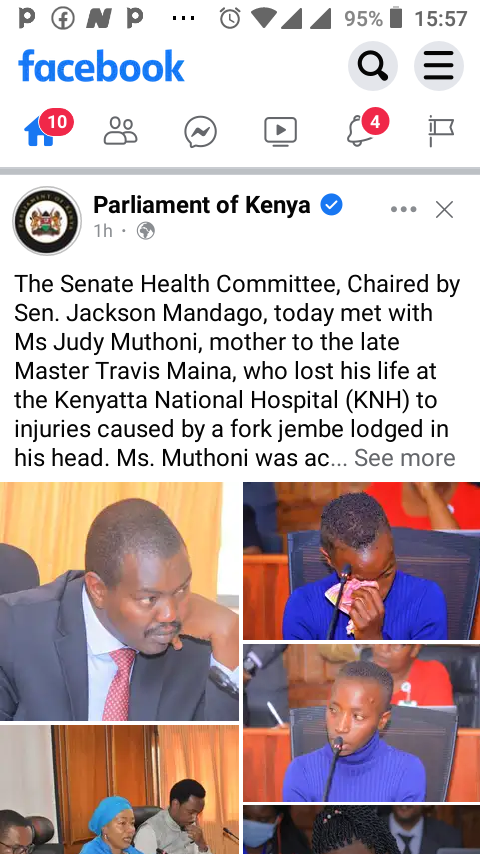 According to the news which was shared on the social media platforms, it was a sad moment for her to explain as she cried making her unable to explain. The mother accused the Kenyatta Hospital for their negligence even after her son needed an emergency help from them. Senators lead by Hon Jackson Mandago were forced to remove tears infront of the members after the story touched them.

The mother revealed that Kenyatta Hospital doctors did not act faster even after her son was in critical condition. According to her statement before the burial of her son, she said that her son died because she is poor. The statement touched many people who came to help her so that she can burry her son. It is time for doctors to care for other people who needs an emergency help.