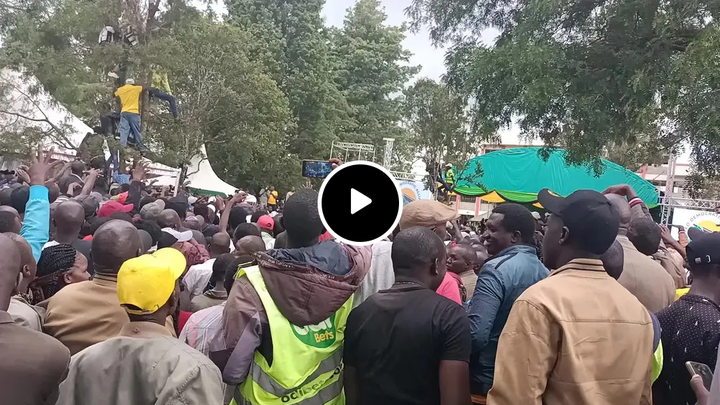 Bomet County Governor Hillary Barchok was badly heckled in Kericho County where he was forced to cut short his speech.

The Bomet Governor who is eying the seat for the second term won UDA Party nominations weeks ago.

The rivalry between Barchok and Isaac Ruto isn't new as a few months ago Deputy President William Ruto was trapped in the Bomet gubernatorial politics when Chama Cha Mashinani and UDA supporters engaged in a shouting match.

The ugly confrontation between the supporters forced Ruto to take charge of the programme.

Isaac Ruto on several occasions has stated that he will support Ruto's Presidential bid, a move seen to salvage his political career from Bomet County which Dp Ruto enjoys massive support.