By GraceMwendeM (self media writer) | 2 months ago 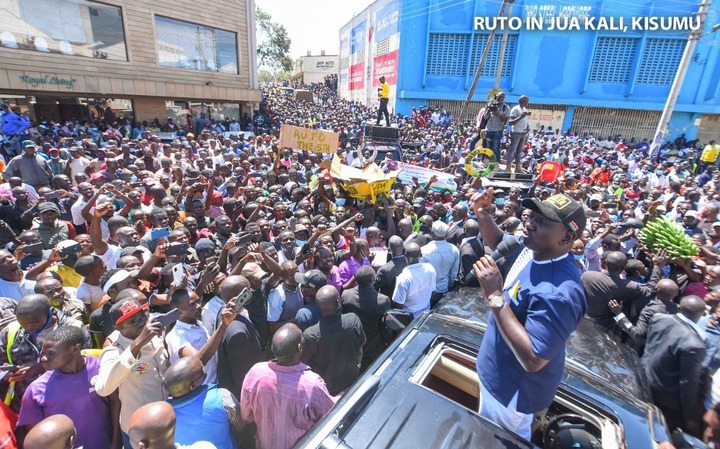 Deputy president William Ruto has today had a rough time, after his motorcade was stoned and damaged in Kondele by youths allegedly allied ODM leader Raila Odinga.

Leaders allied to the DP, have called out Raila and his allies for the incident which happened in his political stronghold.

While most people feel that Raila is to blame for the incident, Flamboyant lawyer Donald Kipkorir has blamed the DP and his allies for what happened.

According to Kipkorir, the DP and his UDA allies planned to portray the Luo nation as violent in order to create a negative reception for Raila in Kikuyu nation and other areas dominated by the DP.

“at the core of uda political strategy is to portray the Luo Nation as violent to engender Raila phobia in Kikuyu Nation … the clashes in Kondele are orchestrated in line with the strategy …. The TRUTH: Luo Nation is the only tribe in Kenya that doesn’t kill intentionally,” Tweeted Kipkorir.

Before ending his campaign in Kondele the DP stated that he was not going to give up on Kisumu because of that incident.

"Kisumu is Kenya and we shall make sure that we liberate Kisumu from stone-throwing. we must get rid of leaders who hire young people to throw stones, shame on those leaders” Stated Ruto before leaving Kondele.

Who do you think is to blame to today’s incident??

Should Kenya Legalize this Plant Because it Has More Advantages Than Disadvantages?