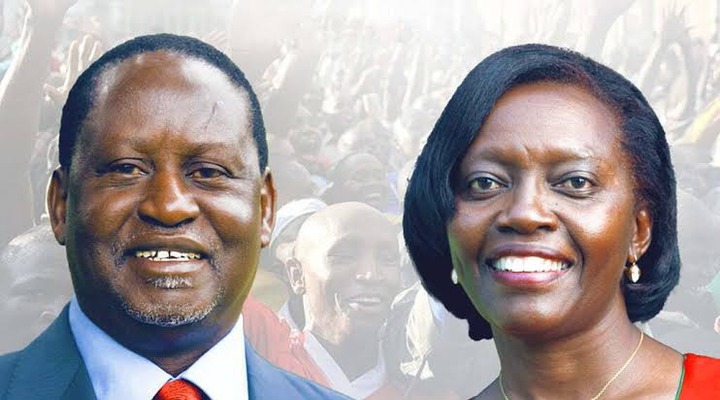 Raila statements comes hours after he lost to President-elect William Ruto of UDA who was declared President-elect by Independent Electoral and Boundaries Commission Chairman Wafula Chebukati.

According to him, the democracy in Kenya suffered a major blow because of clear mistakes and unconstitutional tallying of results by IEBC officials.

Reviewing the manner in which elections were carried in previous elections, Raila said that Chebukati and some officials are rulling the Independent commission on dictatorship manner.

According to Raila, Chebukati disregarded other commissioners decisions when it came to results transmission and tallying of results.

His sentiments collaborates with the four IEBC Commissioners who denounced the results saying that they could not be associated with the results.

According to Raila, the figure announced by Chebukati were null and void and therefore he was going to proceed to court to seek justice.

Raila accussed Raila of trying to throw the country into a dark moment of chaos and violence due to his 'reckless' way he conducted the election.

He went ahead to applaud the four commissioners for not allowing to be dragged into unlawful and unconstitutional process.

The Azimio leader went ahead to reject the the outcome of elections announced yesterday and called upon his supporters to maintain peace as they seek judicial interventions.