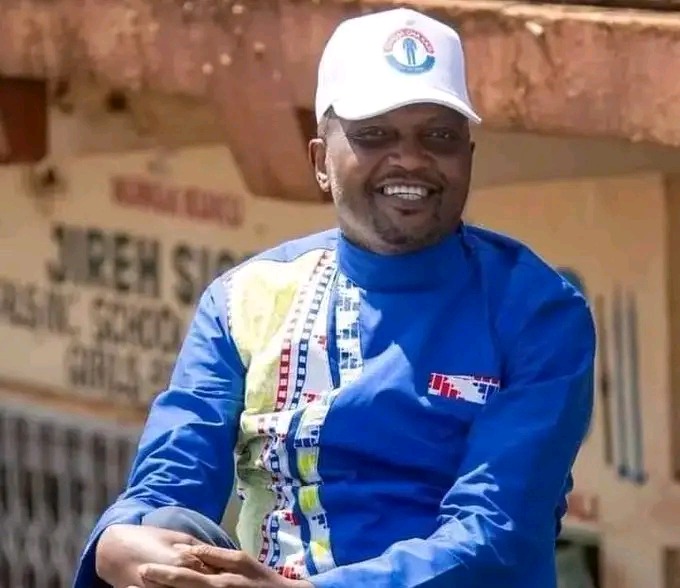 One of the tactical moves the self-crowned chief hustler William Ruto has hitherto made in bid to actualize his statehouse course is that of joining arms with Amani National Congress (ANC) boss Musalia Mudavadi and his Ford-Kenya counterpart Moses Wetangula.

MaDvd and Wetangula hails from Western Kenya region which is a vote-rich hub with millions of votes. Has Ruto's move tilted the ground from Raila's side to his? Oh well, Gathundu South Member of Parliament (MP) believes so.

In one his previous social media discourses, Moses Kuria confidently affirmed that Western Kenya support has moved to Kenya Kwanza team and if elections were to be held today, Ruto will likely get 95%, 95%, 80%, 70% and 60% in five counties namely Bungoma, Trans Nzoia, Vihiga, Kakamega and Busia respectively. 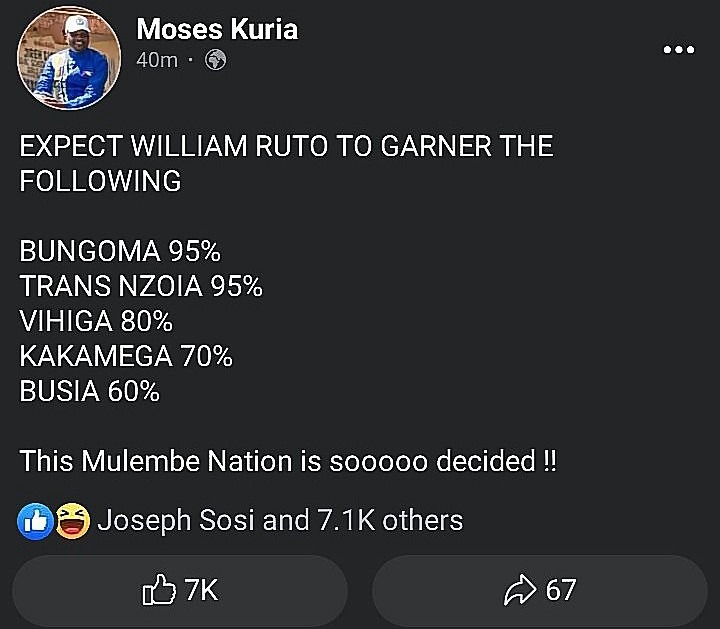 With barely 84 days to August poll the big ask is; will Western region cast their lots on DP Ruto as earlier projected by Kuria? Unbeknown to Njamba ya Ruriri, there is an ever widening gap between projections and realities and if the latest findings by TIFA group are anything to stake on, then Moses and team are literary living a lie. 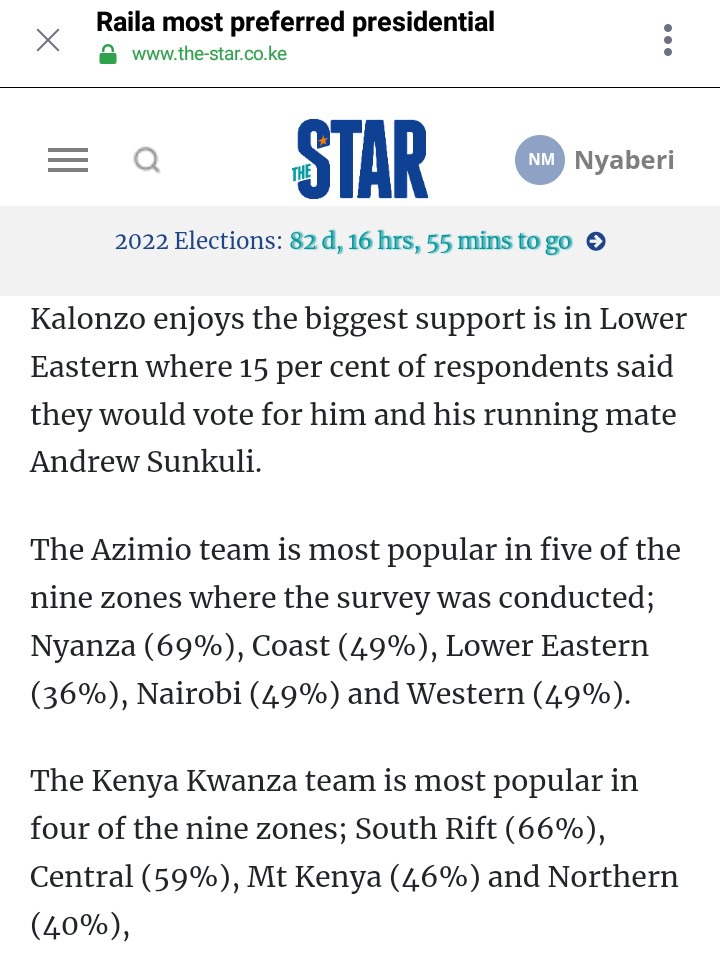 According to TIFA, Raila Odinga is the most popular candidate in the aforenamed counties with his 49% followed by Ruto. The survey further showed that the Jakom is leading in the presidential race with 39% against DP Ruto who is at 35%. Will the latter pull a shocker card and score against Jakom come August? Time will ultimately tell.