By TimingNowKE (self media writer) | 16 days ago

United Democratic Alliance affiliated to Deputy President William Ruto has yet again received great news as a section of a delegation of supporters have defected the ruling party, Jubilee, joining the hustler nation.

This has happened in kiagu Ward, Meru ahead of the upcoming by-election in the region where there's expected battle between president Uhuru's Jubilee and DP Ruto's UDA.

Meru Senator Hon. Mithika Linturi who is a close ally to the second in command DP Ruto, has received the supporters to UDA after ditching jubilee and appreciated the residents of the region for their full support.

"In Kaigu Ward, It's a mass exodus. Today I welcomed a delegation of supporters from jubilee into our party UDA.

Thanks people of Kiagu for showing support."

The mass exodus of the jubilee supporters to UDA associated to DP Ruto has elicited mixed reactions among Kenyans as seen below; 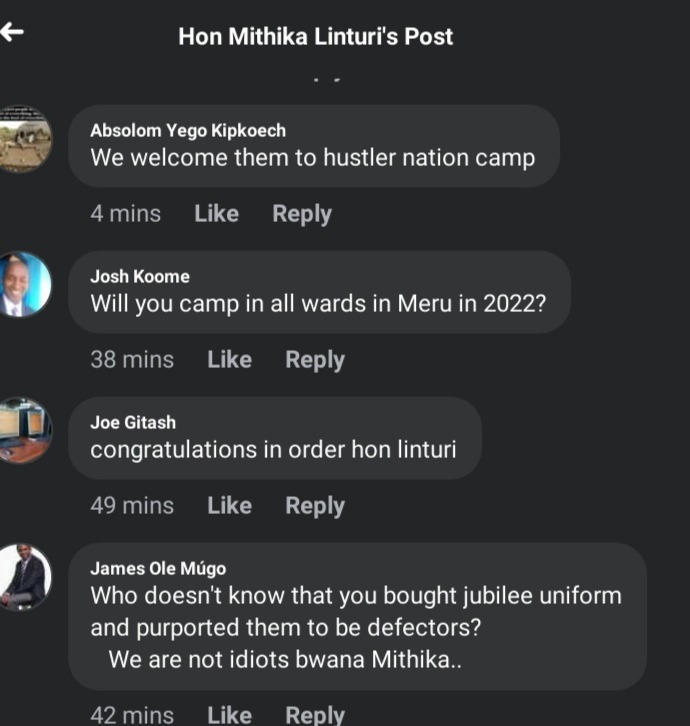 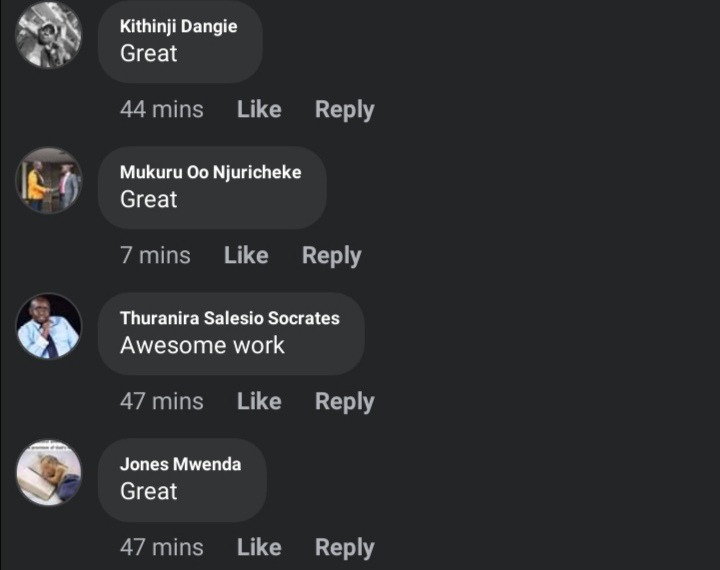 This comes as the political focus in Meru County has recently shifted to the Kiagu Ward by-election slated for October 14, as a section of major parties eye the seat. 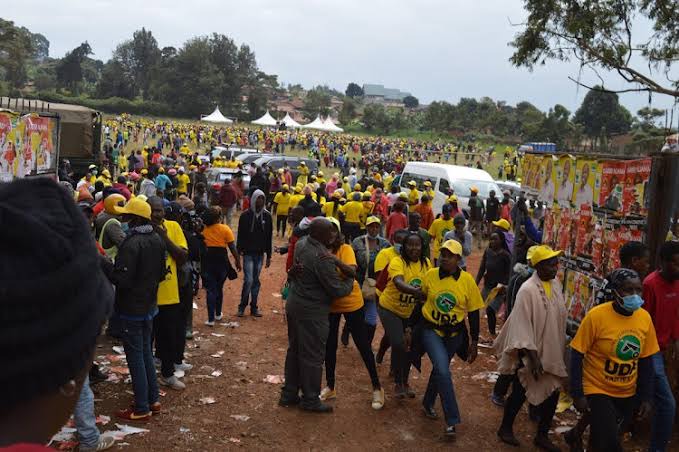 The seat fell vacant after the death of Eunice Karegi, one of the only two elected female MCAs in the Meru County Assembly.