Kabando, Karua Offer To Correct Ahmednasir After His Ignorant Remarks On Judicial Matters 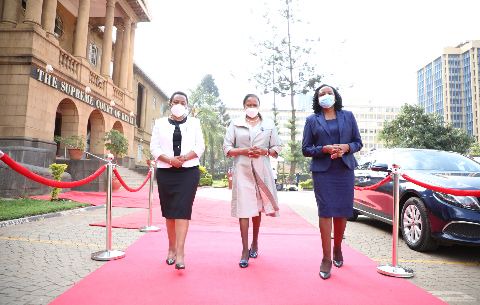 However, the Judicial Service Commission shared photos of the Deputy CJ, Philomena Mwilu, CJ Koome and the CRJ, Anne Amado whom the three of them sit in the JSC. In a statement given by the JSC, it read, "From left to right, the top leadership of the Judiciary: Deputy CJ, Philomena Mwilu, CJ, Martha Koome; and CRJ, Anne Amadi. The three also sit in the Judicial Service Commission." 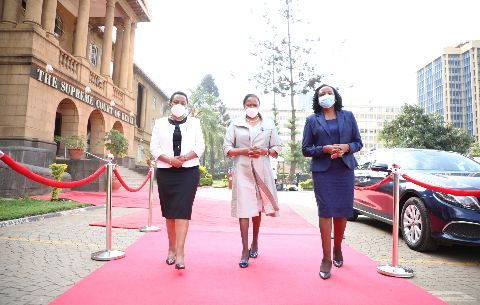 However, lawyer Ahmednassir reacted to these photos and said, CRJ doesn't sit in the Judicial Service Commission. Moments after his remarks Kabando Wa Kabando and Martha Karua reacted. Kabando Wa Kabando offered to correct him. In his remarks he said, "Correction: As per Article 171 of the Constitution, DCJ does not sit in the JSC. It is CJ who sits and also its Chair, plus another Supreme Court judge elected by colleagues." He also added that maybe Grand Mulla meant sitting for the sitting allowance or maybe he is still in far space. His second remarks were after Martha Karua asked that is the CRJ not the secretary of the JSC as well as the chief administrator of the Kenyan Judiciary? 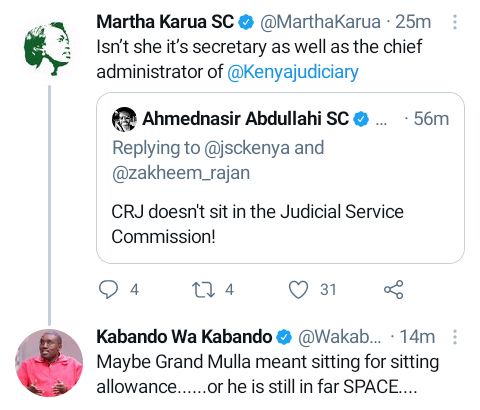 "You Are Sophia and Am William", Ruto Says, Fails To Answer Crucial Questions On Live TV