SC Ahmednasir Jokes About Dr. Abdiwahab Sheikh Captors After Debriefing, Reveals What They Sent Him 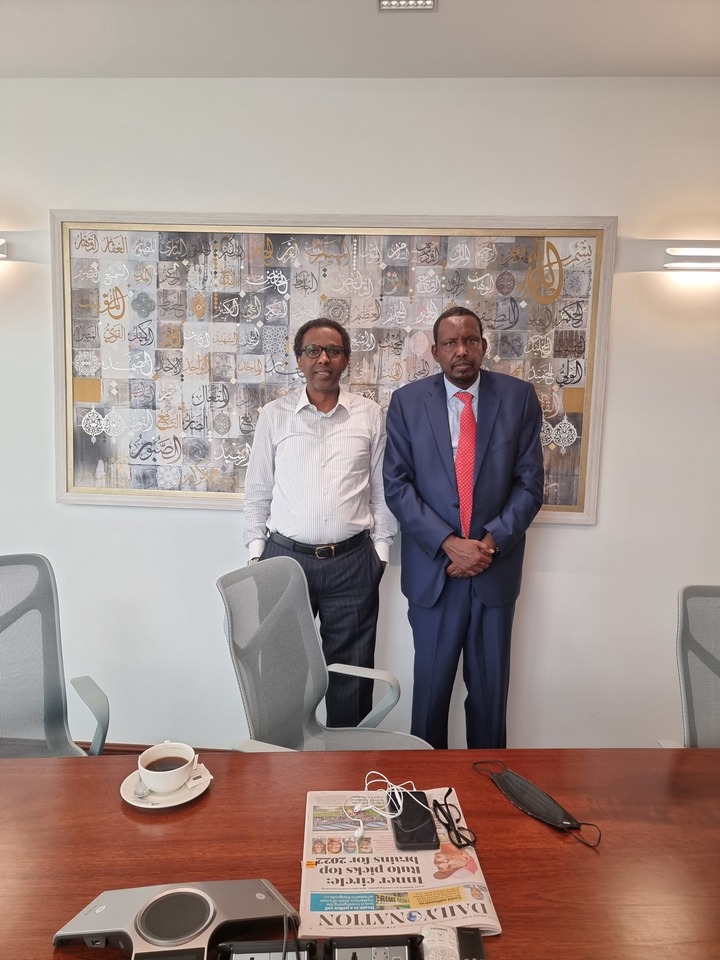 Individuals who have spoken with Abdiwahab said that the abductors were interested in his operations and contacts in Somalia as well as regional security, according to the Star. The Kenyan-Somali researcher who was kidnapped from Nairobi's city center and eventually returned unhurt claims he couldn't identify those who kidnapped him since they were all wearing balaclavas covering up their identities.

Counsel Ahmednasir Abdullahi debriefed Abdiwahab this morning at his offices as indicated on his Twitter social media account whereby he joked that he had received greetings and best wishes from the abductors.

The SC also stated that it was emotional and sigh of relief to see his client back alive.

"Dr. Abdiwahab visited my chambers today. As his counsel, I debriefed him fully. He was kidnapped and held captive for 12 days. His captors sent me their greetings and best wishes. I was overwhelmed with emotion to see him alive, and happy for his family," he wrote. Abdiwahab stated that at one point, the abductors presented him with three passports—one from Kenya, one from Somalia, and another one from Turkey—and asked him to pick one. He went with the Kenyan one.

He didn't say anything about what happened to the other passports or why they were produced.

Blood Thicker Than Water? We Will Not Burry Him, Family Disowns Serial Killer Masten Wanjala