By AbelOmasete (self meida writer) | 29 days

Gatundu South Member of Parliament made his debut in politics in 2013 and 9 years down the line, he has become a firebrand politician with unwavering support not only from Gatundu in Kiambu but the larger Mt. Kenya region. 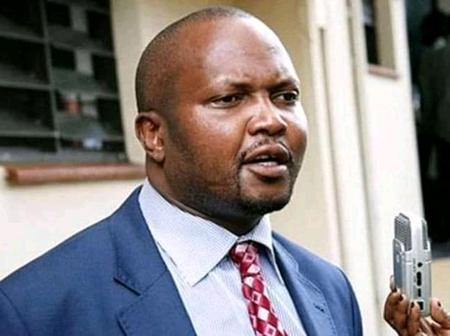 From arrests and being detained in police custody not ones, twice, but severally, Moses Kuria's fame has rose to most parts of Kenya thus making him a leader to watch come the 2022 general elections. Kuria fell out with his party leader Uhuru Kenyatta for according to him, he did not honor the pact between him and deputy president William Ruto that he was to support him after his tenure collapses. Kuria has been an ally of William Ruto and even proved beyond reasonable doubt by popularizing the hustler narrative in Mt. Kenya a vote rich region but they don’t vote anyhowly for they have always voted as a block if history is anything to go by.

According to several political analysts, in the by- elections being conducted in Juja constituency are done with and George Koimburi who is the People Empowerment Party (PEP) candidate emerges the winner, Moses Kuria profile in the mountain will grow immensely not because he is an MP from Kiambu, but because he would have defeated a candidate fronted by the ruling party whose party leader is the Kingpin of Mt. Kenya.

A number of leaders from the Mountain like William Kabogo and Peter Kenneth have been fronted as the possible replacement of Uhuru Kenyatta as the Mt. Kenya leader, but political analysts differ with such argument stating that Kenneth and Kabogo can be the preferred candidates but on the ground, Moses Kuria is the man to watch come 2022.

Revealed: DP Ruto Comes Up With a Grand Plan to Rescue MCAs From 2 Million Grants Promised by Uhuru