Confusion in Uhuru's Camp as Tuju Now Reveal Why Ruto is Untouchable, Sends This News to Baba- VIDEO

Confusion and anxiety has once again raided President Uhuru Kenyatta's Kieleweke Camp after Jubilee Secretary General admitted that DP Ruto is untouchable and impeaching him cannot be a walk in the park.

Speaking during an exclusive interview with KTN News on Thursday, Hon Raphael Tuju for the first time admitted that the 2010 Constitution has provided excess political security to the office of the Deputy President such that removing him in the office is nearly impossible. 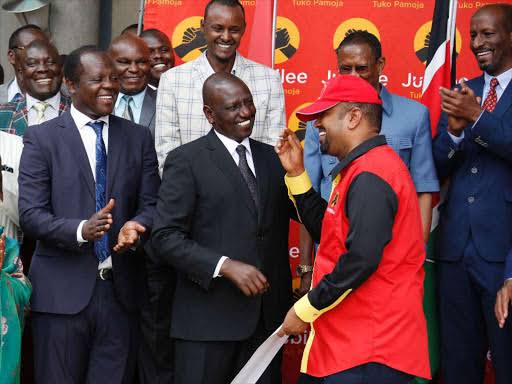 But again via a speech perceived as a direct blow to the Ruling Jubilee Party, Hon Tuju announced that to impeach someone like DO William Ruto, they will need huge numbers which is also an impossible task since the majority of the Jubilee MPs and NASA coalition have switched camp, an indication that the reality has now hit the Jubilee Leader.

At the same time, Raphael Tuju has dismissed claims that the Uhuru-Raila handshake is dead, adding that they are working to build a national political alliance that will go after the 2022 general elections. 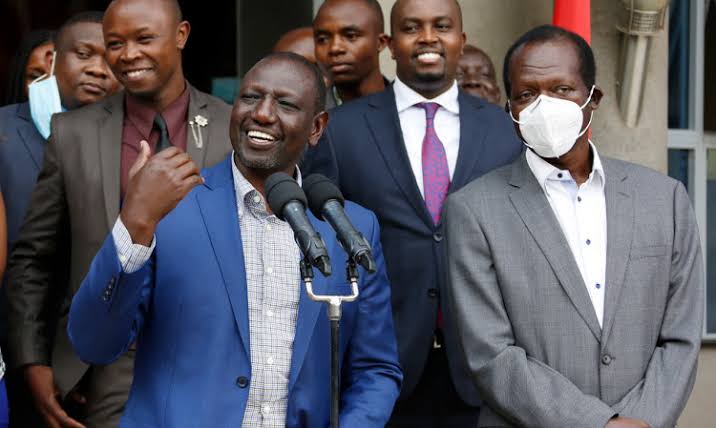 Tuju has also told the ODM Party Leader Hon Raila Odinga to continue winning more political support, adding that President Uhuru Kenyatta's team has his back. He has also congratulated the ODM Party Leadership for the continued support since the 2018 handshake, after saying that this country was burning in flames.

Raphael Tuju: The Deputy President is lucky, he opposed the 2010 Constitution but it has protected his tenure in office. 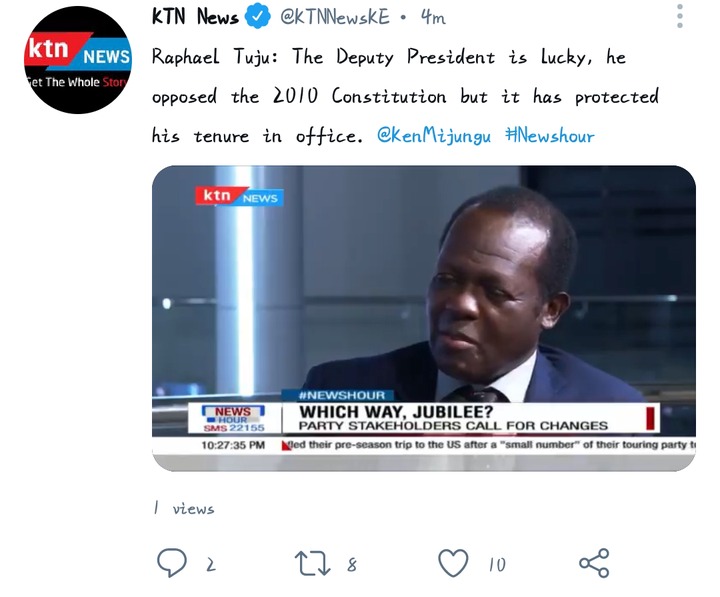 "It's Not Your Bedroom," Angry Moi Attacks Ruto On Rift Supremacy

Ruto Now Likened To Kibaki, UDA To NARC And These And Other Key Comparisons Listed By Ruto's Warrior

Ruto Leaks What Tuju & Murathe Plan To Do Before 2022 Election