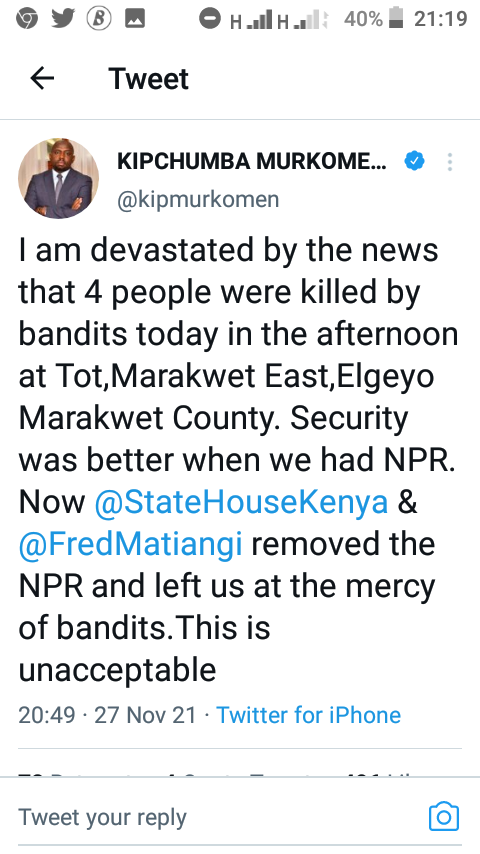 The outspoken senator further added that the government under the ministry of interior under the watch of doctor Fred Matiangi, allegedly removed national police reserve from the area adding that the move has worsened the security of the area.

Murkomen further added that national police reserve helped residents in protecting them against bandits who use illegal weapons to carry out their operations. 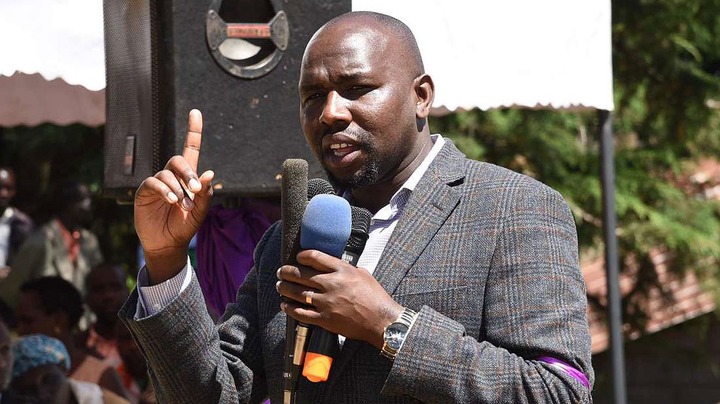 Elgeyo Marakwet senator Kipchumba Murkomen further added that the security in the area was better of during the time of national police reserve compared to the current situation.

The shortest war in history that lasted for 38 minutes, see what happened

Ruto Allies Send A Warning To President Uhuru Ahead Of His Tour Of The Mt. Kenya Region

'I Apologise But Am Not Toxic' - TV Personality, Amina, Breaks Silence After Netizens Went After Her