By Faithiminza (self media writer) | 5 months ago

Kamkunji member of parliament Yusuf Hassan is expected at the DCI offices in Pangani to give some New evidences concerning a 2012 gun attack that left him crippled and left three people dead in Eastleigh.

The MP wanted to revive the case eight years down the line and according to the sources that requested to remain Unanimous , he claimed to have gathered New evidence that he believes Will be critical in the case. 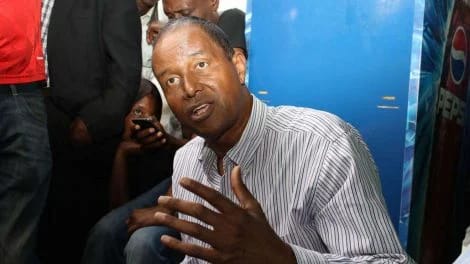 During the attack, the lawmaker  was flown to South Africa where he got his medication.

The attack occured  outside a mosque in Eastleigh and left his legs badly fractured.

“Safely landed in Jo'burg. I have been medically evacuated to South Africa for further medical attention,” he said on his Facebook account moments after the attack in 2012.

During the attack more than 30 people were injured. His bodyguard being among them.

The MP believes that with the new evidence, justice will be served.

Content created and supplied by: Faithiminza (via Opera News )