By AyodiK (self meida writer) | 2 months

Members of Parliament allied to Deputy president William Ruto have been making frequent Visits to the United States of America for the past few months, with different missions mainly concerning the development of their Party and to provide space for Kenyans abroad to vote easily in 2022.

Concerns have however been raised after Soy Mp Kaleb Kositany silently jetted outside the Country to the US without a clear motive. The Mp delivered His intended purpose of the Visit and decided to do rounds in the foreign State.

Pictures shared through His social media handles revealed that He had toured the most important and valued sites in America including a place where the Pictures of the late African American George Floyd were drawn in a bid to celebrate His life and remembrance after His brutal murder.

In one of the pictures, Kositany is seen kneeling down besides the wall which had a clear and huge black and yellow painting of Floyd with other flowers that were put down there as a way of appreciation and Mourning by His fellow Americans.

The Mp was later seen stranding on a cross road near a junction where Cars were packed nicely on the road side. Another man was standing besides Him while taking try photos. 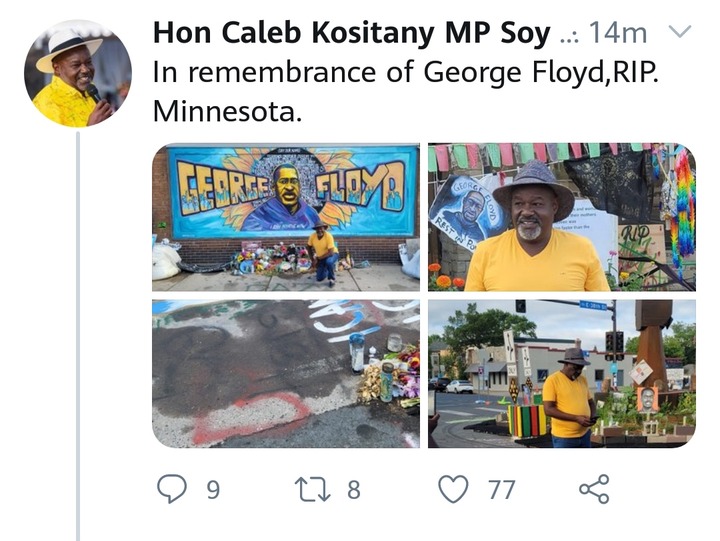 Kenyans could not stop talking while giving their own observations on the same, others attacking Him of trying to take His Kenyan behavior of taking photos everywhere without permission. Others asked the reason why He had gone to America especially in the middle of the political heat in the Country.

Following the current situation where Dp Ruto cannot step His foot in America, He has been sending His allies to run errands for Him on different occasions, especially concerning the development of UDA and popularization in the developed States.

Morang'a Senator hon Irungu Kang'ata visited the State two moths ago Where He had gone to launch the UDA offices there, and headed to London for the same mission. Their visits have been of immense help to Tangatanga team because Kenyan-Americans seem to be embracing their ideologies.

Comments from Kenyans are here below : 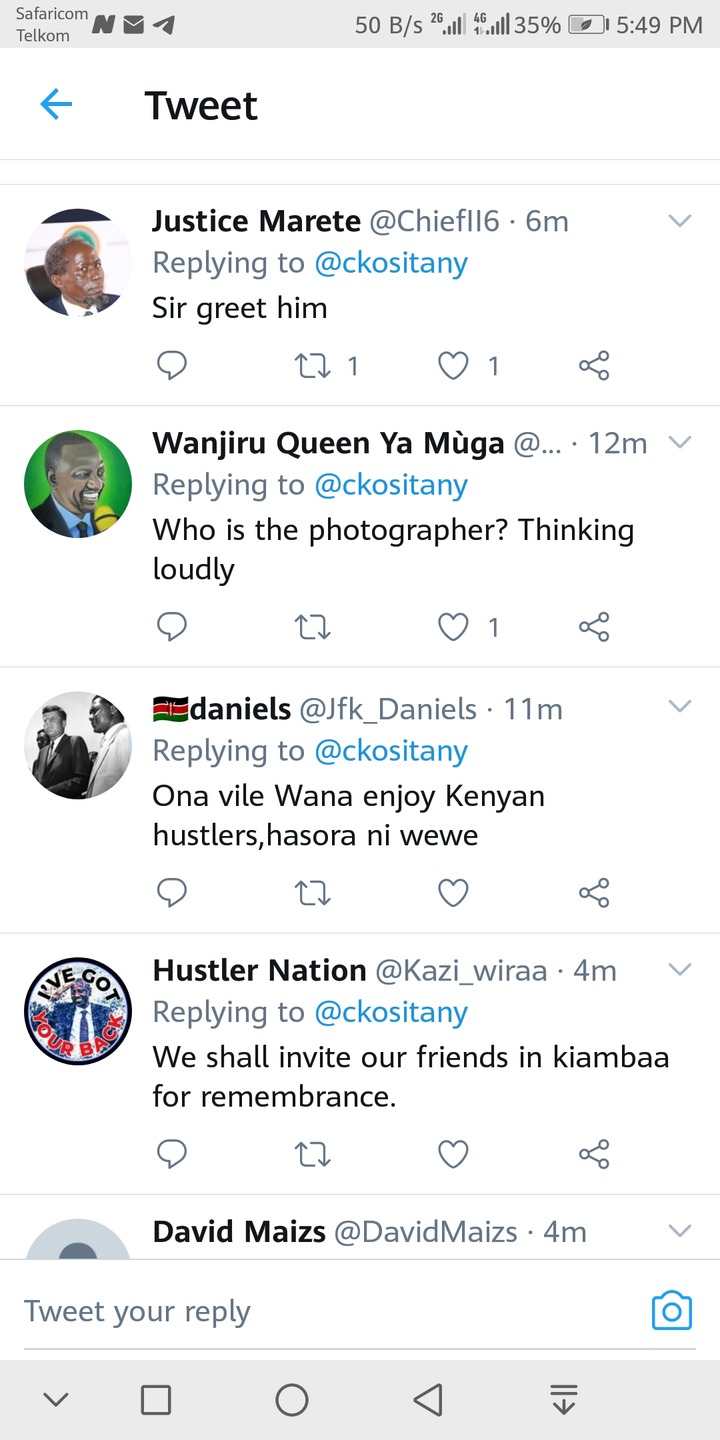 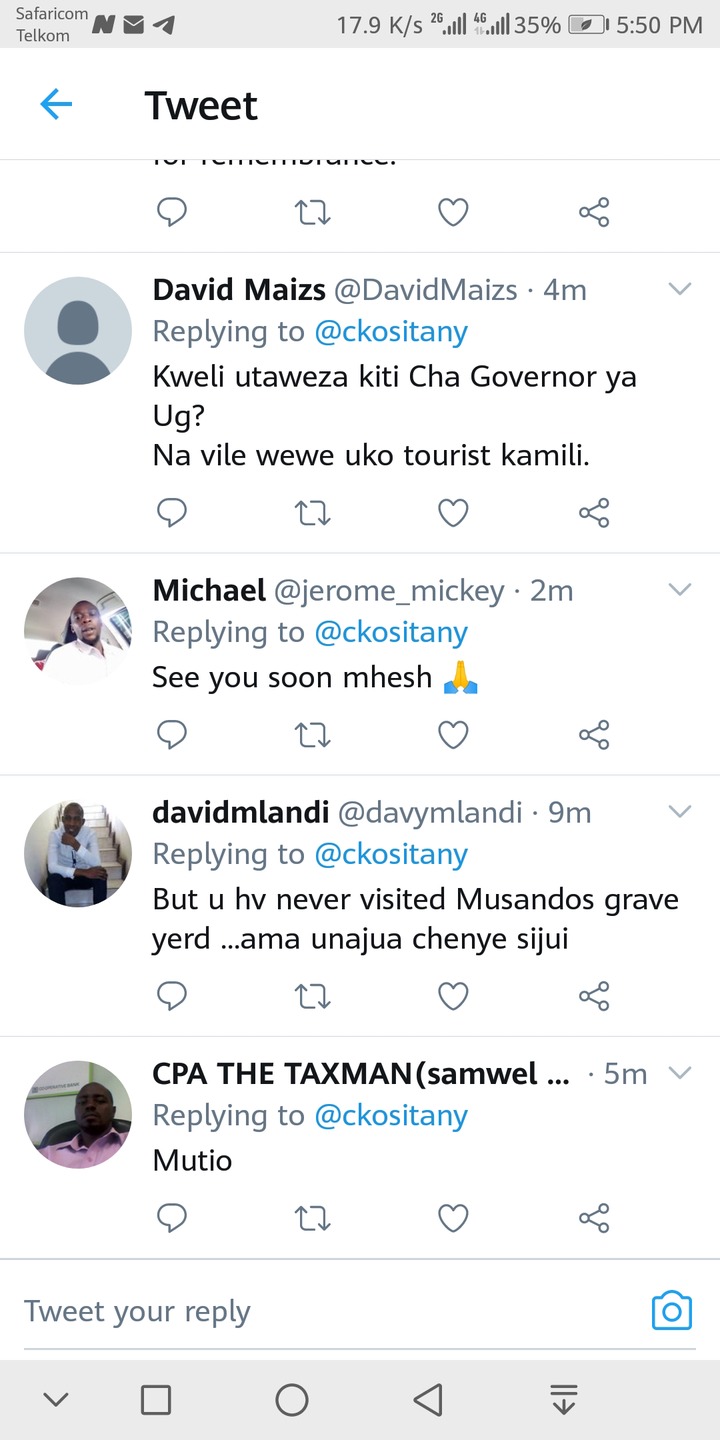