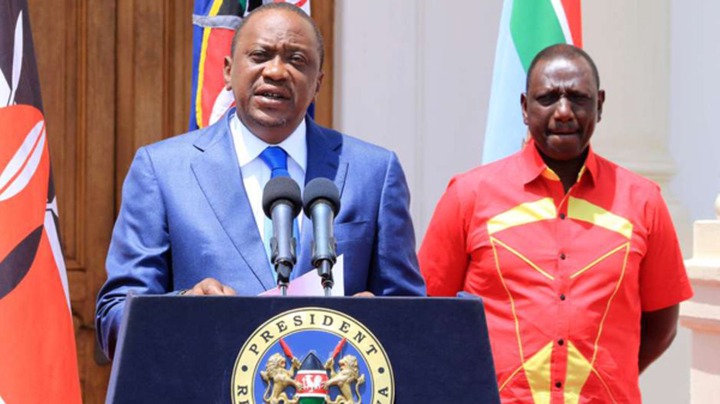 The decision by the president was seen by many as a betrayal to his deputy William Ruo, who according to many was supposed to be involved in the decision to enter the handshake.

The handshake has however come to haunt president Uhuru Kenyatta's political influence in Kenya, especially in his Mt. Kenya backyard. 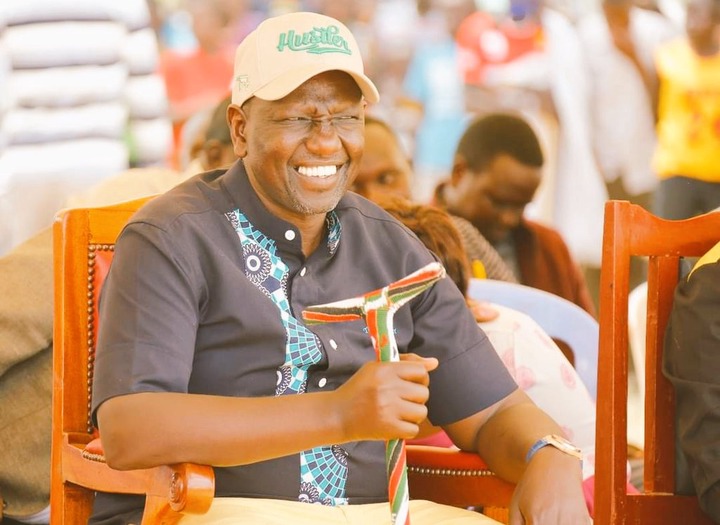 The president's Jubilee party has received a string of defeats various by elections in Mt. Kenya, the recent being Kiambaa constituency where DP Ruto's UDA candidate beat Uhuru Kenyatta's Jubilee candidate hands down.

This has been seen by many as a result of Uhuru Kenyatta's dwindling political influence in Kenya, and sadly in his Mt. Kenya backyard.

A section of political leaders allied to Uhuru Kenyatta's kiekeweke faction of Jubilee party have now come out wanting the top leadership of Jubilee Party reconstituted following the defeat in the just-concluded Kiambaa by-election where their candidate Kariri Njama lost to UDA's John Wanjiku on Friday, July 16, 2021. 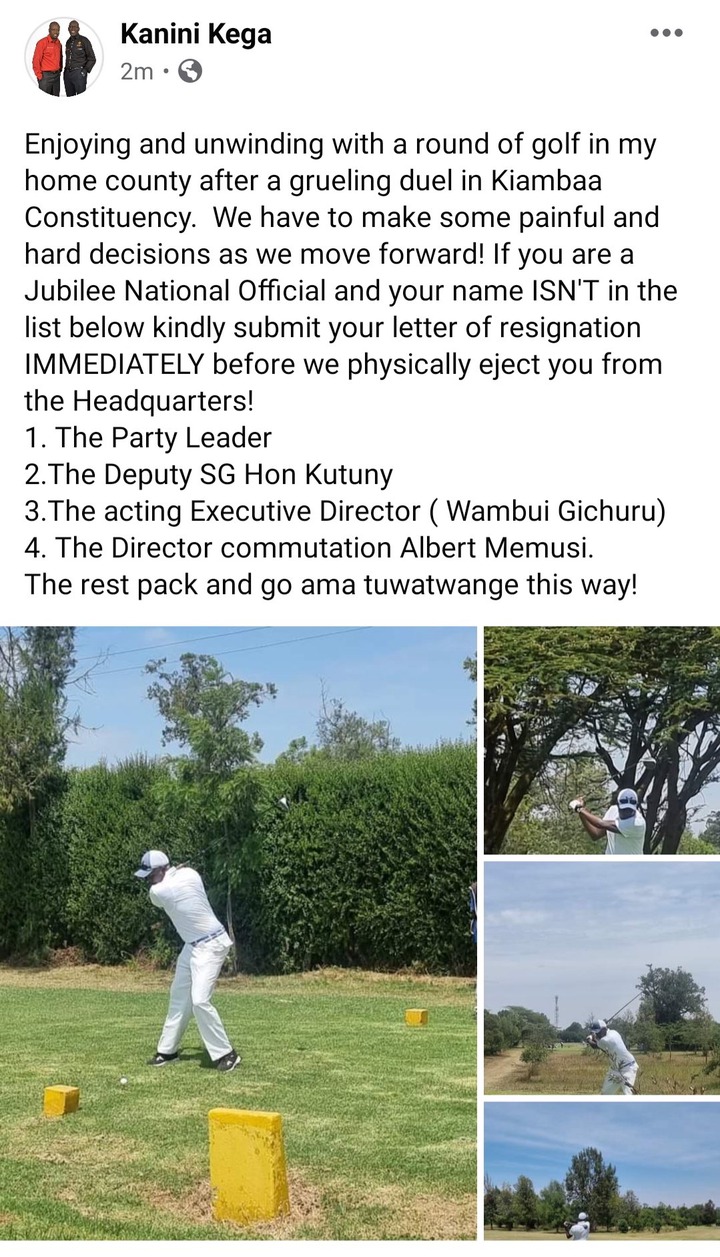 The Kieni Member of parliament Kanini Kega has said that top leaders of the ruling party should pave way for fresh leadership.

Kega has also blamed Jubilee party Secretary General Raphael Tuju , Deputy Vice Chairman David Murathe, who is also a former MP for Gatanga for their failure to offer better results and a win in the just concluded Kiambaa by-election as was agreed.

While speaking in an exclusive interview with Radio Citizen, Kanini Kega has said that the two leaders failed to show on the ground in Kiambaa during campaigns and in election day to offer support to Jubilee candidate Kariri Njama. 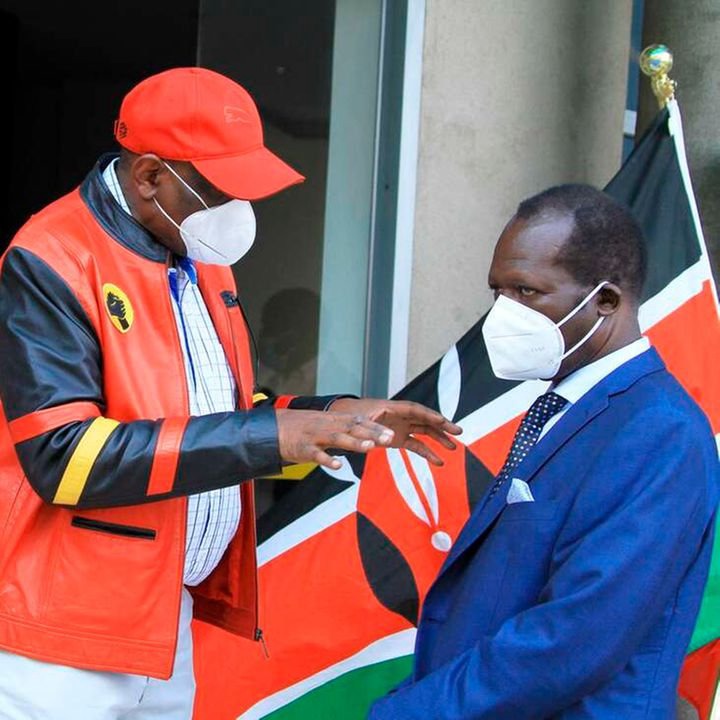 Duale, a vocal supporter of DP Ruto has claimed that the key organs of the ruling Party has ceased to function.

The former national assembly majority leader further said that DP William Ruto's tangatanga camp cannot and will not use a party that has problems during the 2022 general elections. 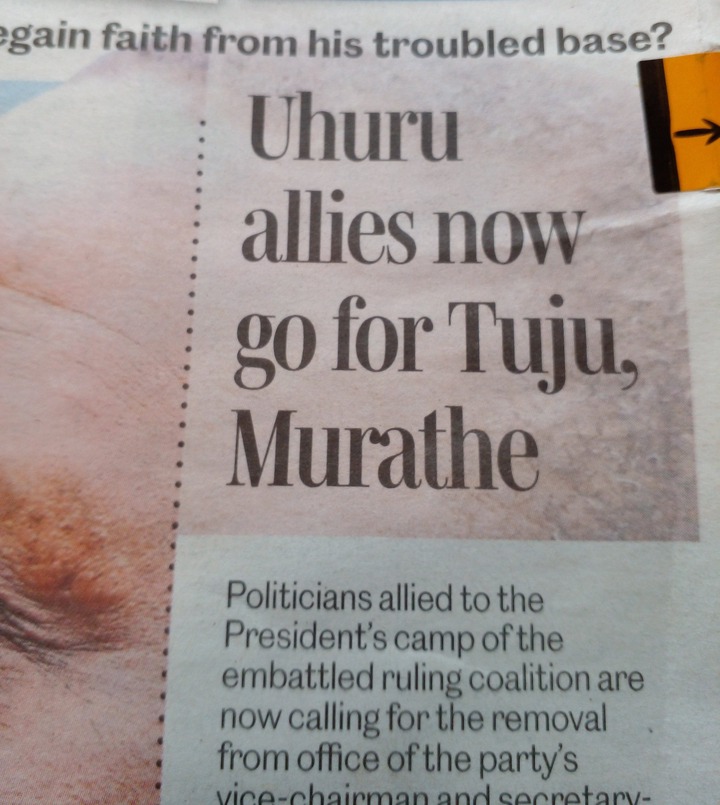 On the other hand, Kieleweke vocal legislator and Uhuru Kenyatta's supporter, who is also the women rep for Lakipia Cate Waruguru has on her side stated that she might consider shifting her allegiance to another party if Jubilee party fails to solve their problems before 2022. 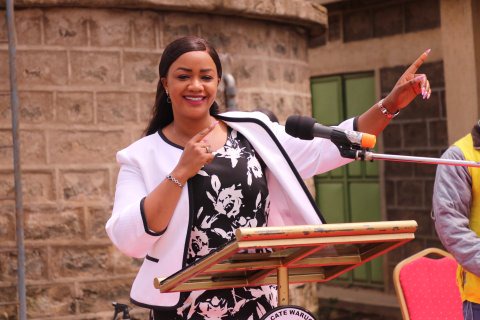 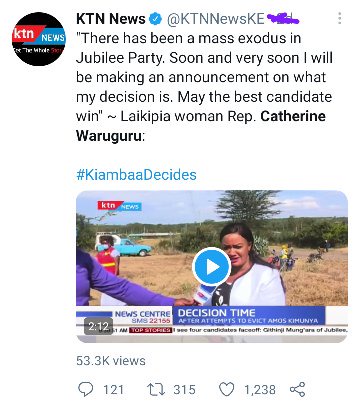 While speaking on Citizen TV on Thursday few months ago, Jubilee party secretary general Raphael Tuju defended himself stating that the by elections witnessed a low voter turnout as compared to a general election.

He further went on to promise that plans were underway to revive the party after the Juja and Bonchari by elections loss. 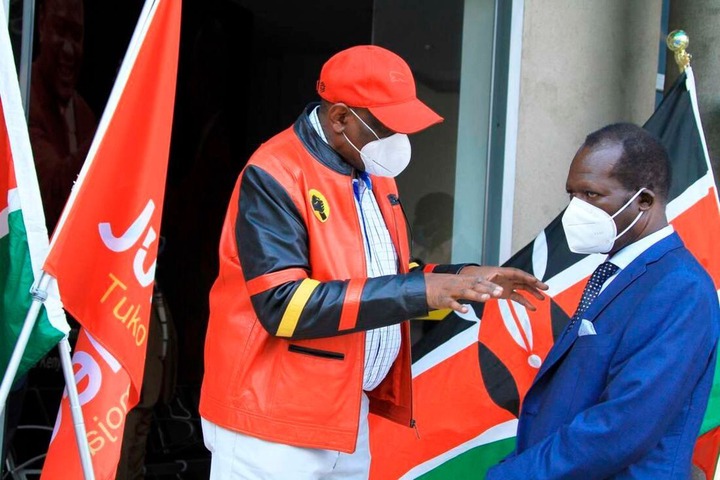 "Those who have won in the by-elections, a few wards where turnout was very low and the dynamics are completely different with a general election.

They have every right to celebrate but we will be back.

We have performed very well in past by-elections but this particular time we were not that lucky. 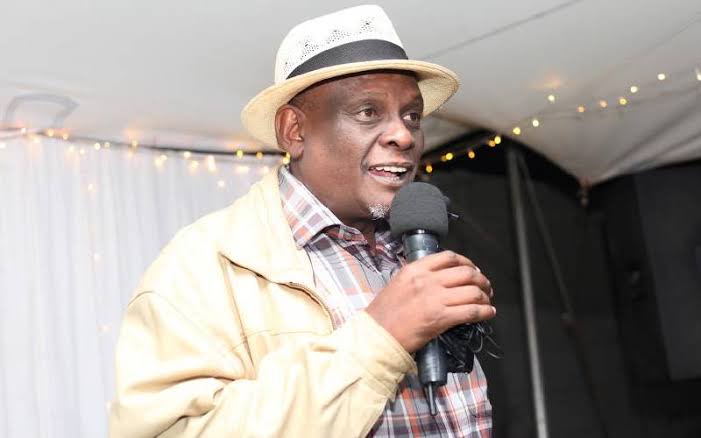 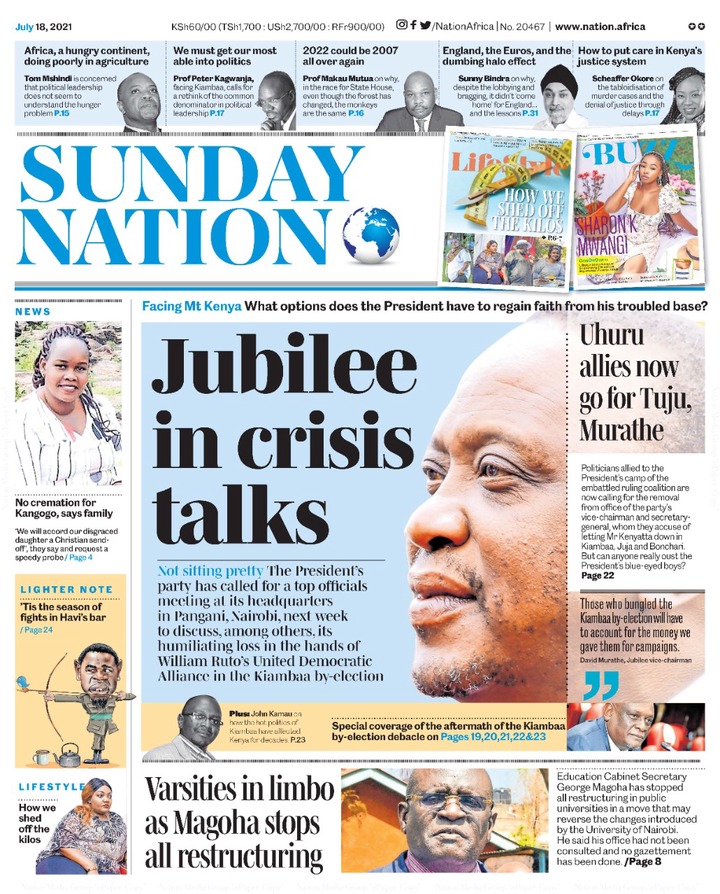 We did not perform well and we should not have useless excuses," Jubilee party secretary general Raphael Tuju said during the interview.

Jubilee party vice chairman David Murathe on his side backed up the sentiments by Raphael Tuju saying the voter turnout during by elections was low and he did not see a reason why Deputy President Willaim Ruto allies were allover the moon about the win. 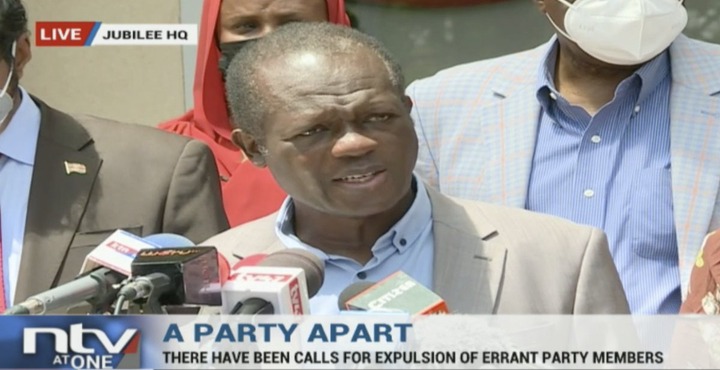 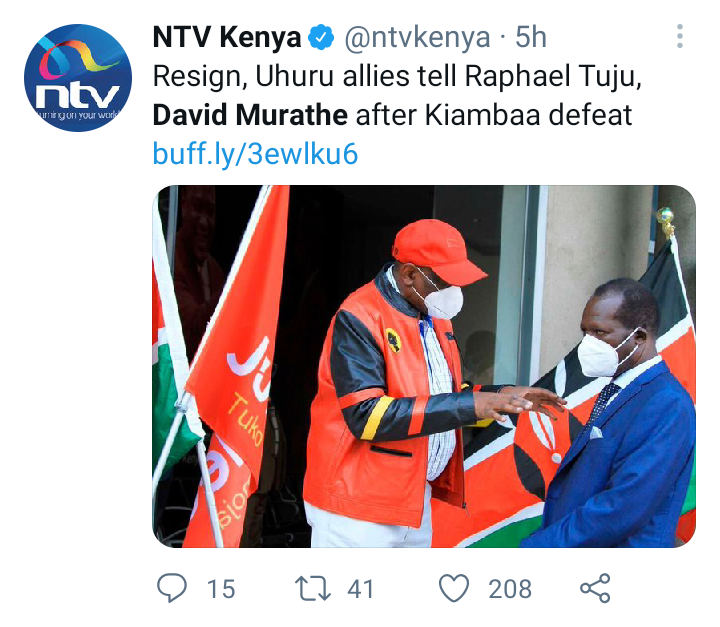 "Who says that every time you run an election you have to win it?

You go to an election to win or to lose.

If William Ruto's allies believe that they are strong enough, let them move out of the Jubilee Party so that we conduct little general elections in their constituencies," David Murathe said in a previous interview with KTN News.

All eyes in politics are now on the next move by Jubilee party allies as analysts wonder whether it will merge with ODM or fix its internal problems first. 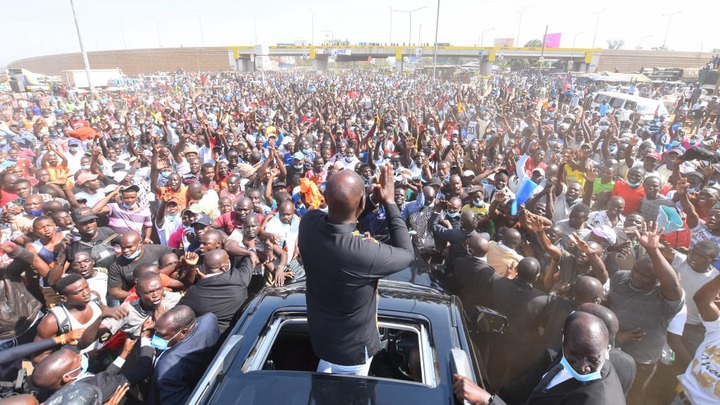 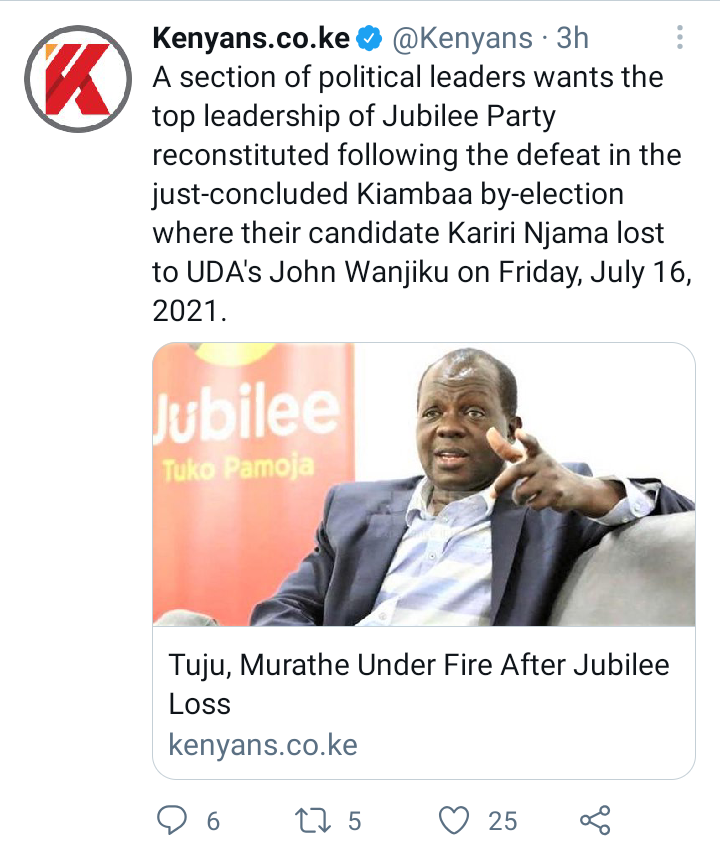 Close sources to the head of state, and who sought anonymity has said the head of state is ready and has ordered the chasing of Jubilee party secretary general Raphael Tuju and vice chairman David Murathe, who have become a disappointment to his political influence especially in his Mt. Kenya backyard.

The sources have revealed Uhuru Kenyatta has scheduled a crisis meeting next week, where the two will officially be dismissed from the party. 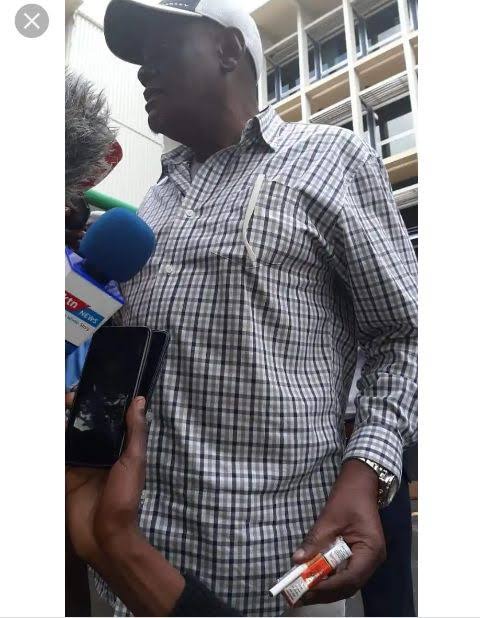 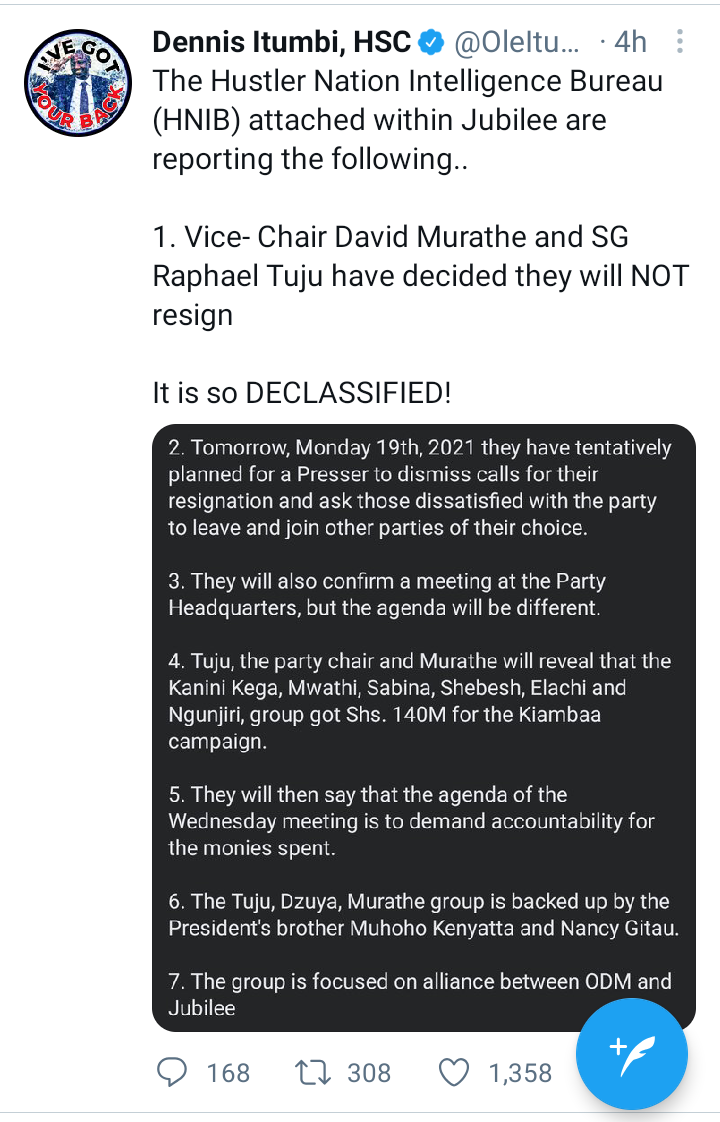 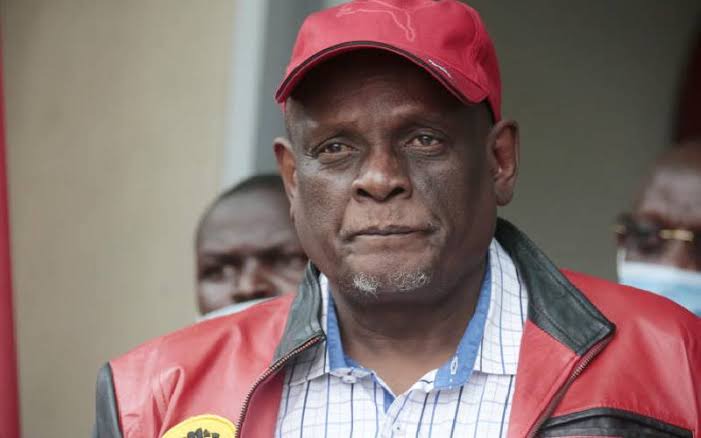 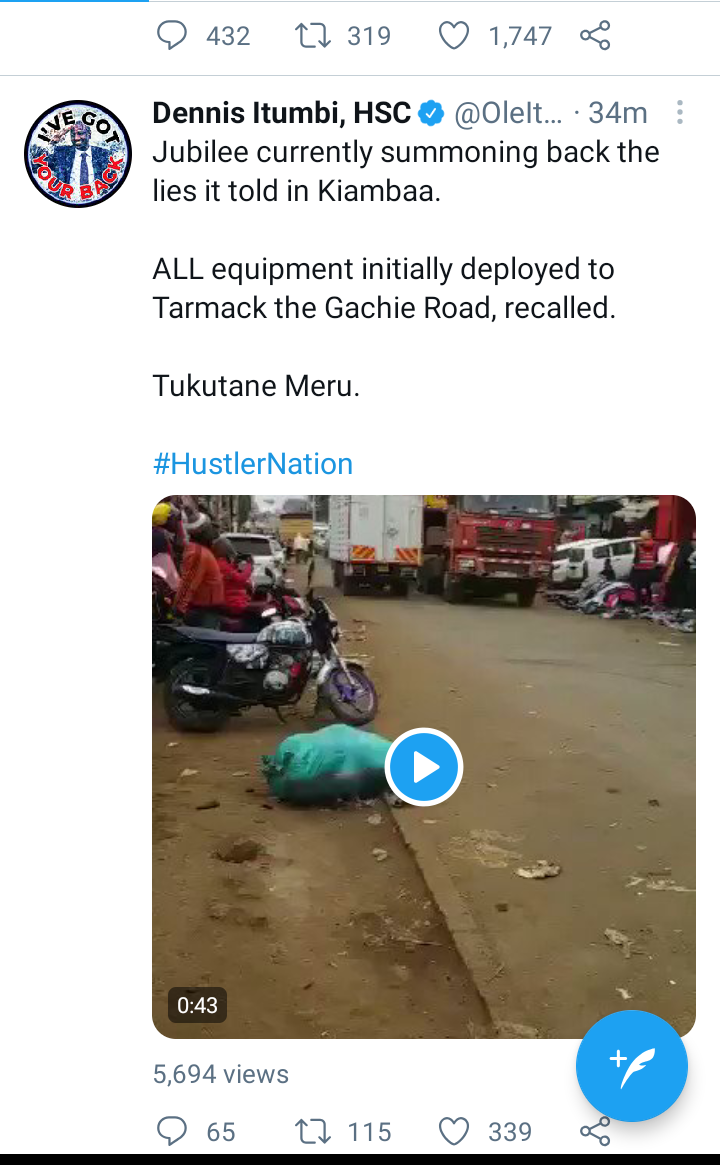 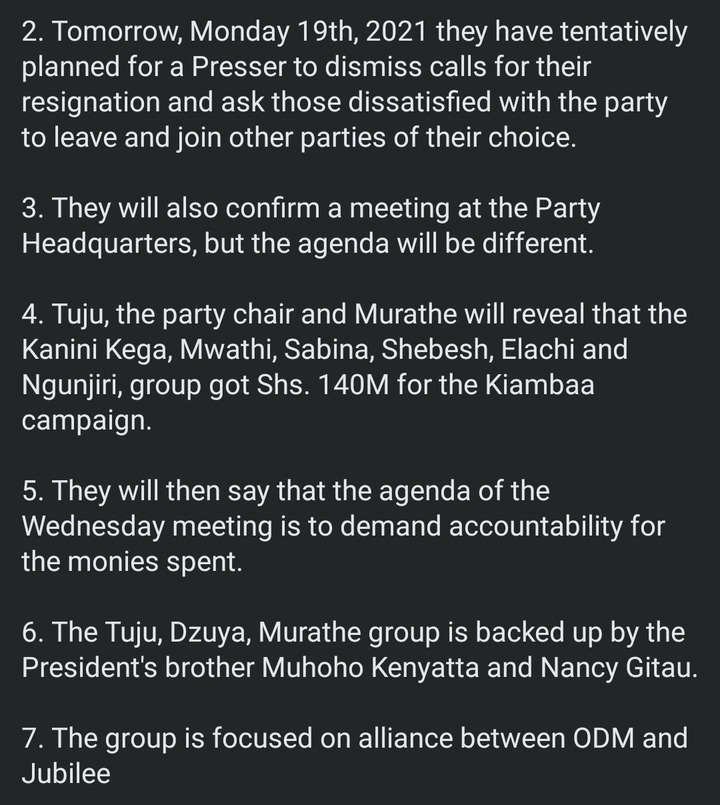