Deputy President William Ruto continued with his tour to popularise his bottom-up economic development model in the Western region by making a mid morning stoppage at Bumala Market, Busia County. 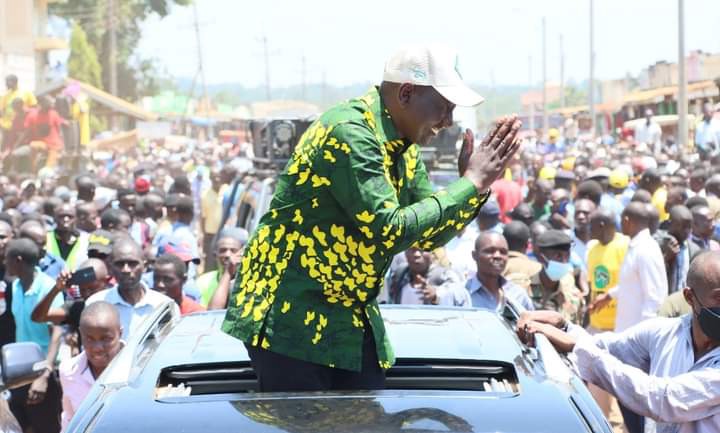 While addressing the residents at the market, Ruto had his speech interrupted by a man carrying a big-wheeled wheelbarrow as he was forced to pause his speech to ask the man to bring down the wheelbarrow so that those who were standing from behind could also peacefully watch him speaking.

"Mimi nawaambia hivi (I want to tell you this)," Ruto began his speech as before seeing the big wheeled wheelbarrow in front of him.

"Your wheelbarrow is blocking others. Don't worry I will deal with you." 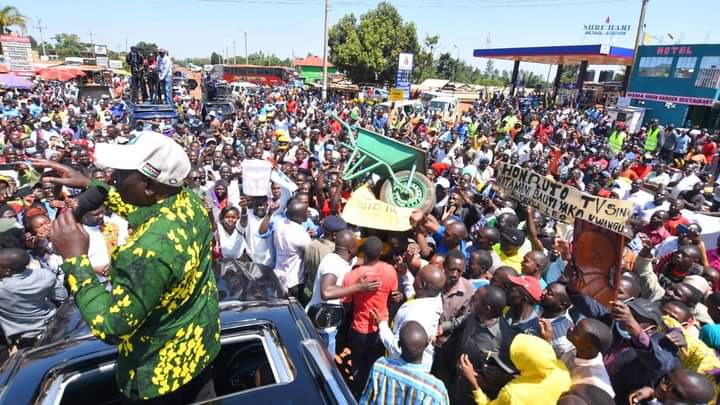 The DP then went ahead with his speech in which he challenged his competitors and said that it is the youths who will determine the next president, not the Deep State or meetings held in hotels.

He also launched an attack believed to be directed to President Uhuru Kenyatta as he promised Bumala residents that if elected President, he will ensure that he save them from increased charges from Fuliza and the shyllocks which according to him, are caused by 'unnecessary' loans taken by the President. 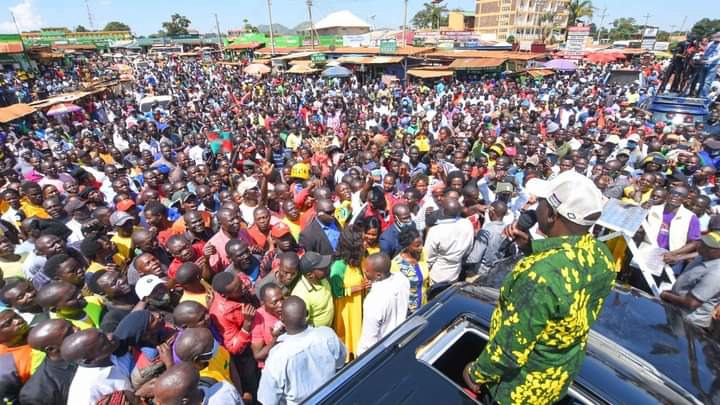 "Some people have been listed by CRB as others faced with tough conditions of Fuliza because of unnecessary borrowing of money that cannot be paid."

Without forgetting the "wheelbarrow man", Ruto called him and handed 10 thousand shillings to him. 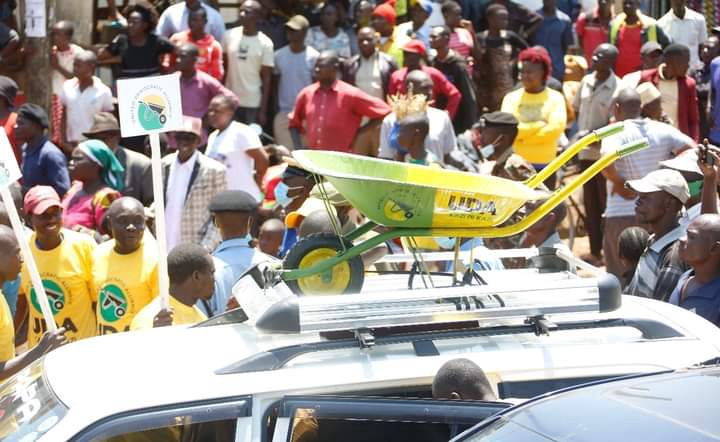 A Woman Reveals How She Could Hide In The Toilet To Take Her ARV Drugs So No One Would Suspect Her.

"They Broke My Two Fingers" Spy Queen, Jane Mugo Breaks The Silence and Reveals How She Was Beaten

Ways On How To Stop Smoking.