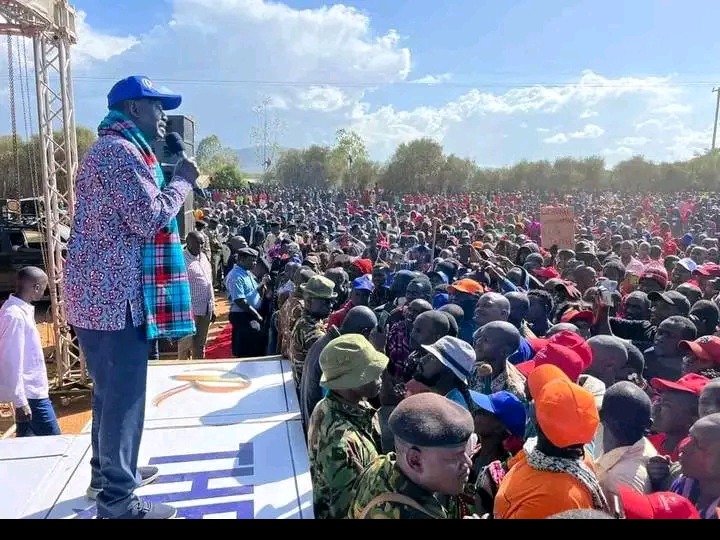 Deputy President William Ruto in his earlier campaigns on Friday claimed that Martha Karua was the only choice for Odinga since they have seen the influence Kenya Kwanza Coalition has in Mt. Kenya and they wanted a person from the region adding that Azimio la Umoja's choice was not based on Karua's political achievements.

Ruto's remarks has since stirred a lot of reactions in the political scene and the ODM party leader Raila Odinga is one of the latest politician to reply him. Addressing citizens in Narok County, Odinga has told DP Ruto that he took a deliberate decision of choosing Karua as his running mate and surprised by people saying she's just a woman. Odinga added that the people saying so are fools and this seemed to be a reply to Ruto's earlier remarks about Odinga's choice.

"I took the deliberate decision of nominating Karua. Now I hear some people saying she is just a woman. Those are fools," said Odinga. 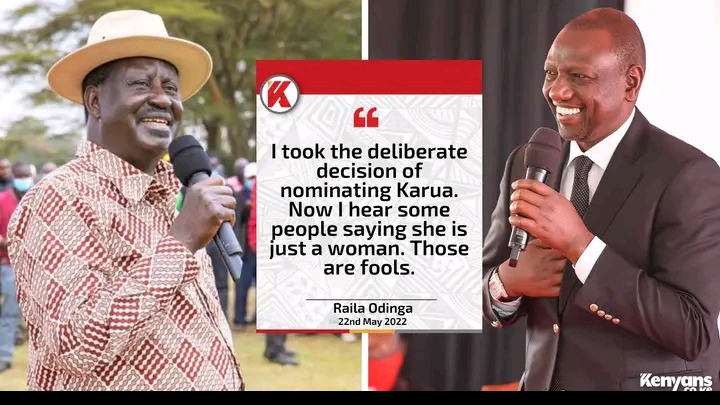 Remember this Azimio la Umoja campaigns in Narok County is the first of a kind as Odinga shared the same stage with his running mate Martha Karua ever since she was chosen as August polls are just around the corner. 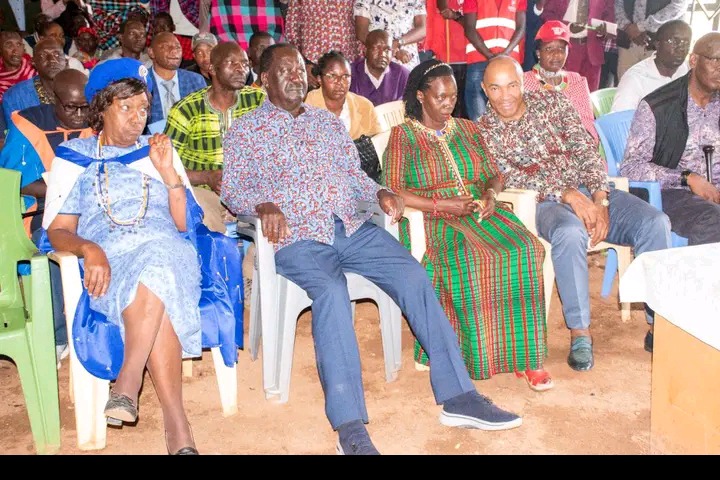