Raila Odinga is strategising to be the next president in the country as soon as President Kenyatta retires this August.He is out to make sure that he bags as many followers as possible.Today,the ODM party leader is expected to unveil his running mate.Martha Karua is likely to carry the day as the Azimio la Umoja running mate. 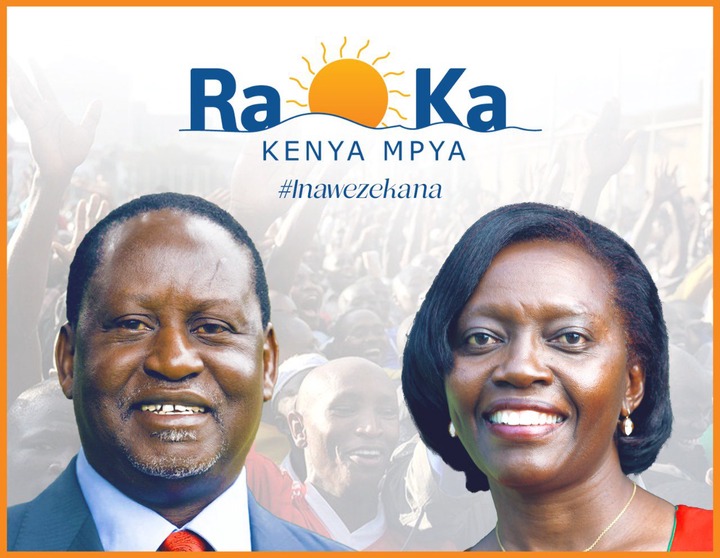 Raila's ODM party members got aggitated in the last nominations.Some allies got rattled after Raila issuing direct tickets to some allies.In Homabay County,seven Gurbanatorial candidates including John Mbadi decided to back Wanga as the county's boss.However,Dr Evans Kidero refused to back down.Since then,Kidero announced that he would vie as Independent candidate. 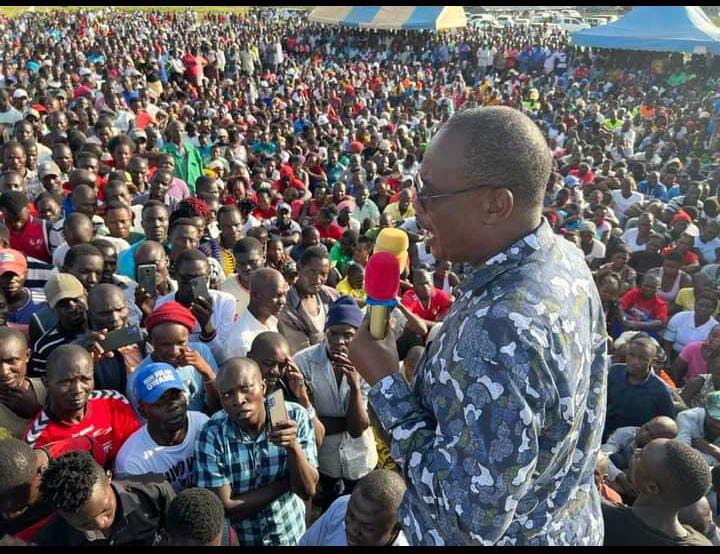 However,it is now emerging that Raila Odinga is silently regretting for having issued direct ticket to Wanga.This is because Dr Evans Kidero's popularity is stinging.As reported by one of the local dailies,Raila is angry with Awiti after discovering that the Governor misled him for the direct party ticket option that may now handle Kidero a win. 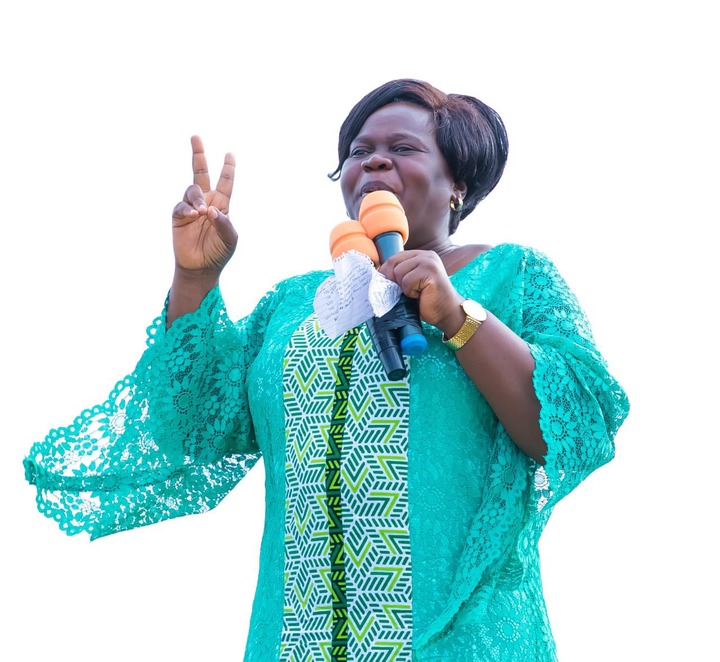 As reported,Wanga's running mate Oyugi Magwanga has been over heard saying that they are loosing ground in Homabay.The newspaper reports that Raila is regretting for having not allowed the competitors to go to the ballot for nomination.Will Wanga really win? 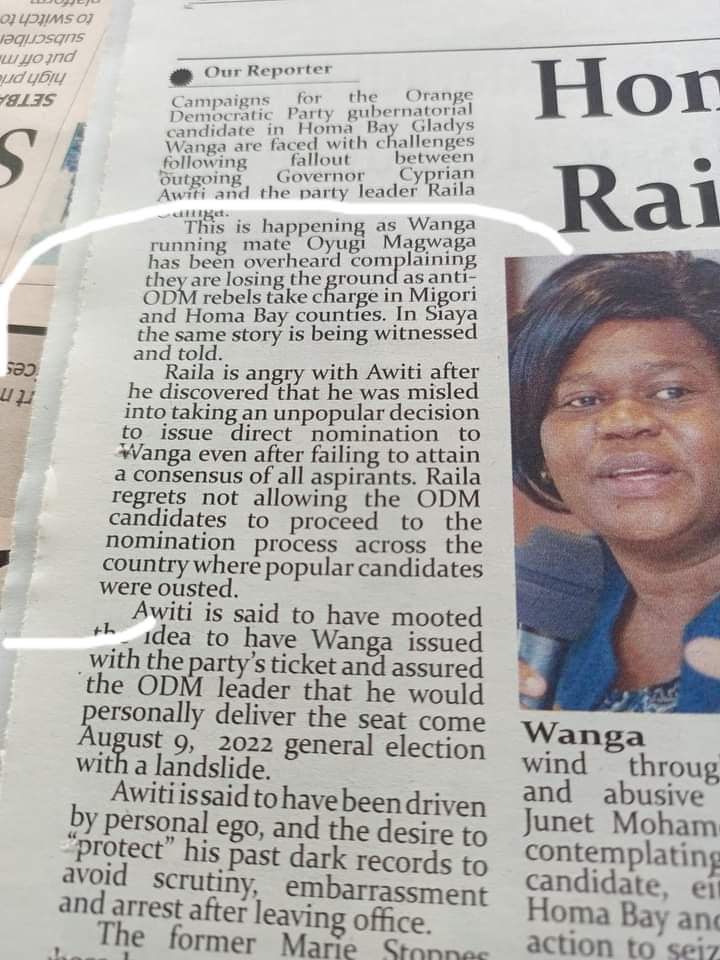