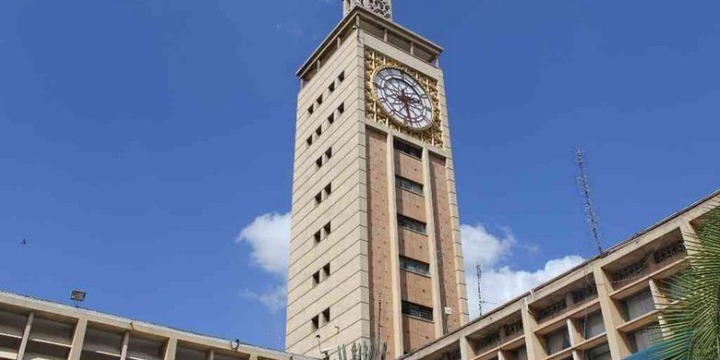 A blustery relationship inside Parliament Building has involved three respectable members of the house. In a script that reads like that of a young adult romantic tale, two Members of Parliament from Nyanza have been roped in a love triangle with a senior worker in August House. This is according to the People Daily Newspaper on Wednesday 24th March 2020. According to the newspaper, it is affirmed that the two Nyanza legislators have not been in accord after one Member of Parliament found out that the senior parliament worker he was once attracted to worker had a brewing affair with a first-time lawmaker. Things reached a danger level during a recent convention meeting when a harsh trade of words ensued. Those present during the incident revealed that the words traded were nasty and unpalatable. The newspaper has not revealed the identity of the lawmakers nor that of the senior parliament employee.

Who do you think the lawmakers are? 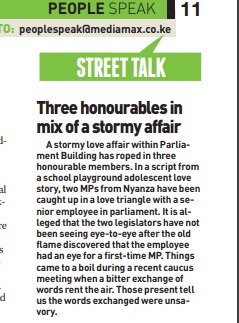