UDA Senator Faults Raila For Standing With Cherera, Claims The 'Secret' Behind This 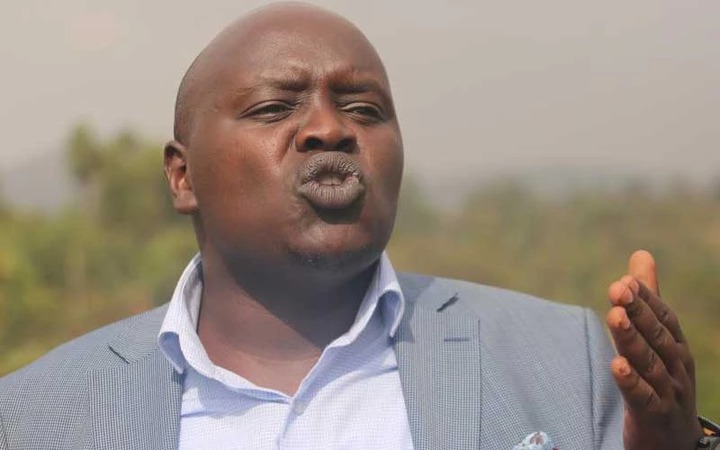 Taking to his Twitter account on Thursday evening, the firebrand Rift Valley youthful politician noted that Raila Odinga was just confirming that he was working with Cherera during the campaign period. 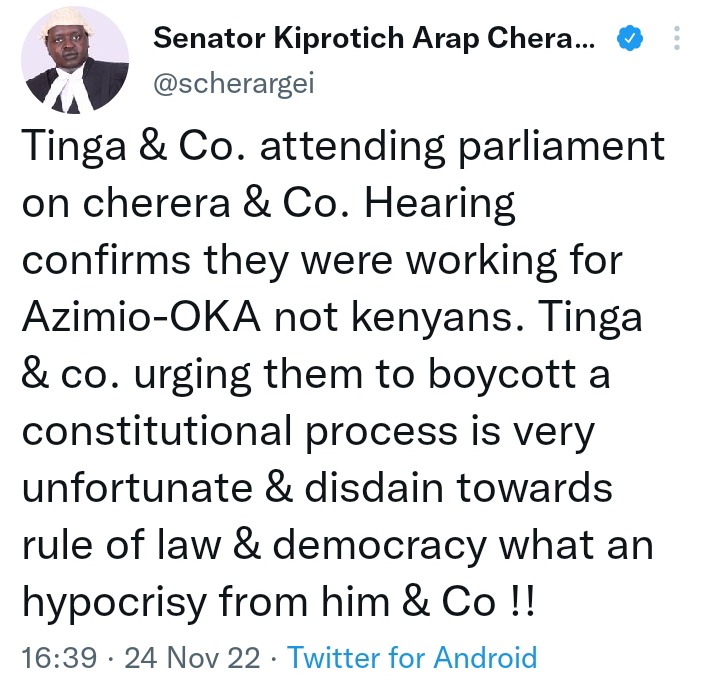 "Tinga & Co. attending parliament on cherera & Co. Hearing confirms they were working for Azimio-OKA not kenyans. Tinga & co. urging them to boycott a constitutional process is very unfortunate & disdain towards rule of law & democracy what an hypocrisy from him & Co,"said Samson Cherargei.

The four dissenting commissioners who are IEBC Vice Chairperson Juliana Cherera, Justus Nyangáya, Irene Masit and Wanderi Kamau stunned the nation in August during the announcement of Presidential results. 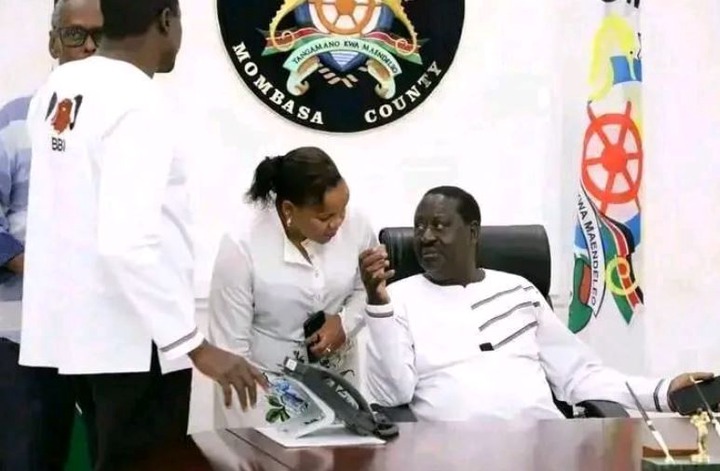 The four disputed the results which declared William Ruto as the President-Elect arguing that they were not reflecting the will of the people.

A section of MPs are now plotting to remove them through parliament but Raila has insisted that they are being politically witch-hunted.