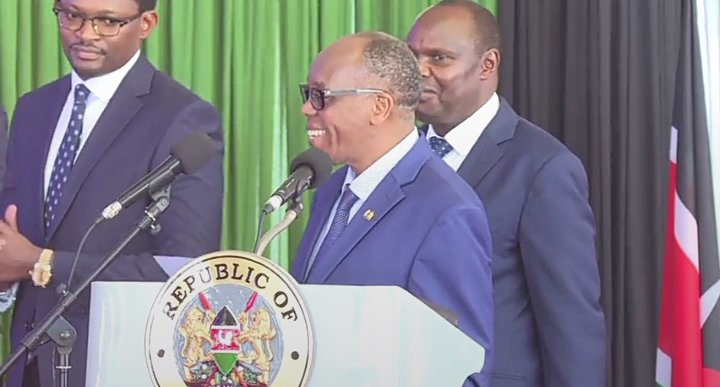 A week after handing the mantle to the new Chief of Staff and Head of Public Service Felix Koskei during the swearing in ceremony of President William Ruto's Cabinet on October 27th, Joseph Kinyua seems to be still around even as other immediate former Cabinet Secretaries fade from the limelight after being replaced.

Kinyua who gained fame and admiration among Kenyans with his closeness to former President Uhuru Kenyatta and his longtime service to the public was spotted at State House today on November 5th as President William Ruto hosted an IMF delegation.

Despite having announced on that October 27th that he was "handing over the mantle of coordinating the Public Service to a new generation of public servants" with that supposed retirement, he was today spotted in the State House boardroom during the President's meeting with the IMF Director for African Department, Mr. Abebe Aemro Selassie.

As seen in the photos below, he had occupied a back seat of the boardroom next to the newly appointed Deputy Chief of Staff Josphat Nanok. 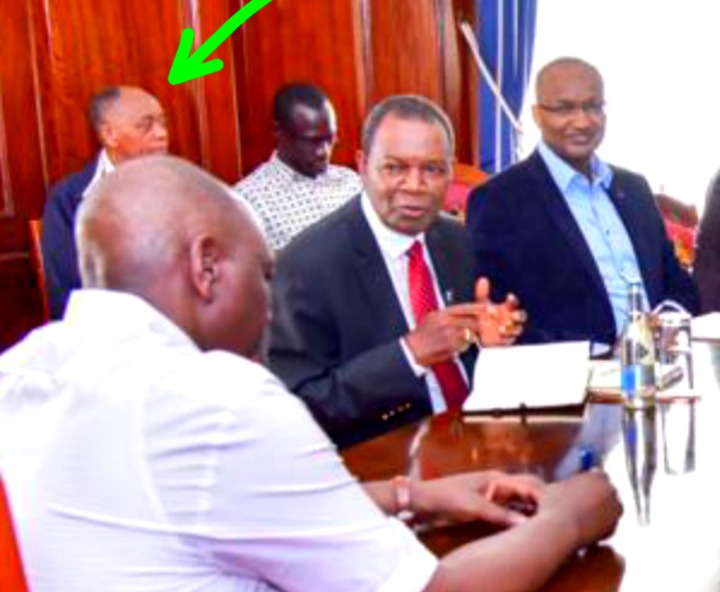 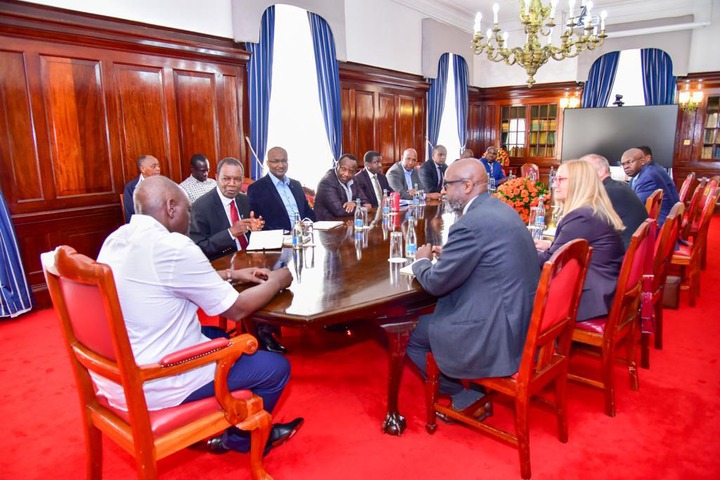 Kenyans that spotted him in photos that captured that meeting seemed to be impressed by his presence and some praised him for his "humility" and "diligence" that has seen him serve in four regimes so far.

In reaction to his presence, one Elijah Mwaura commented on a photo that captured him in a Facebook update by the President that the "Presidents' favourite (Joseph) Kinyua still sitting on the high table of decisions.

This man must be diligent and straight in his work and a resolute adviser to be relevant to four regimes." 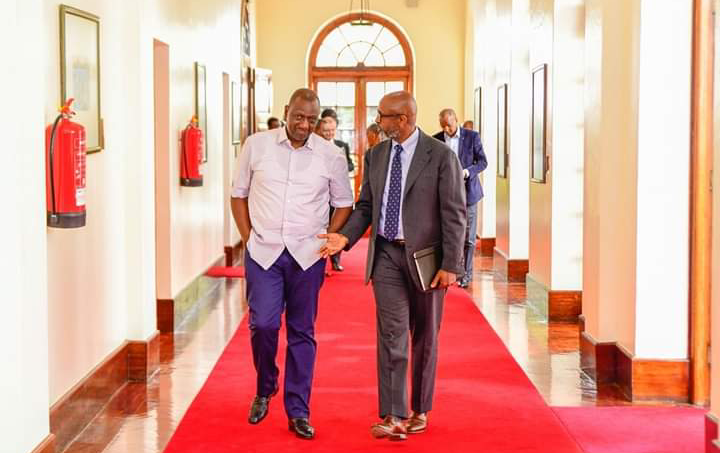 The President said in an update on the meeting with the IMF delegation that "we are confident that the adjustments we are making to our economy will create and sustain prosperity for all.

We are taking deliberate measures to strengthen the economy through reforms at the Kenya Revenue Authority, shifting from consumption subsidies to production, raising the level of national savings and focusing on value addition among others.

We are grateful that the International Monetary Fund is aligned with this strategy." 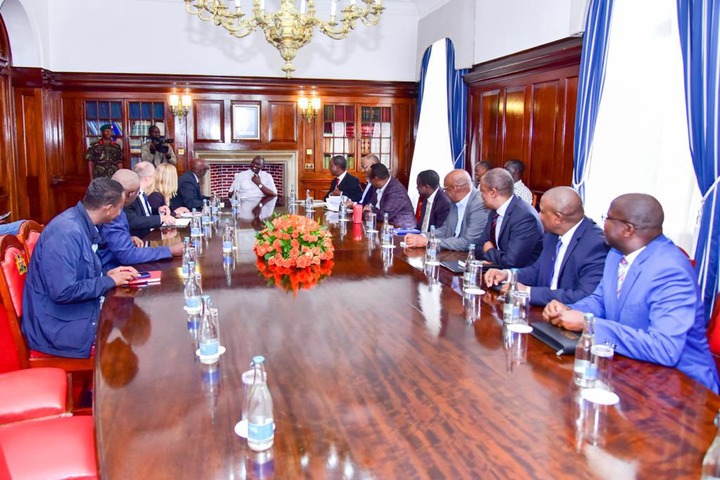 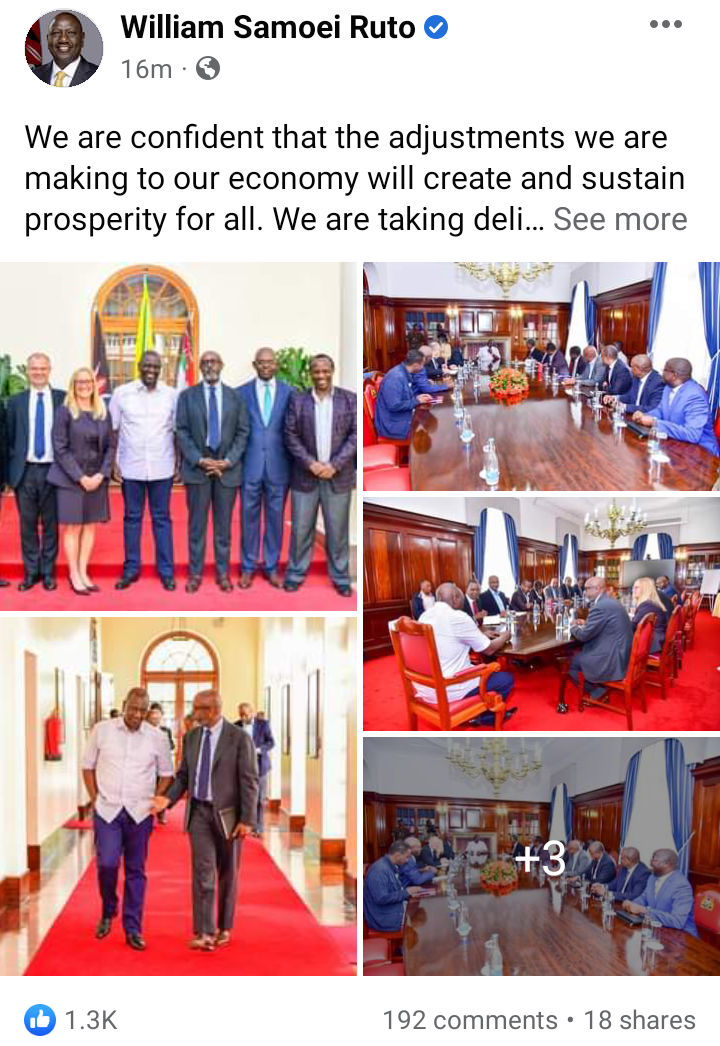 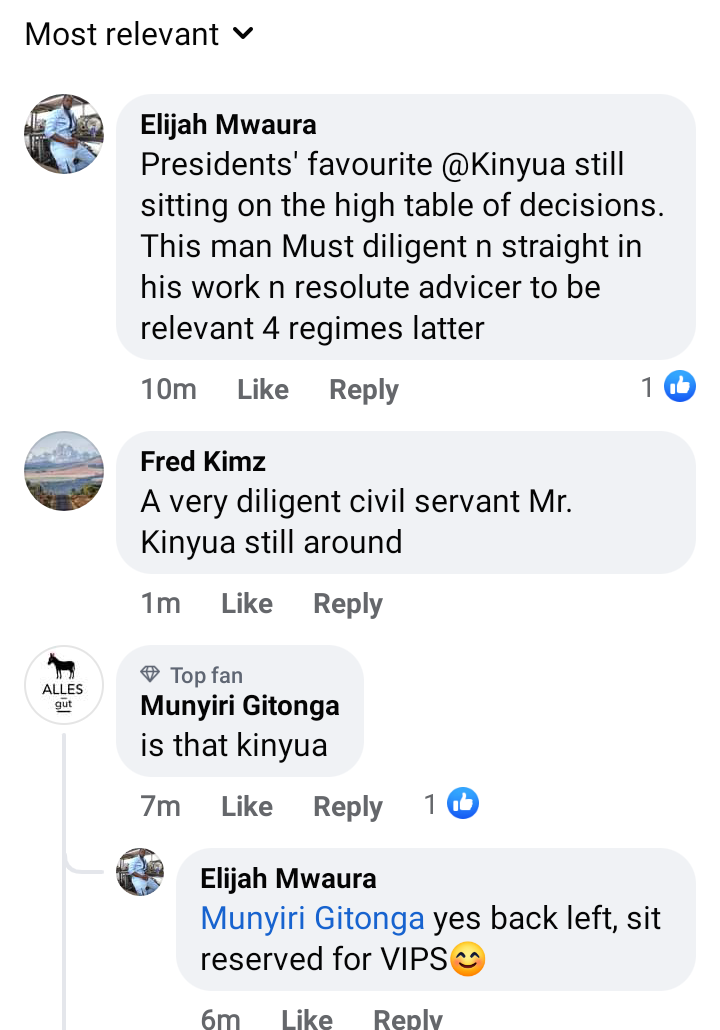