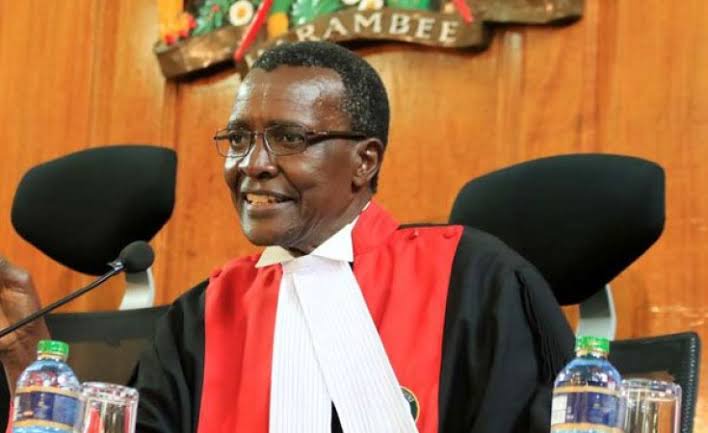 In the last days of former Chief Justice David Maraga, things almost became worse to the Members of the Parliament. That is because David Maraga came out publicly to advise President Uhuru Kenyatta to dissolve his Parliament.

Although President Uhuru Kenyatta chose to ignore the Chief Justice, 2/3 gender rule has been the talk of the nation for a period of time now. It is even included in the BBI and everywhere in any possible future plans.

All those debates and discussions on giving women special chances has been angering Raila Odinga's ally Peter Kaluma. It reached a point where enough was enough for Kaluma as he angrily gave the 2/3 gender rule a big blow through his harsh statement. 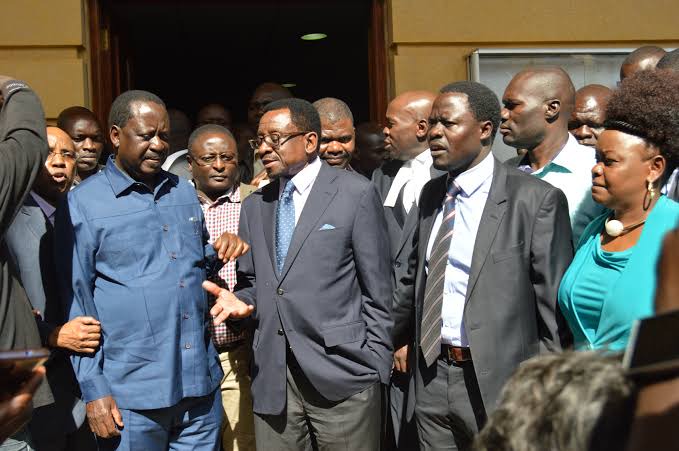 "Let's delete the 2/3 gender requirement for elective positions from the Constitution. Kenya should not debate an abstract thing like being male or female for eternity as other countries elect leaders, whatever be their sex! Leadership is not gendered!" Tweeted Peter Kaluma. 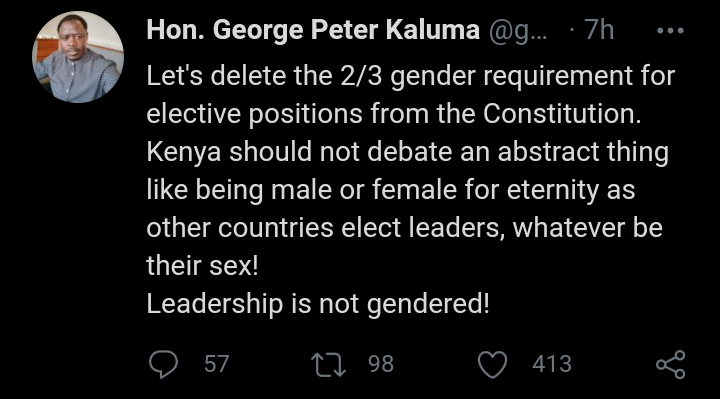 Here Are The 5 Judges Of High Court Who Delivered Landmark Judgement On BBI Report.

Uhuru, Raila Receives Another Shocker On BBI After Itumbi Alleged The Following

The Government Will Fix You: Havi, David Ndii & Judge's Warned After The Daring Move to Stop BBI