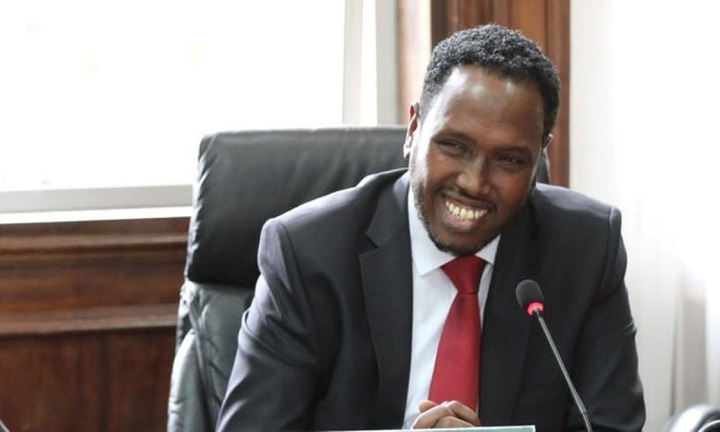 Speaking, Owen Baya who's a die-hard ally of President William Ruto's Kenya Kwanza had alleged that they as United Democratic Association ( UDA) won't de-whip Yakub Salah over his remarks of removing the presidential limit thus creating a long live presidency.

Salah instead responded by citing that he's not afraid of being de-whipped revealing that he will continue speaking his mind.

Owen Baya: We ( UDA) will not de-whip you

Salah Yakub : I'm not scared of being de-whipped, I will speaking my mind.

UDA had earlier on claimed that Salah might face the disciplinary action for misrepresenting the party via their chairman Johnson Muthama. 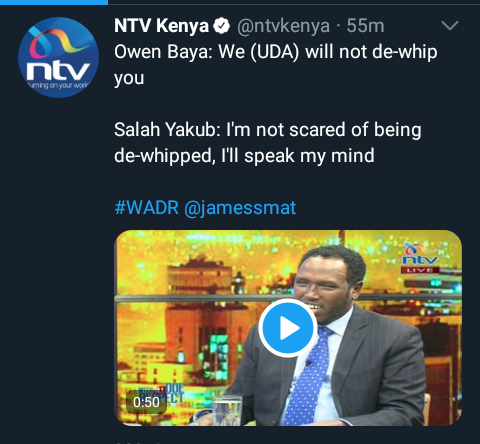 It should be noted that Salah's proposal elicited mixed reactions from kenyans as well Azimio la Umoja's allies who boldly refuted the claims and therefore Owen Baya has warned Azimio against taking that remarks as war.

" Our competitors( Azimio) should hold their horses this is just one soldier who miss fired his gun, it doesn't mean there's war", he revealed.