We've warned you, but you're not paying attention." Kalonzo has been told to fire his top advisers.

By Rotichkipngeno (self media writer) | 1 month ago 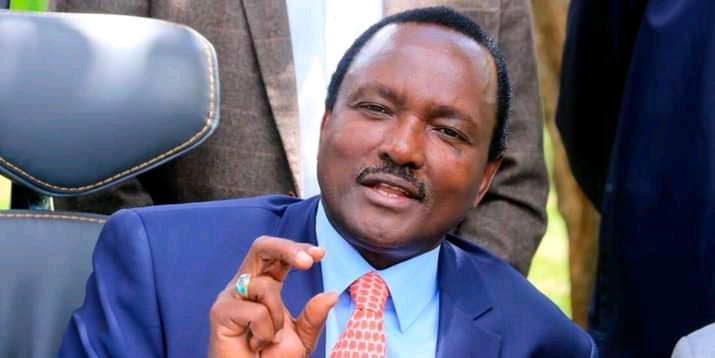 The Wiper party leader Kalonzo Musyoka has been told to drop his political advisers among them Mutula Kilonzo Junior, Dan Maanzo and Senator Enoch Wambua. According to lawyer Makau Mutua, the three leaders will badly ruin his political career and he will live to blame Raila Odinga for nothing.

The Azimio Spokesperson, Makau Mutua, is clear that if Kalonzo Musyoka does not drop the three leaders as his advisers, he will regret it greatly because they are the ones pulling him out of Azimio. He accuses Mutula Junior, Maanzo, and Wambua of attempting to drive the Wiper party leader into a deep hole, where he risks permanently destroying his political future.

Kalonzo Musyoka, the Wiper party's leader, has remained undecided about his political destiny and where he needs to go ahead of the August 9th elections. He has been flip-flopping and providing several political orientations, indicating that his political viewpoint is still unclear to the majority of Kenyans.

After being denied the position of running mate, Kalonzo left the Azimio alliance and promised to run for president. However, it is evident that Kalonzo has lost focus, and Kenyans are unsure about his future political decision, as he may return to Azimio, go all the way to the voting box, or join Kenya Kwanza.

Content created and supplied by: Rotichkipngeno (via Opera News )

Bahati Chased away From the Azimio la Umoja Convoy