As Kiambaa constituents and aspirants continue to prepare for the by-election to elect a new Member of Parliament, one of Jubilee Party die hards and political analyst have caused an uproar after he predicted that the ruling party might lose the seat which they are expected to win since it's in the heart of their voting bloc.

Political Analyst Mutahi Ngunyi used his official Twitter handle to express his feelings and views on the by-election, where he claimed that UDA candidate might carry the day over the Jubilee Party candidate. 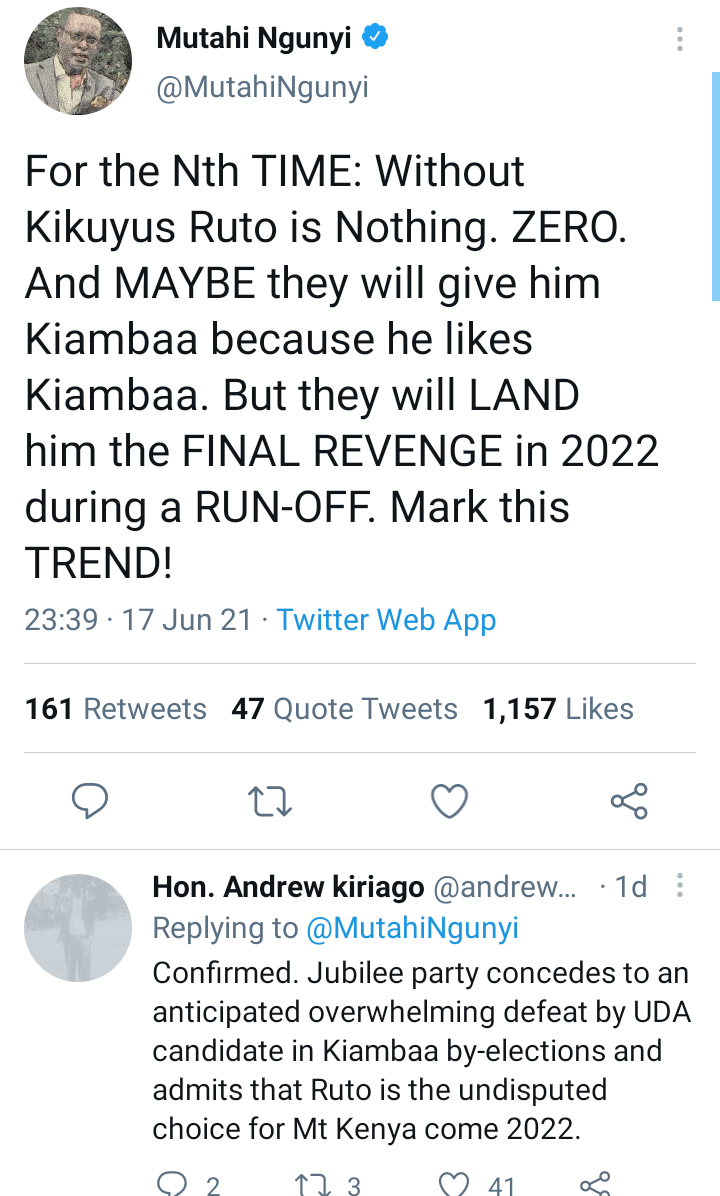 At the same time, he predicted of a possible rerun of the 2022 presidential election where he revealed that Ruto will be handed a final revenge in the Run-off election.

This comes at a time when the Jubilee Party is experiencing wrangles and turmoils after the president allegedly announced that he will be supporting a NASA candidate in the forthcoming presidential elections. This has caused a near political split in the vote rich Mt Kenya region.