Mixed Reactions As Ngunyi Reveals How Raila Drove Kibaki In Ambulance, Paid For His Air Ticket 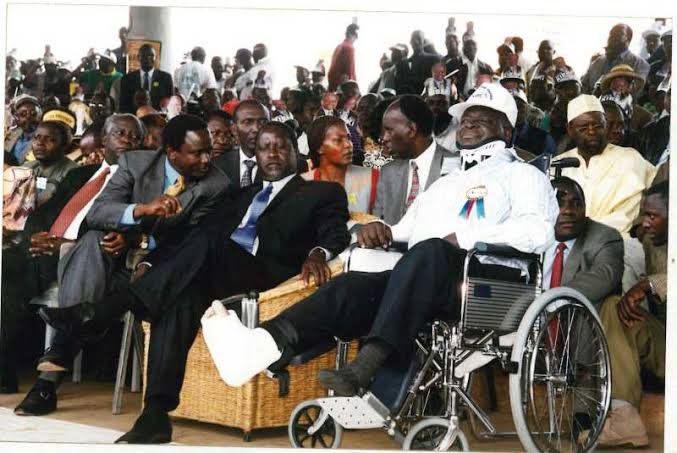 The former Prime minister Raila Odinga and his 2002 friend and political counterpart Mwai Kibaki were keen on succeeding Moi and ending the 24 year regime. The two men were known to be good friends with like-minded political ideologies. They would campaign together until the time Kibaki had an accident and Raila had to take over. Raila campaigned for Kibaki with the Slogan "Kibaki Tosha" in his absence when he was receiving treatment in London.

According to the former President's personal doctor, on the day of the accident, he was called by former Kitui Senator David Musila to attend to his patient. Dr. Gikonyo then found out that Kibaki although conscious after the accident, had sustained serious injuries and needed to be rushed to Nairobi hospital. Mutahi Ngunyi on the other hand acknowledged that Dr. Gikonyo forgot to mention that it was Raila who personally drove the ambulance that carried Kibaki to Nairobi hospital.

Raila is said not to have trusted the man behind the wheel in the ambulance that was sent to carry the then presidential candidate.

"What Dr Gikonyo did NOT say in this interview was that Raila did not TRUST the AMBULANCE driver that took Kibaki to HOSPITAL after the Machakos Accident. Raila DROVE the AMBULANCE himself. FACT of HISTORY." Wrote Mutahi Ngunyi on his official Twitter handle.

Afterwards, Gikonyo recalls being stranded and frustrated at JKIA together with Raila Odinga when the Moi regime refused to give them first-class tickets to enable them to fly to England for specialised treatment. The officials at the airport insisted that they should occupy the economy class seats or pay in cash for first-class tickets. Raila offered to pay for the tickets noting that the president could not fly while on the back of the plane.

"They demanded that if we were to go to first-class, we must pay and I remember all this was done by Raila Odinga and he said he will pay since we must get seats at the front of the plane.

The difficult bit now was how to get the stretcher onto the front of the plane because the aisle was not wide enough for a stretcher. I have a lot of respect for Raila, he came with eight men and they carried that stretcher while on their knees from the back of the plane to the front seat of the plane," recalled Dr Gikonyo.

Kenyans have reacted to the then state of affairs between the two leaders some praising Raila for his courage, goodhearted nature and leadership skills while others dismissing the whole thing as a hoax or inconsequential. 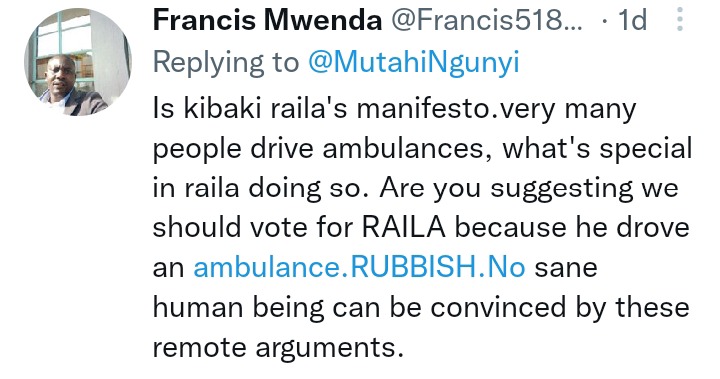