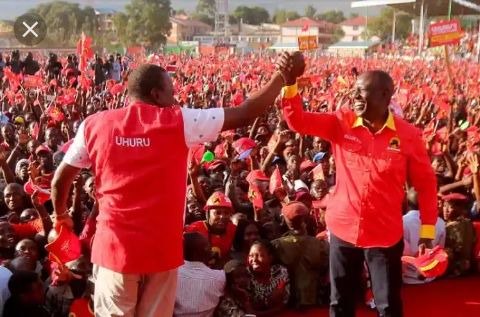 With less than a month until the national elections in August, deputy president William Ruto, who is running for president on behalf of the Kenya Kwanza alliance, has declared open war on his boss, president Uhuru Kenyatta.

With a leaked audio recording of William Ruto allegedly disclosing further details about his prior interactions with the president, it appears as though the two leaders are exposing their secrets in public.

In connection with that, Tharaka Nithi senator Prof. Kithure Kindiki has now come up to claim that he once visited president Kenyatta's home while acting as the party's attorney for The National Alliance (TNA).

He claimed that the two went to the home of President Uhuru Kenyatta and persuaded him to reconsider his decision to withdraw from the 2013 presidential campaign in favor of Musalia Mudavadi, possibly the ANC leader.

He was further informed by the two that the voters made the decision, not Uhuru. Even more, Kindiki allegedly broke up a deal Uhuru allegedly made with the opposing candidate inside Uhuru's home. 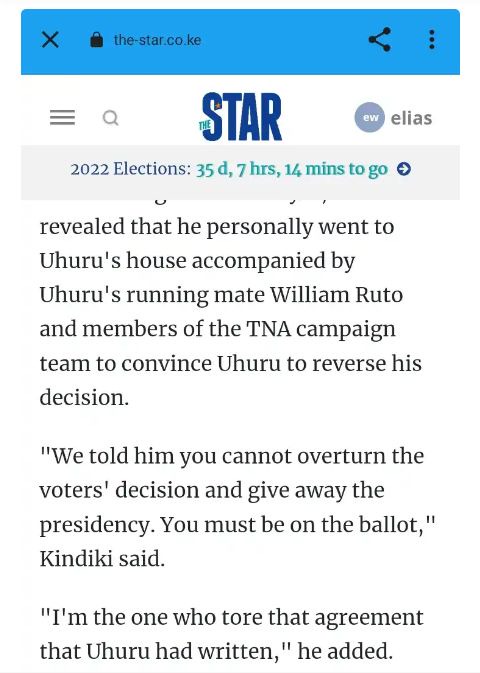 "We told him you couldn't change the outcome of the election and hand the president to someone else. To be eligible to vote, "said Kindiki.