By Digital~NewsKe (self media writer) | 1 month ago 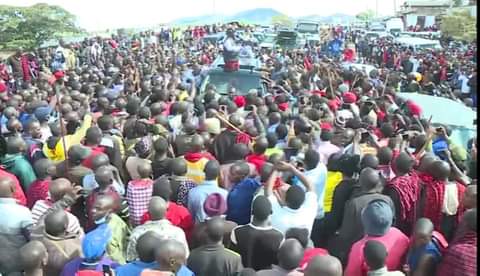 Deputy President William Ruto, while addressing hundreds of his supporters in Kajiado county did not mince his words. As he landed a brazen attack at Orange Democratic Movement Party Leader, Raila Odinga over his past political life in 1982.

That saw him contest against late President Moi but was defeated. It is because of this argument. That DP Ruto likened it with his presidential bid, should Raila contest against him. He should be ready for an early defeat. 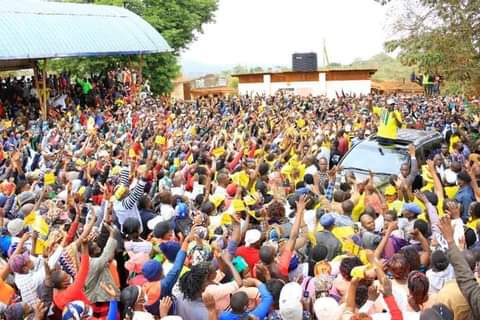 Which can be loosely translated as," there are my rivals. Who are against me but as Moi was able to defeat them so will he they defeat me?"

The crowd shouted back at him unanimously with chants and shouts of, "hawatawezana." Which can be loosely translated as, "no they can't defeat you."

Will Gov. Lenku survive the storm brought about by the hotly contested Kajiado gubernatorial race?