By HabariMotoMoto (self meida writer) | 5 days

Kenya is full of history both good and bad. One bad history that is going to remain unforgotten in Kenya is during Jomo Kenyatta's visit in 1969 to open the New Nyanza General Hospital built by the Russians. It was a tour made by the president to inspect development projects in Western and Nyanza provinces where the last stop was Kisumu. This was a time of political tension and Kisumu's darling, Tom Mboya, had been assassinated which set two ethnic communities, the Luo and the Agikuyu against each other especially after being announced that Tom Mboya's killer was Nahashon Njenga, a Kikuyu from Kiambu. 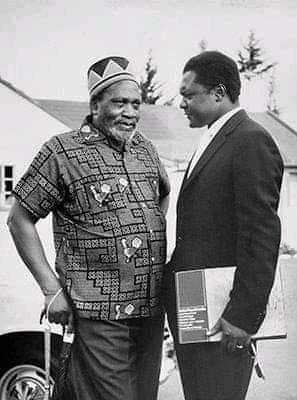 During Jomo Kenyatta's visit, he was accompanied by Daniel Toroitich Arap Moi powerful ministers and other officials in the government. At that time, Jaramogi Oginga Odinga had quit KANU and formed a new political party, Kenya People's Union where he became the chairman. On that day, the president arrived in Kisumu and he was welcomed by youths lining up the road and shouting "Ndume, Ndume" while throwing stones. The police dispersed them with live bullets leading to injuring with bullet wounds and those caught were taught a lesson by the security. 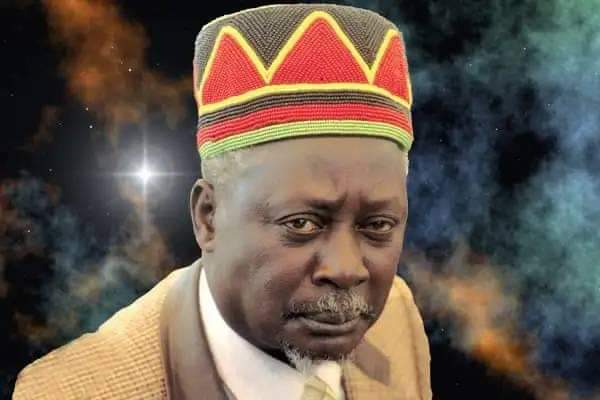 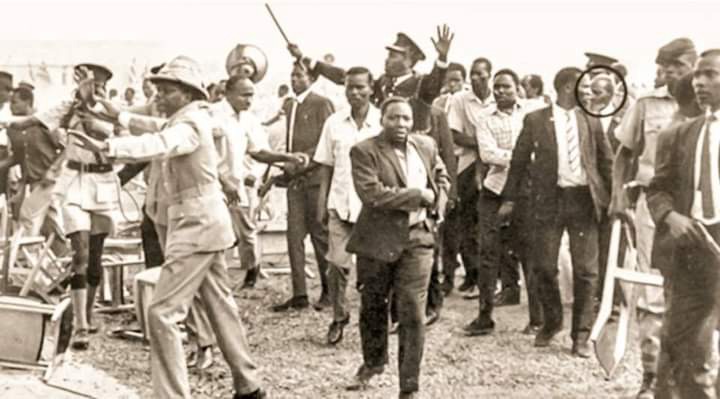 When the national anthem ended, the Nyanza PC welcomed the vice president, and then the VP would invite the president. Before then, a commotion occurred between a branch of youth groups from KANU and KPU which led to throwing of stones. A movie-like scene was witnessed since as the youths were shouting "Ndume, Ndume," the president tried to call them but they didn't hear, more stones were thrown at the dais sat by the president and other important government officials, chairs flew. 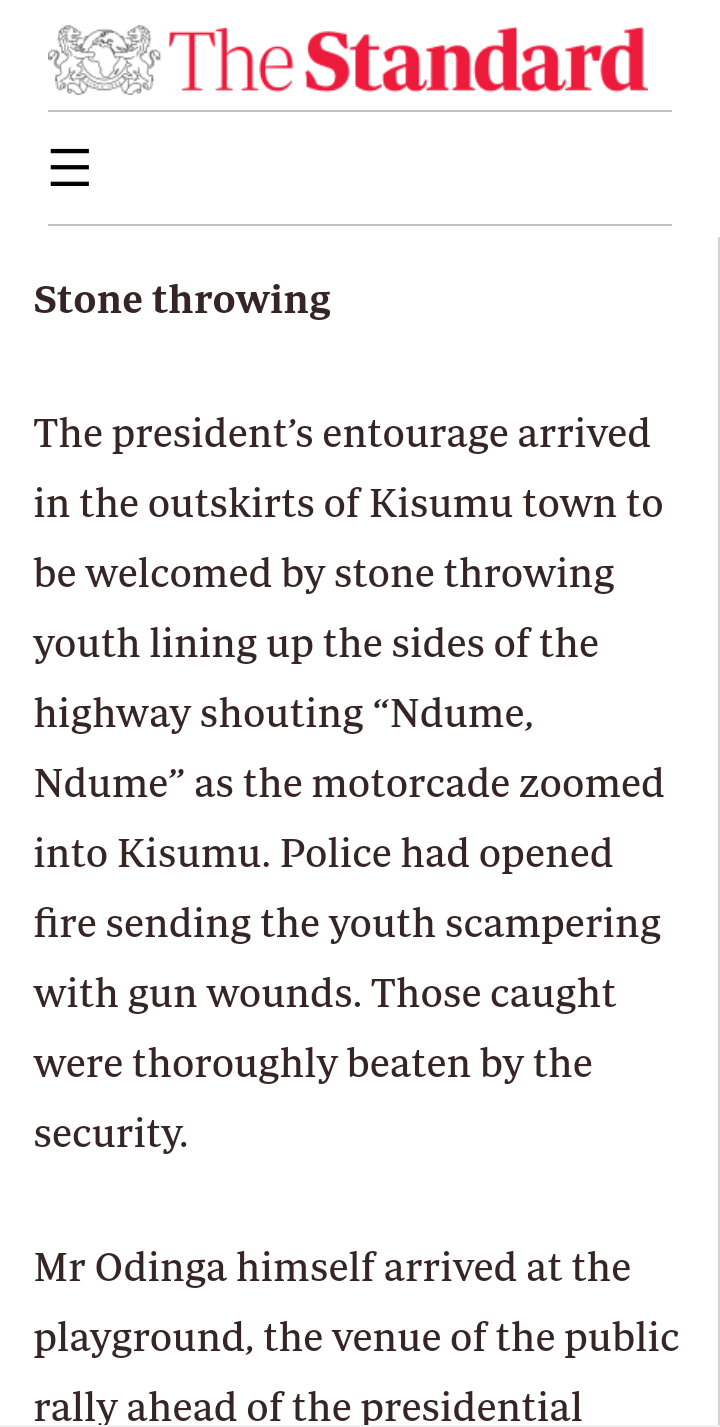 The police opened fire to scare off the crowed and a more dramatic scene ensued as many people including children fell on the ground, others trampled on while others hit by bullets. According to one witness, Charles Mathenge a Voice of Kenya broadcaster, one heavily built bodyguard sensed danger because of missiles thrown into the dais, lifted the president on his shoulder and carried him to a limousine. 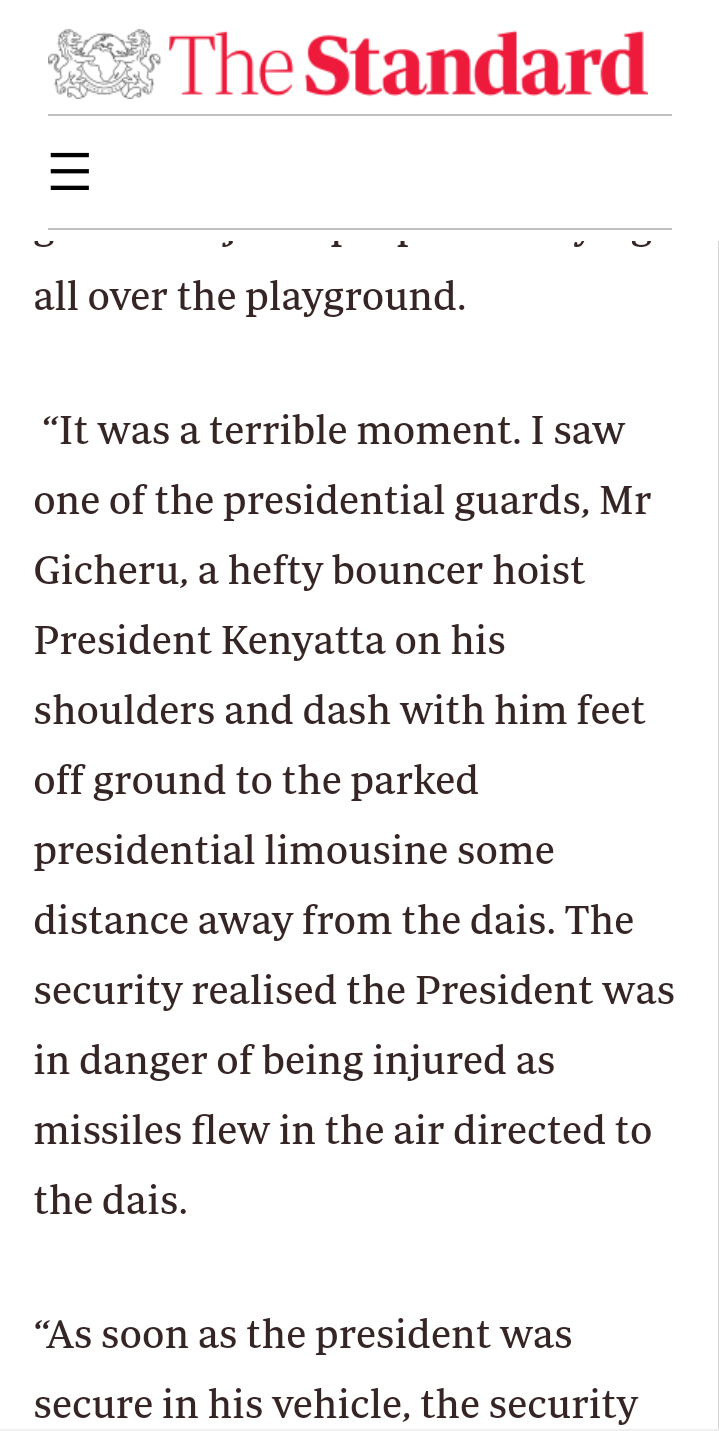 The president was then heavily guarded by the top security officers. The officers evaluated the situation and saw that it was too dangerous for the president to be there and he needed evacuation. Jomo Kenyatta refused and told them he must finish what he went to do, he later officiated the opening of the hospital under tight security before heading back to Nakuru. 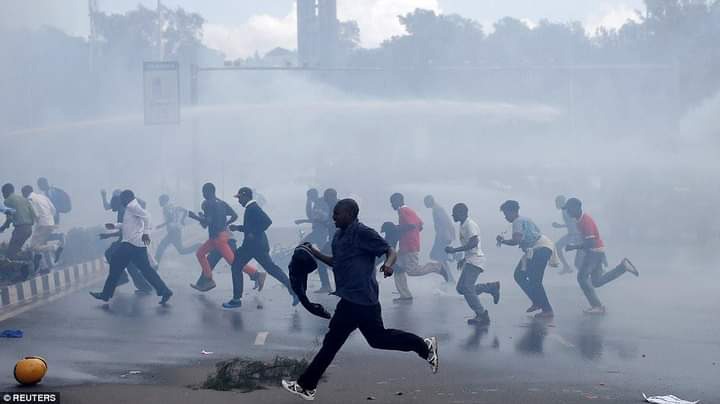