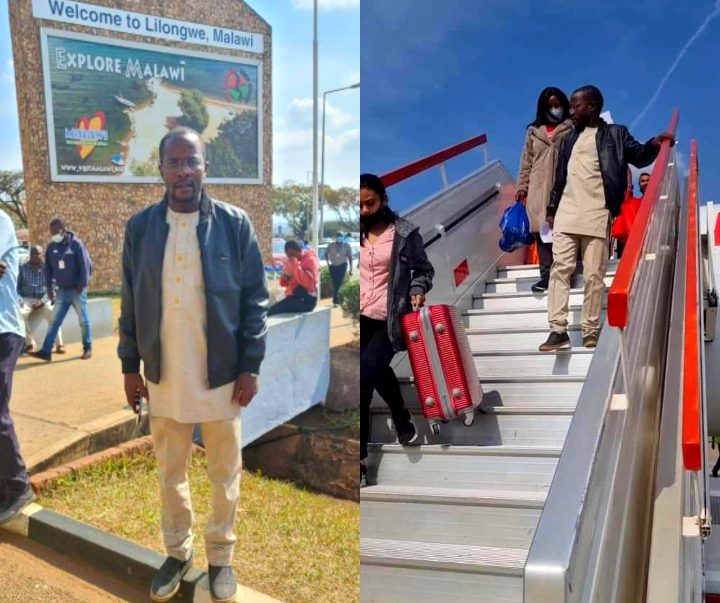 Upon coming third in the Sirisia Parliamentary race behind Jubilee's John Waluke who won the seat and Ford Kenya's Kasembeli Nasiuma who came second, ODM's Moses Nandalwe flew out of the country to Malawi to probably cool his mind.

Nandalwe who is a successful businessman ended up spending his time in Malawi for a couple of days as he toured the country probably in one way to get over the loss.

All this while, he was keeping a keen eye on the political developments in the country and it seems that DP Ruto's win has gotten him shorten his visit to Malawi. 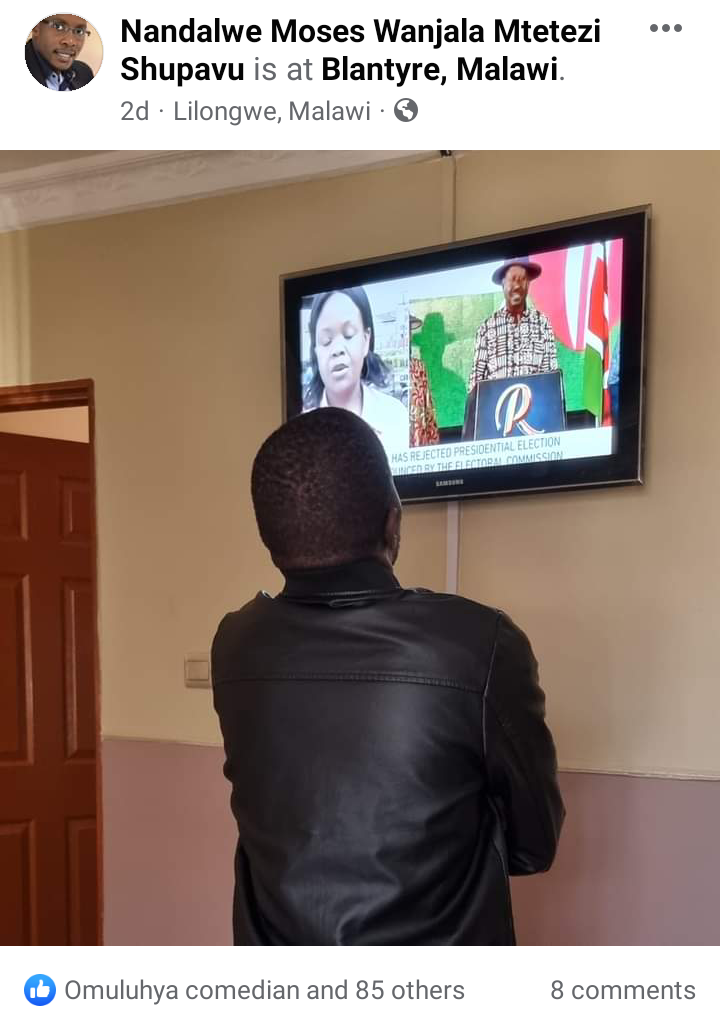 Upon learning that President-elect William Ruto's Kenya Kwanza team to which Ford Kenya belongs had won the election and might probably form a Government, Nandalwe announced that he'll be joining the camp.

He took to his Facebook page two days ago to announce that "due to public demand, I would like to tell my supporters and the great people of Bungoma that I will be defecting from ODM to Ford Kenya."

That "I have heard your advice and I will follow accordingly. You've said that it's Papa Wa Roma and I've accepted."

He also made it clear that "the defection will happen immediately I will jet in the country from Blantyre in Malawi on 21st this month." 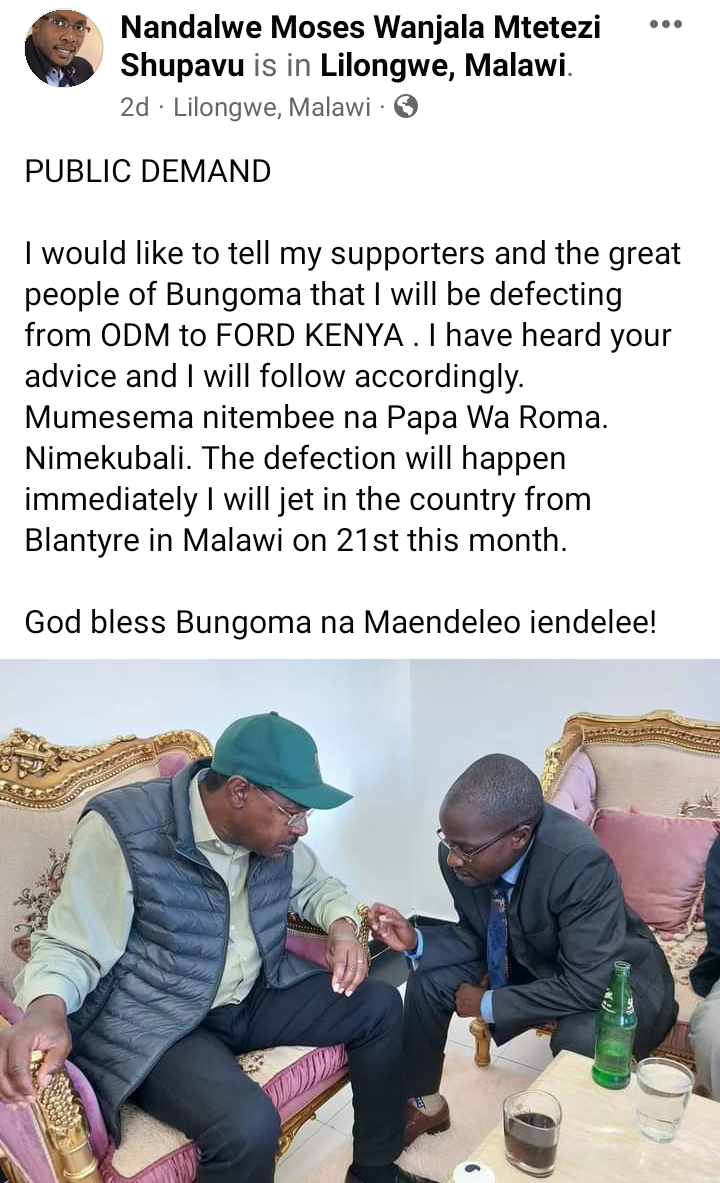 Way before that August 21st, it seems the fast pace at which things are developing in the country has necessitated him to rush back into Kenya a bit earlier.

We say this because today on August 19th, Nandalwe updated his Facebook followers that he's jetting back into the country.

He shared on the social media platform photos of himself at the Kamuzu International Airport having packed his belongings and seeking to catch a flight back to Kenya.

Below are some of those photos. 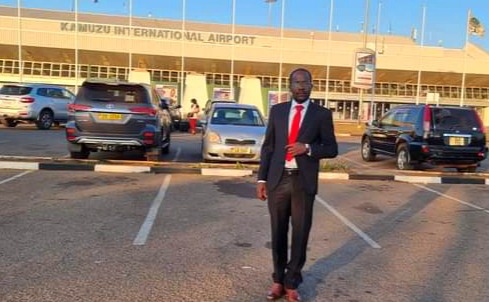 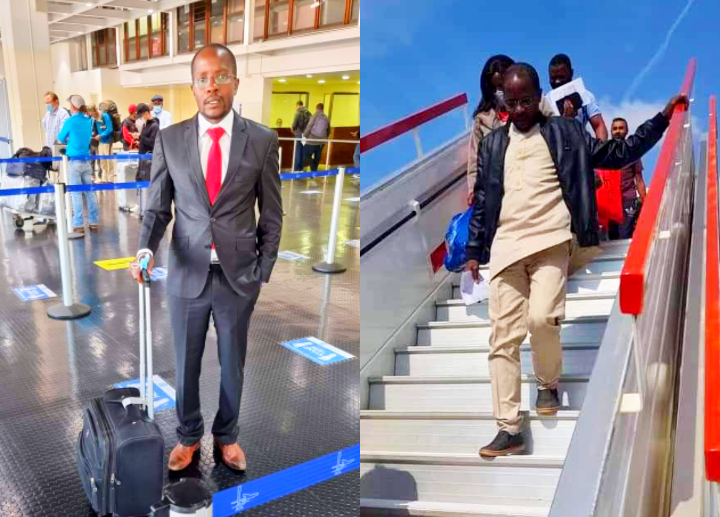 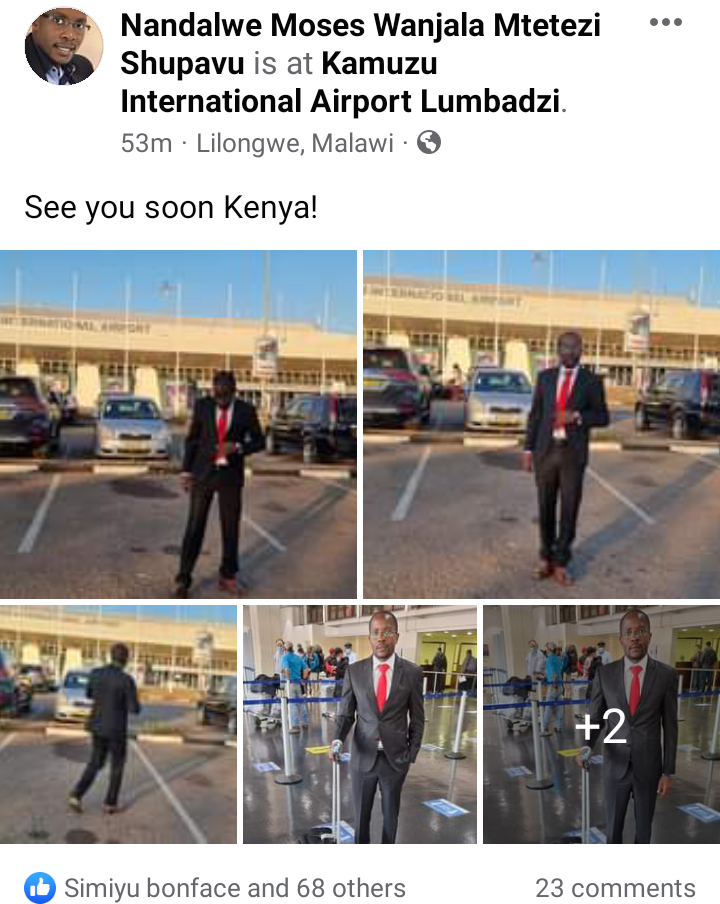 As he comes back into the country, he's hoping that he'll replace the Bungoma Senator Moses Wetang'ula.

That should he defect to Ford Kenya and the Ford Kenya party leader Moses Wetang'ula end up taking the position of Senate Speaker, then he'll vie to replace him in Bungoma County. 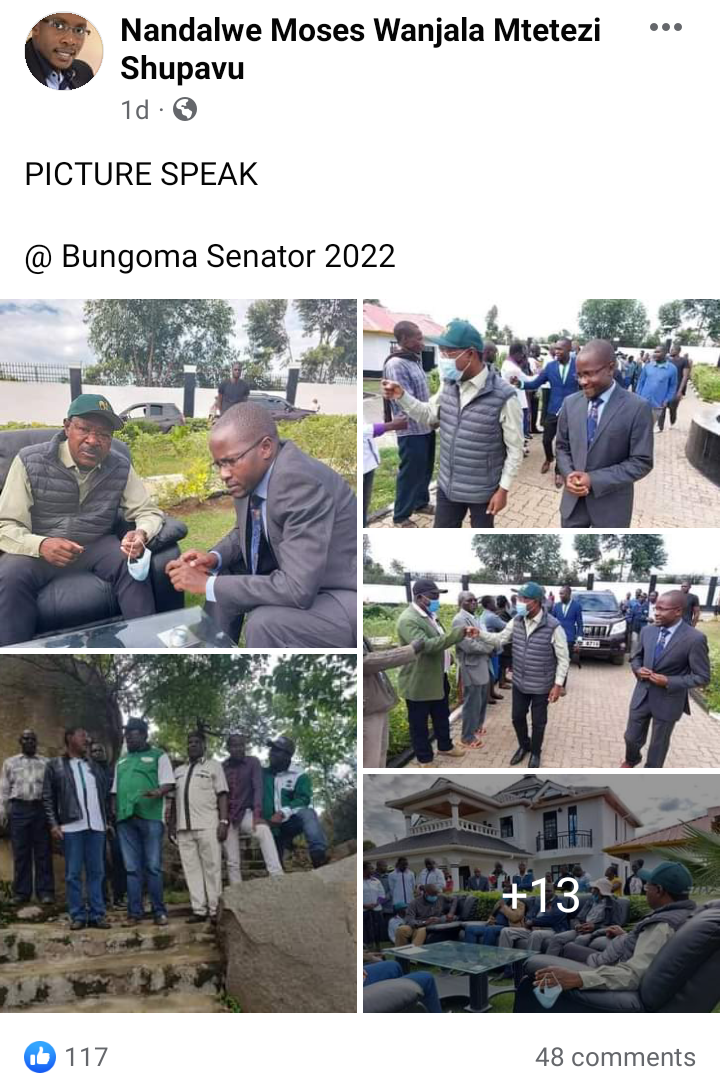 File video of Wetang'ula advising Nandalwe to walk in his shadow and he'll see the light at the end of the tunnel.

5 Principles That Will Help You Pray Effectively

JUST IN: Museveni Finally Speaks After His Son Threatened to Invade Kenya, Asks Kenyans To Do This

Sidika Gets A New Look After Undergoing Surgery;Advises Ladies Against Cosmetic Surgeries