With the August nineth general elections fast approaching and the country fully in high octane political mood, politicians and their allies have come up with plans to woo voters and plan for their future government if they win the elections.

Azimio La Umoja presidential candidate Raila Odinga has gone farther to start up a cabinet shape as he designate various allies cabinet positions, a fact that has not gone well with the opponents in DP William Ruto's Kenya Kwanza Alliance.

As a result of Raila's early appointments, UDA blogger and Ruto's close ally Denis Itumbi has said that Raila's style of appointing cabinet secretaries during political rallies in open air markets is an indication that the former prime minister will adopt former president the late Daniel Arap Moi's leadership style if elected. 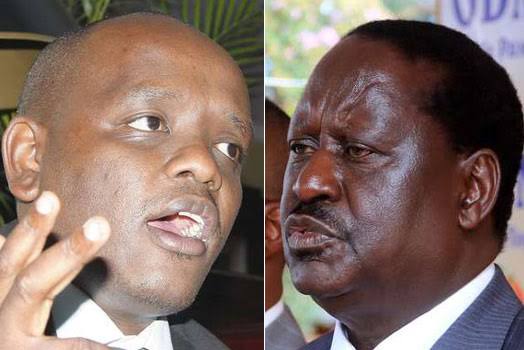 In a tweet, the self-proclaimed Hustler Nation spokesman alleges that the ODM leader had appointed DAP-K patron Eugene Wamalwa as Defense cabinet secretary in an open air market. This, according to Itumbi, is exactly the same as how the late Moi would appointment or fire his cabinet members during his open air market and roadside addresses.

'Raila Odinga makes another Cabinet appointment. This time in an open Air Market as Azimio adopts and signals it would embrace moi style if elected in the August 9, polls. Raila announces Eugene Wamalwa as Defence CS in a Political Rally.' read Itumbi's tweet. 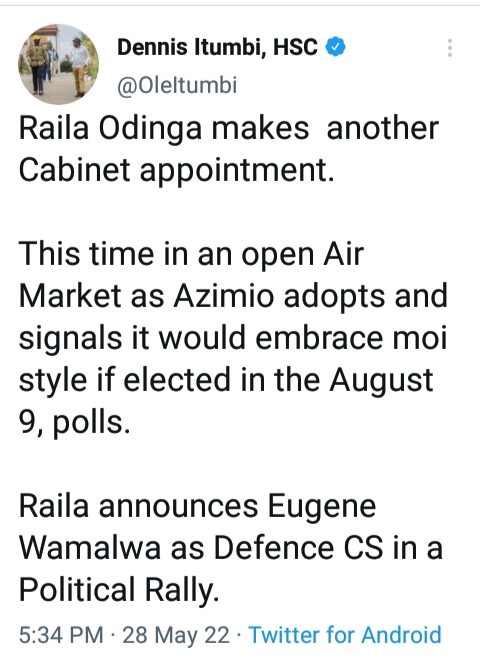 Azimio La Umoja Get This Intelligent Report Sending Warning About What Will Happen In Azimio.