During the Ushirika Day celebrations, President Uhuru Kenyatta launched a caustic and jaw-dropping attack against his deputy, William Samoei Ruto, leaving the audience in stitches. 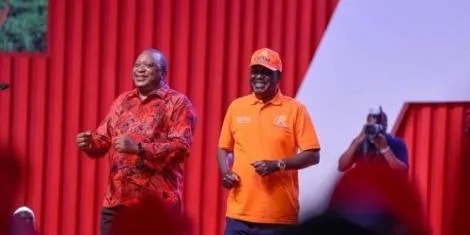 He claimed that Ruto and his friends were being irresponsible by continuing to complain about the Jubilee government despite the fact that they had been a part of it for almost ten years.

Despite being given a job, he said that his deputy immediately started campaigning after winning the election and made future-oriented promises rather than serving Kenyans as head of state.

He expressed his sadness that some people only converse while they are employed. Since they were just yapping and making noise while they were there, promising to do this and that, he questioned why they weren't doing it.

The President also criticized Ruto for saying Raila Odinga, a presidential contender for Azimio La Umoja, was to blame for their disagreement. The President gave advice in a barely veiled attack, saying that if a spouse left, you should look for another one and stop whining all the time.

When asked why he had failed to fulfill their campaign pledges to Kenyans in 2013 and 2017, the president hinted that his deputy was telling them lies. 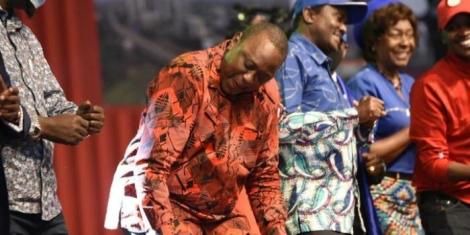 Speaking to the election observers on June 30 at his office, Ruto said that the Head of State was solely in charge of the police force and expressed concerns about the usage of police during the August elections.

DCI Puts MP Barasa on the list of wanted murder suspect, warns him to surrender within 6 hours