The Hustler Nation Intelligence Bureau (HNIB) under tangatanga top blogger Dennis Itumbi has given account of a meeting that was allegedly held at Senate speaker Ken Lusaka's official residence in Karen.

According to Itumbi,the meeting was meant as one of the strategies by Amani National Congress (ANC) party leader Musalia Mudavadi to popularize his 2022 presidential bid.

The former statehouse director of communication and digital marketing alleges that all members of parliament from the western region were invited for the meeting but only few showed up with majority declining the invite.

Mudavadi's long time ally from Western whonis the current senator in Bungoma Moses Wetangula was in attendance but no other from his Ford Kenya party showed up in the meeting.

In the lengthy post,Itumbi also indicates there are unsubstantiated reports that National Metropolitan Services and Nairobi county government might be financing the former vice president in his 2022 presidential bid. 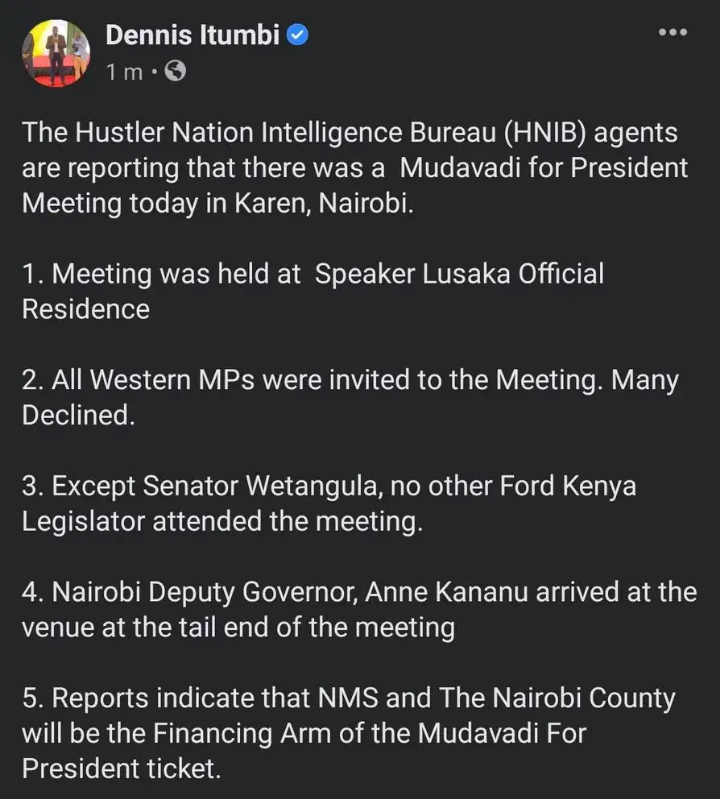 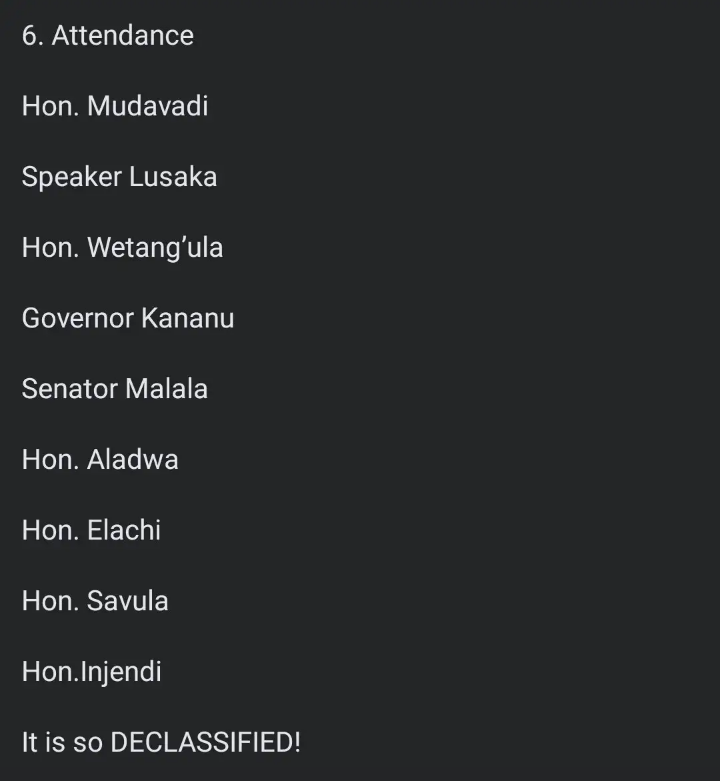 Mudavadi is among other presidential aspirants who have declared to appear on the ballot in 2022 come what may as he ditched NASA coalition in the company of Wiper party leader Kalonzo Musyoka and his counterpart Moses Wetangula leaving the former prime minister Raila Odinga alone.