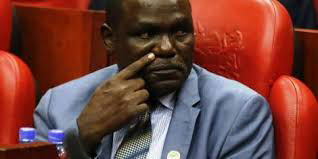 There is alot of anxiety as well as Speculations as Independent Electoral and Boundary Commission is in a doom state following the Looming retirement of IEBC chair Wafula Chebukati, Boya Molu and Abdi Guliye whose contract yo work in IEBC elapses. This also come after three IEBC Officials resign following massive push by Ruto's administration to be ousted from office after challenging Chief Hustlers victory on august 2022 general elections. Kenyans are also wondering who will now take the mantle as the IEBC chair following the resignation of vice chair Juliana Cherera.

Raila Odinga's point man Abuga Makori has sent worrying message to Chebukati ahead of his retirement as IEBC chair person having served for 10 years in the independent body. Makori has told Chebukati that even as he retire he will know no peace for rigging Former Prime Minister Raila Odinga in favour of Chief Hustler William Samoei Ruto in the just concluded august 2022 presidential elections 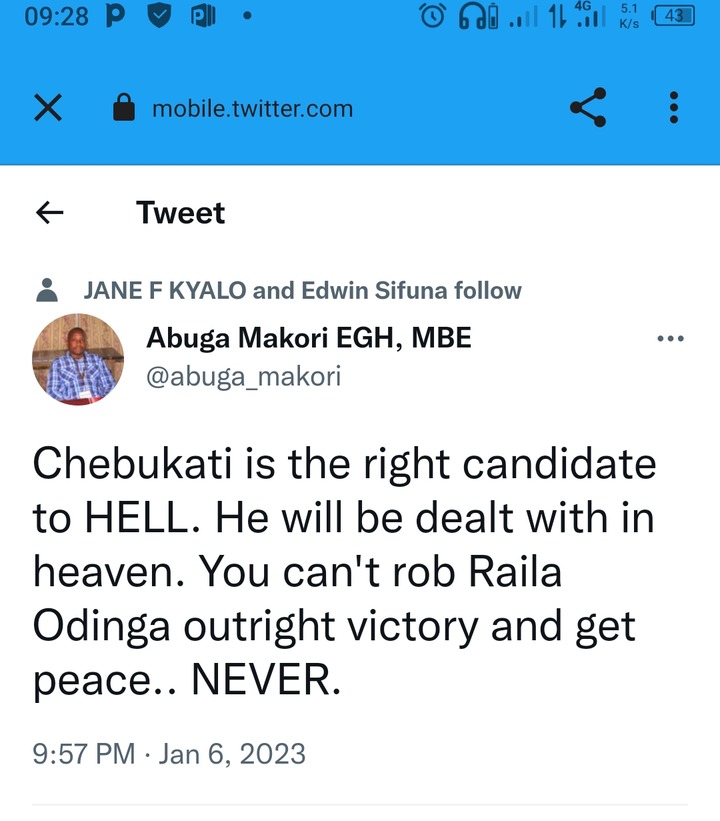 "Chebukati is the right candidate to HELL. Hr will be dealt with in heaven. You can rob Raila Odinga outright victory and get peace... NEVER" he said

Raila Odinga's aide also reiterated that Chebukati is a candidate of hell saying that he will not see heaven for inflicting so much pain to the people kenya. According to Makori, Chebukati has exposed people of Kenyan into serious suffering by denying Raila Odinga victory who had good plans for his subject saying he will forever be haunted as he retreats to his retirement. Feel free to share your views and thoughts in the comment section below. Source link: https://mobile.twitter.com/abuga_makori/status/1611436874509258770