Wangui Ngirici has today revealed that the only thing giving her headache at Deputy President's party UDA is the insults she receives and not competition as her competitor Anne Waiguru had earlier stated. 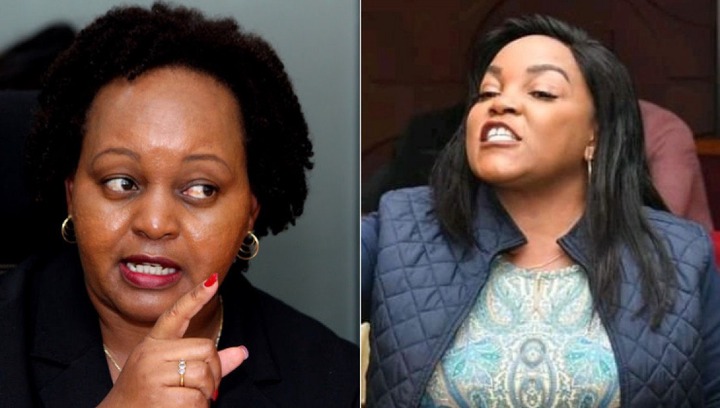 Talking to the Sunday Standard, she revealed that since Kirinyaga governor Anne Waiguru joined the party, she has been 'bullied' by other party members she believes to be siding with Anne, a factor which compelled her to take a break from the party. “My issues are not mainly because Waiguru joined UDA but the bullying which is happening in the party,” she said during the interview.

She went ahead to state how she was once insulted in the party's Whatsapp group, “At one time I was insulted in the TangaTanga WhatsApp group where Ruto is. My husband too was dragged into it and called names but he was not in the group to defend himself. This pained me and I called Ruto to express my displeasure,”

She went ahead to brag that Waiguru's previous success is because of her advice for Waiguru to ditch her earlier interest in Nairobi's gubanatorial seat and run for Kirinyaga's governor seat instead. “She (Waiguru) wanted to vie for Nairobi governorship but I convinced her to vie in Kirinyaga, where I was also vying for the woman rep. We dined and wined together, and we could be seen in public and in private, but I later realized we were incompatible and we parted ways,” she added.

She then concluded by echoing what she had said earlier, “I'm also giving space for newcomers to enjoy UDA. That's why you won't see me in Ruto’s meetings… It's now her turn to pose for pictures with Ruto, something I had done for four years,” She concluded the interview.