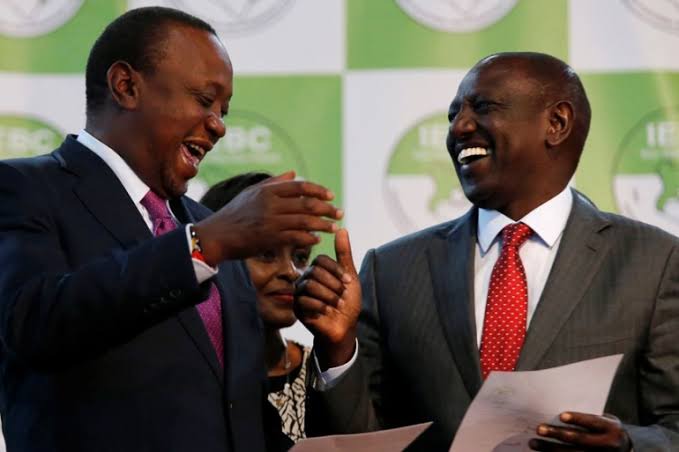 The Honorable William Ruto, the vice president, has not yet been recognized as the country's next leader by head of state President Uhuru Kenyatta. This was anticipated by renowned High Court counsel and attorney Steve Ogolla.

According to eminent constitutional scholar Steve Ogolla, William Ruto has not yet accepted the presidency because he serves as the chair of the Azimio la Umoja One Kenya Alliance council for His Excellency the Head of State president Uhuru Kenyatta.

The presidential candidate for Azimio la Umoja One Kenya Alliance has already stated that he will challenge the results of the election that his estranged deputy president won.

In order to strike a balance and keep himself out of problematic political situations, Raila Odinga may say, "At this advanced level, the commission has made a proclamation of the president-elect, I join them in congratulating him but this does not represent support as finality." However, Mr. Ogolla cautions against overprotecting Raila in case he endangers the unity and stability of the nation.

President Uhuru Kenyatta has yet to formally congratulate William Ruto two days after the Independent Electoral and Boundaries Commission (IEBC) pronounced him the winner of the August 9, 2022 elections.

According to IEBC chairman Wafula Chebukati, the President-elect was proclaimed the winner of the election with 7,176,141 votes cast, or 50.59 percent of all valid ballots cast.

At the time of the announcement, just three IEBC commissioners—including Chebukati—were present at the tallying facility. In order to contest the conclusions in a different press conference, the other four had fled. 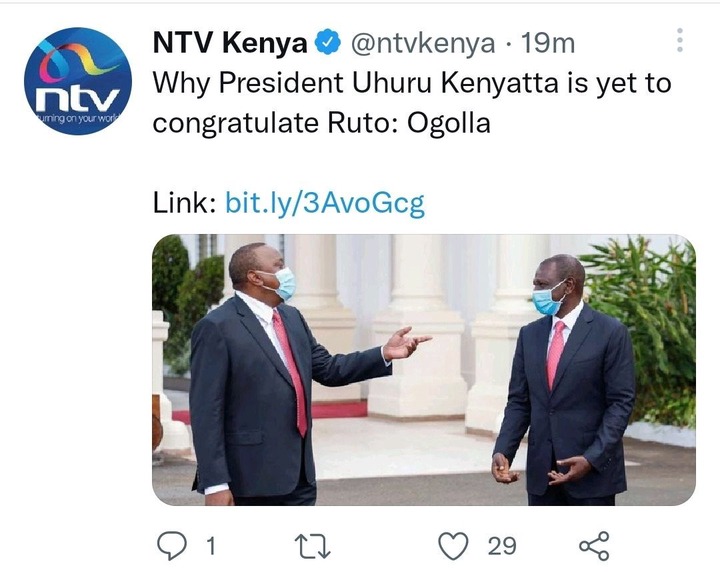 According to Makau Mutua, an Odinga spokesman, the declaration made by the chairperson was "illegal since he did not have a quorum of commissioners to hold a plenary and make such a critical decision."

List of General Muhoozi's Tweets Which brought Subject of Discussion Among Kenyans.