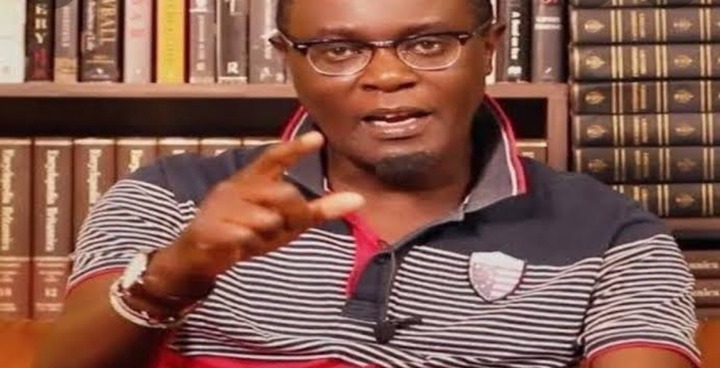 Professor Mutahi Ngunyi has offered His thoughts again concerning the Martha Karua and Raila Odinga candidature, while firing Missiles towards UDA leader William Ruto and His entire camp who have been lamenting following the union, that took Mt Kenya region by a Storm.

The strategist took to twitter saying that the Choice by Uhuru to point Raila Odinga as His candidate will be a very good opportunity for the Kikuyus and the Lugha community to come together and heal their past bitterness and enemity that originated during Mzee Jomo Kenyatta and Oginga Odinga times because of their succession fights, something that has lasted for around 60 years according to Him.

He further revealed that Uhuru also saw very far and chose Karua for the Running Mate because He is a Man who has high respect for the women in the Mt Kenya region, and His decision has put a huge promise to the Kikuyu people because of Her good track record where She fully discharged Her duties during Kibaki's era and even stopped corruption in many cases. 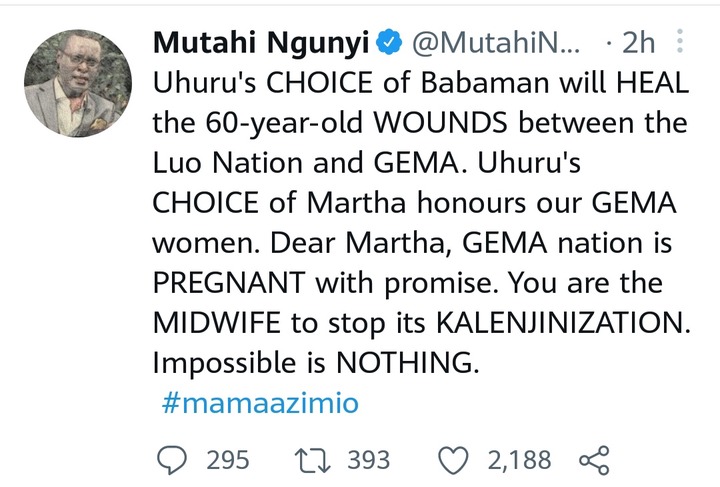 However, in what appeared to be His own vendetta towards Ruto's Camp, Mutahi says that Karua will block Dp Ruto from taking away the Kikuyus and locking them inside His own basket to be part of His backyard like the Kalenjin Nation, hence giving Him the advantage of controlling them for the rest of His political career, and the people won't see any advantages of His leadership.

The State House Official has always been taken to be one of Uhuru's top communications persons who have conveying the top secrets that has been discussed inside the boardrooms, since its very clear that the head of State should be of one stance.