By @Drsammy (self media writer) | 1 month ago

The Wiper Party leader's act to leave Azimio to vie as president in the upcoming August 9th polls has been termed as a selfish motive by Kitui county governor, Charity Ngilu. According to Governor Ngilu, Kalonzo act of ditching Azimio is a selfish way of looking at leadership in the sense that the Kamba has been out of the national government for the last 10 years. 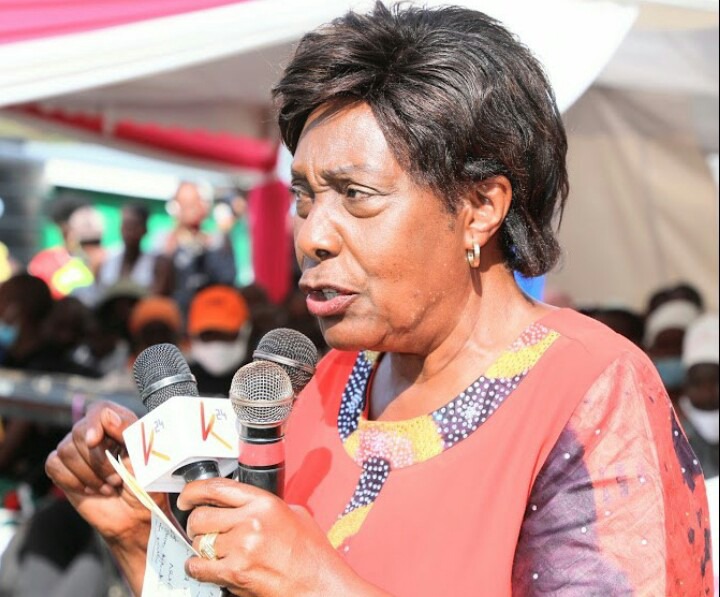 The Kitui Boss has faulted Kalonzo’s move as it will alienate the Kamba community in terms of development if the Azimio coalition clinches the top most seat in the upcoming August 9th polls without their support. She therefore, has vowed to persuade Kalonzo who has since declared he will run for president to step down and rally behind Azimio La Umoja - One Kenya coalition presidential flag bearer. 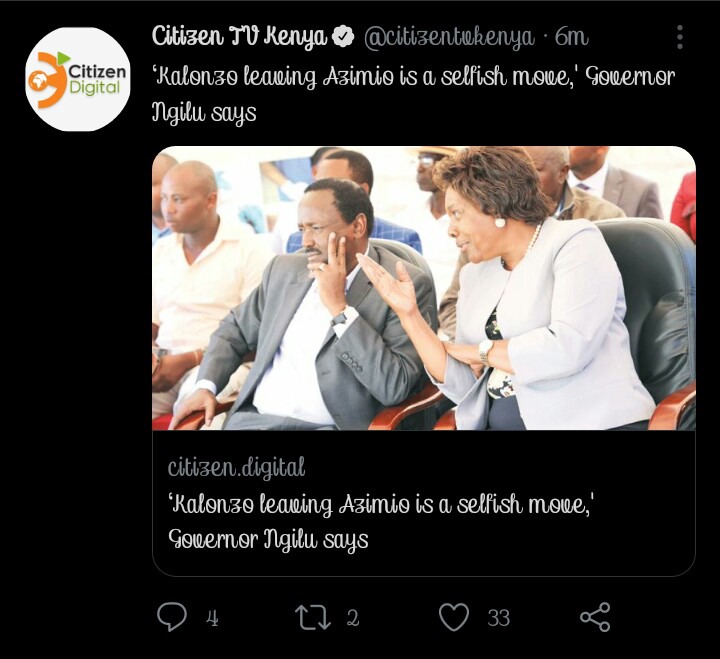 Governor Ngilu stated that, a repeat of the same by the former vice president should be avoided lest her community misses out during the formation of the next government, a move Kalonzo has already started. According to the Kitui governor, as Kamba nation, if they don’t get in and say they are supporting Azimio which is the next government where their hearts are, then they are going to lose and they cannot afford to lose. 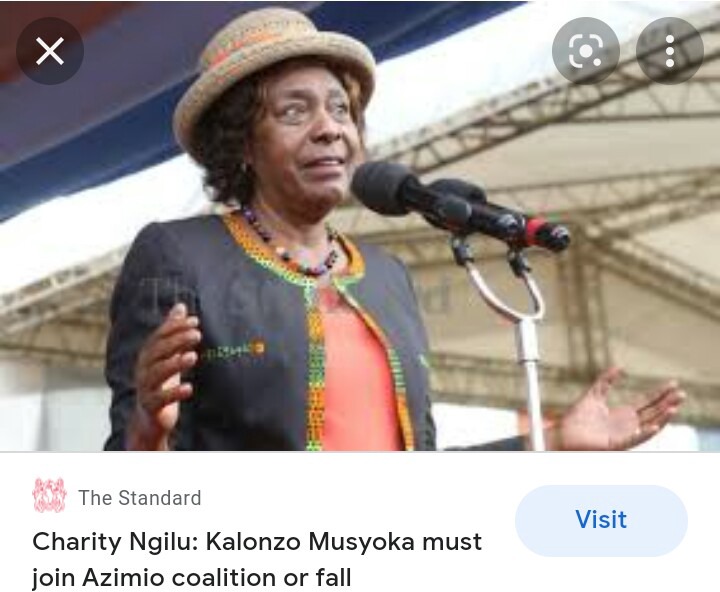 Ms. Ngilu has conclusively urged Kalonzo to have put the interests of his people first and supported the ODM leader who is the coalition's presidential flag bearer as he had pledged before. Therefore, the Wiper Party leader should have upheld the position to back up the former Prime Minister without giving demands.

Content created and supplied by: @Drsammy (via Opera News )

The List Of Outgoing County Governors Supporting William Ruto For The Presidential Seat.