By @yokeabu (self meida writer) | 2 months

Let's take a look at the news making headlines on the front pages of daily nation ,standard, taifa Leo and people daily.

The daily nation reports that some schools are yet to comply with the ministry of education's directives on school fees.

The ministry had reduced school fees in both national, extra-county, county and subcounty schools owing to the fact that the academic year has been shorted from 39 to 30 weeks.

However some schools arent buying the idea as they have come up with various tactics to beat the system and increase fees illegally.

The extra levies have been given various names such as development money which has become a burden to parents.

The paper also reports that teachers who left KNUT will now start paying agency fee so as to give the union a lifeline. The union has been experiencing hard economic times since it fell out with TSC.

The falling out necessitated a mass walkout by members from the union leading to loss of revenue.

In another story, civil servants will be required to pay more rent if the auditor general's recommendations will be effected.

According to the auditor general, this will ensure that whatever they pay for government houses matches the current market rates of rent.

The move is likely to be resisted by public officers given that SRC has already frozen Payrise for two years. 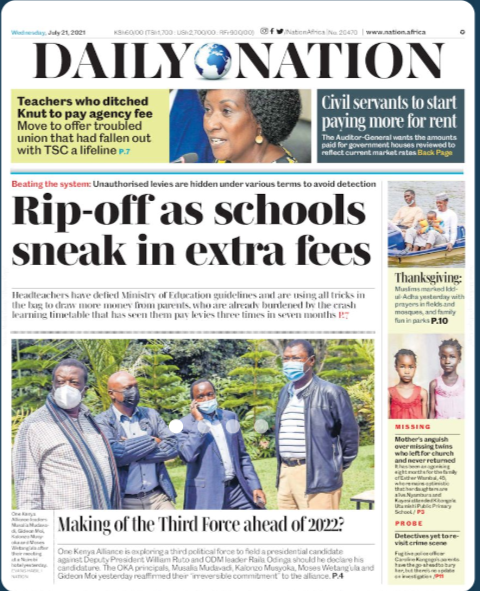 The paper reports that of all the one Kenya Alliance members, it's KANU's Gideon Moi that is willing to work with ODM leader Raila Odinga.

In a meeting yesterday, both Musalia Mudavadi and Kalonzo Musyoka only accepted to work with Raila if he joins the alliance as an equal and willing to support any one of them.

The members also agreed to meet on Friday to explore ways of severing ties with their other Coalitions. 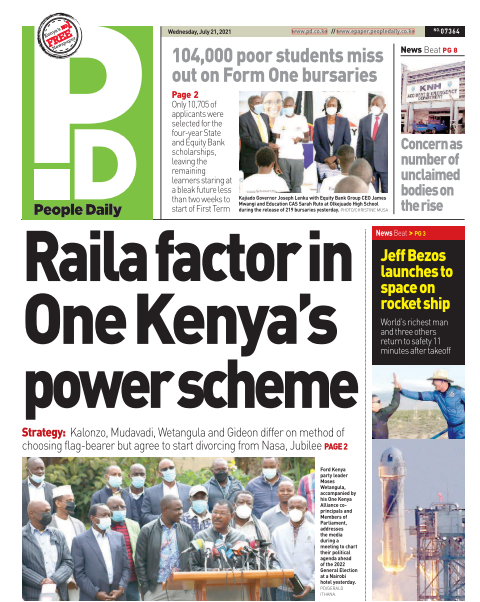 The Swahili publication reports that makueni senator Mutula Kilonzo junior is now of the opinion that president Uhuru Kenyatta is only taking NASA for a ride.

According to the senator, NASA by now should be on the campaign trail as the 2022 general election nears.

In another story, Mombasa deputy governor kingi has resolved to vie for gubernatorial in 2022 seeking to inherit his boss. 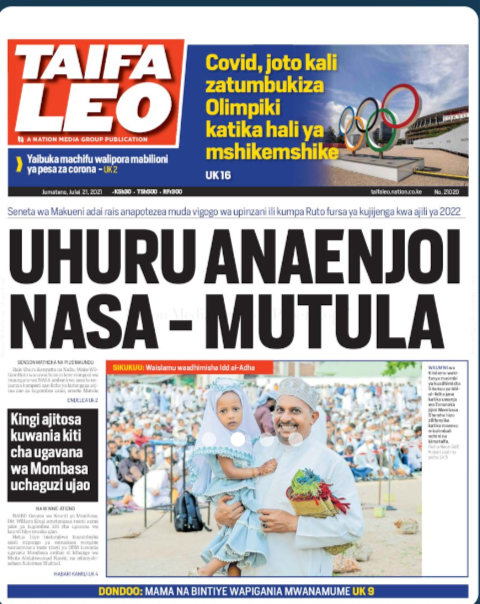 The standard too dwels on yesterday's meeting among the one Kenya Alliance principals which resolved to put in place a formidable force that will face deputy president William Ruto.

The paper reveals how Amani leader Musalia Mudavadi and wiper's Kalonzo Musyoka expressed interest in flying the Alliance's ticket in 2022.

The Principals were however allowed to continue crisscrossing the country as they seek to galvanize their political support before the issue of a flag bearer is solved. 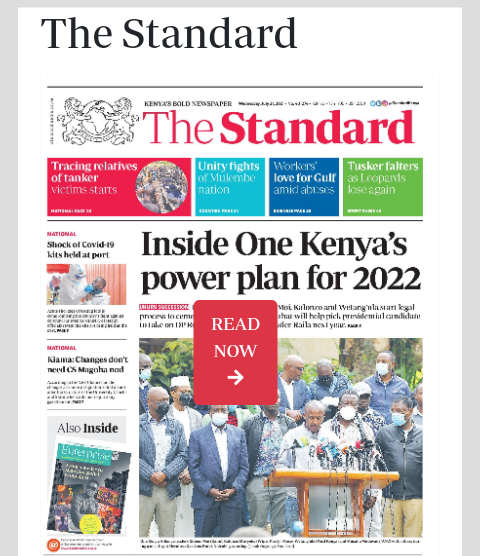 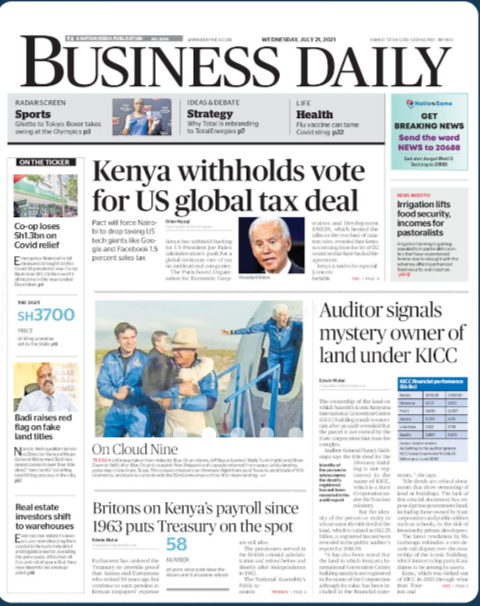 Do you think the government is serious in safeguarding parents against high cost of educating their children?

Feel free to share your thoughts and comments on this on our comments platform below.

2021 Full School Calendar With Confirmed Dates For KCPE And KCSE

Ruto Slammed After Revelation That He Supported Tax On Petroleum Products

She said Yes, But is not Replying to your texts (3 Reasons)