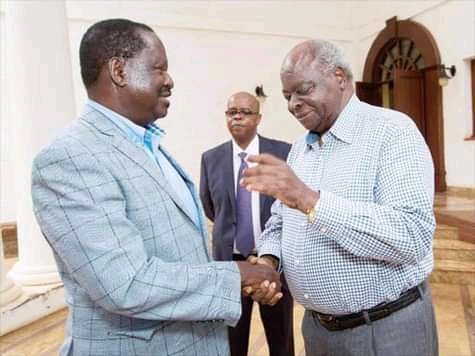 To understand retired President Mwai Kibaki, there are those who say that you must focus on what he does not say. Yes, that is the personality of Kenya's third Head of State; the man of very few words.

With the clock ticking towards the August 9 general election, the man from Othaya has maintained studious silence especially on his preferred choice of President Uhuru Kenyatta successor. That has always been his nature. But make no mistake! Kibaki must be having someone in his mind.

The recent political developments in the country could suggest that Kibaki could be behind ODM leader Raila Odinga's quest to succeed Uhuru.

Raila and Kibaki have had a checkered political relationship with the two men alternating as friends and foes. But when they opted to work together after the contested 2007 presidential election, a lot happened in Kenya. 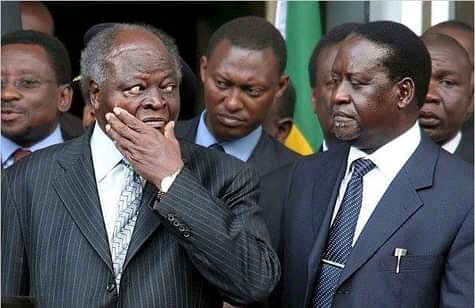 As the architect of Kibaki's famous win in 2002, Raila coined the famous phrase "Kibaki Tosha". This was enough to propel the former Vice President to State House at the expense of Uhuru.

And now, it appears Kibaki is ready to repay the debt.

As Raila crafts his political machinery in readiness for a political showdown with Deputy President William Ruto, there appears to be Kibaki's hand in all that is happening. 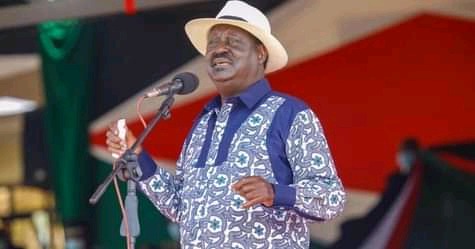 The decision by Raila to appoint Laikipia County Governor Nderitu Muriithi as the chairman of his presidential election campaign board is perhaps a telltale sign that Kibaki could be silently backing his State House bid.

Governor Muriithi, the former Laikipia West MP, is President Kibaki's nephew. So, could it be that the county chief is campaigning for Raila with the blessings of his uncle? Nothing could be further from that.

Just In: Wiper Official Reveals Who Kalonzo Will Work With After Threatening to Quit Azimio

The Only Thing That Rigathi Gachagua Has Promised William Ruto And Uhuru Kenyatta.