By TheHoofEater (self media writer) | 4 months ago 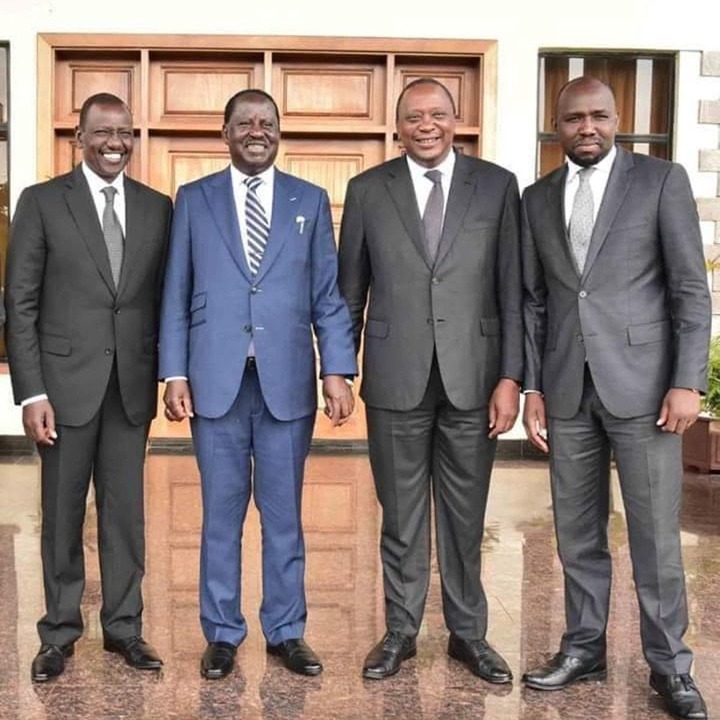 It is already on the public domain that Uhuru Kenyatta will not live the 2013 pre-election pact which bound him to return hand and support his deputy between 2022 and 2032 but instead he is keen to have ex-Nasa chief principal as his heir.

Will his pro-Raila plan actualize? Presumably, presumably not. Latest poll survey conducted by Radio Africa Group shows that ODM leader is still unpopular candidate with his arch rival being 4.9% shy from the coveted seat. 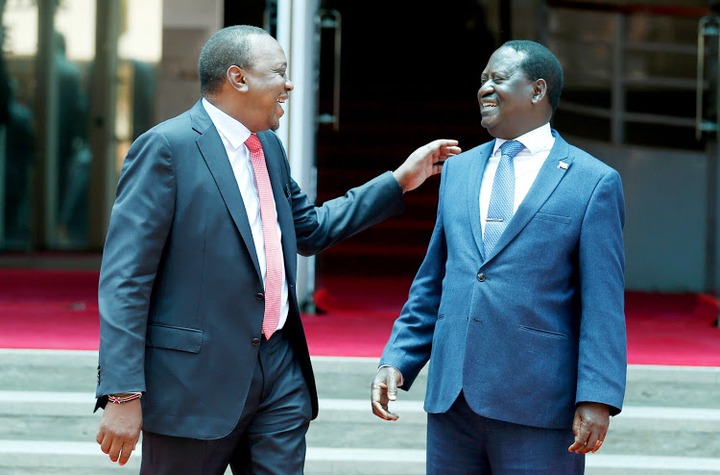 Raila has 35.1% rating with Samoei's standing at 46.1%. According to Uhuru's succession theorem, he advised ex-Nasa principals Raila Odinga, Musalia Mudavadi and Kalonzo Musyoka to team up against Ruto but the trio have ignored the course.

Uhuru was of a strong conviction that a united opposition will thwart Ruto's Statehouse course but a disunited one will give the former a political breakthrough, true to his words, the man from Sugoi is leading the pack with Raila, Mudavadi and Kalonzo being world apart. 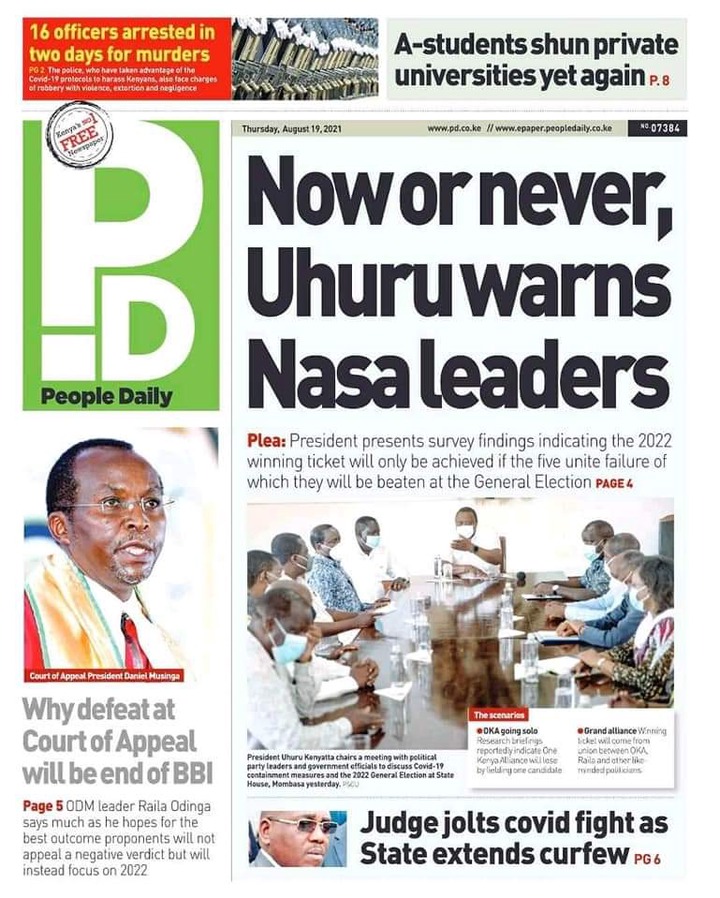 Will Amani National Congress (ANC) leader and Wiper boss throw in their cold towels and back Raila presidency? Time will tell. Should they live Uhuru's proposition, they stand a chance but should they remain adamant, Samoei will undoubtedly outrun them.

Raila Arrives in Vihiga Ahead of Western Tour

Luo Nyanza County which may defy Raila to support Ruto