Kenyan politicians have of late been hitting headlines with their 2022 gospel and campaigns.Key leaders that have their eyes at the presidency have been equally been crisscrossing the entire country to popularise their bids and sell their agenda to the masses.

Over the weekend,ANC party Leader Hon Musalia Mudavadi was in Narok to attend a funeral.While addressing the mourners,Musalia spelled out good plans that he has for Kenyans should they elect him their fifth President. 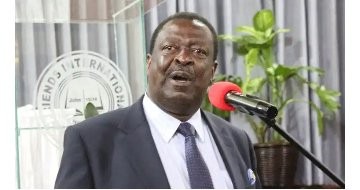 Musalia dwelled on improving the ailing economy and empowering youth and women who seem to have been hit hard by the economic crisis bewildering the country.The ANC party boss also opined that tax burden that is ailing Kenyans should be reviewed to unburden the suffering millions of Kenyans.

Musalia also fired a salvo at Deputy President William Ruto for advocating for the Hustler narrative terming the move as glorifying and embracing poverty.He said the success of Kenyans in economic field solely relies on hard work and not merely on handouts as being propagated by the Hustler narrative. 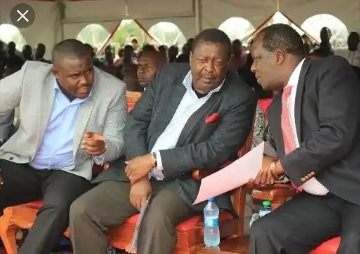 Musalia also went further to preach peace ahead of the 2022 general elections.He warned leaders against plunging the country again into violence as was witnessed in 2007 and 2008.He insisted that peace is the foundation and the basis of development in any Society. 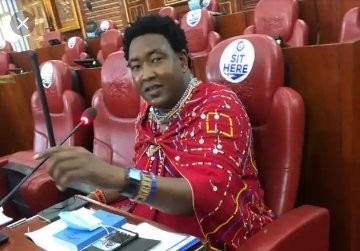 Musalia and Raila have been of late reading from different scripts as far as 2022 politics are concerned.Musalia has maintained and insisted that he would go all the way to the ballot pouring could water on President Uhuru Kenyatta's call for their unity against DP Ruto ahead of 2022.

Whether the attendance of Ole Kina was a deliberate move over a new possible engagements is what remains to be seen.