DP Ruto Drops a Bombshell at These Influencial Leaders, Declares This

By I.Nwriter (self meida writer) | 1 months 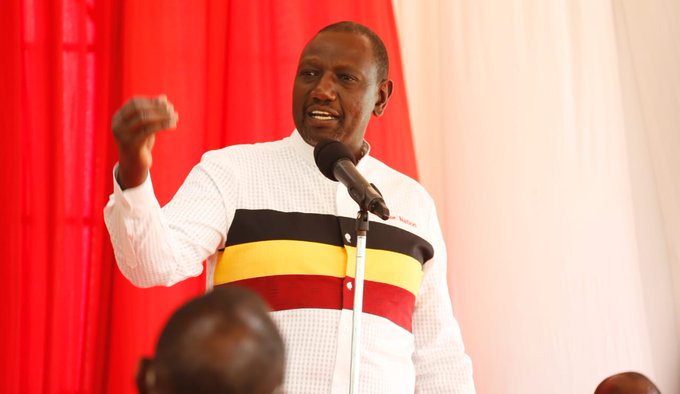 According to Kenyans.co.ke news platform, the second in command of the Republic of Kenya Dr William Ruto has dropped a bombshell at both the Baringo county Senator Hon Gedeon Moi and the Orange Democratic Movement Party leader telling them off that their alleged merger will not deter him from entering State House after the 2022 general elections. 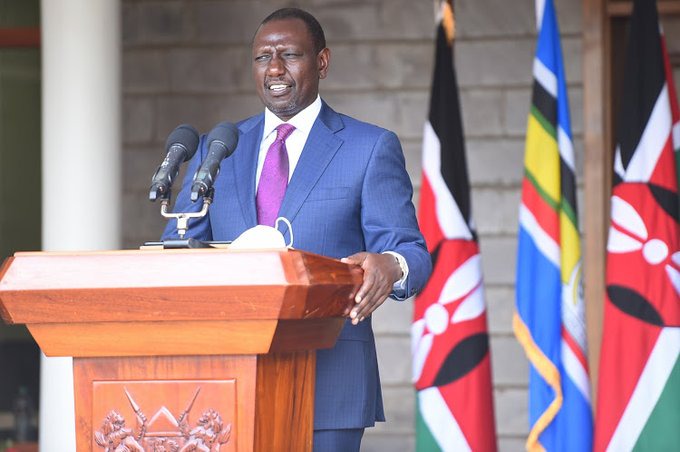 The Deputy President has responded to the Gedeon Moi and Raila Odinga's alleged merger telling the leaders off that he (William Ruto) is aware of their new political formations which are geared towards blocking him from succeeding the Head of State President Uhuru Muigai Kenyatta after the 2022 general elections.

The Deputy President has further declared to them (his political opponents) that they will not stop his march to the State House even when they form political alliance's against him.

The following shows what the news platform reported on its twitter platform concerning the same; 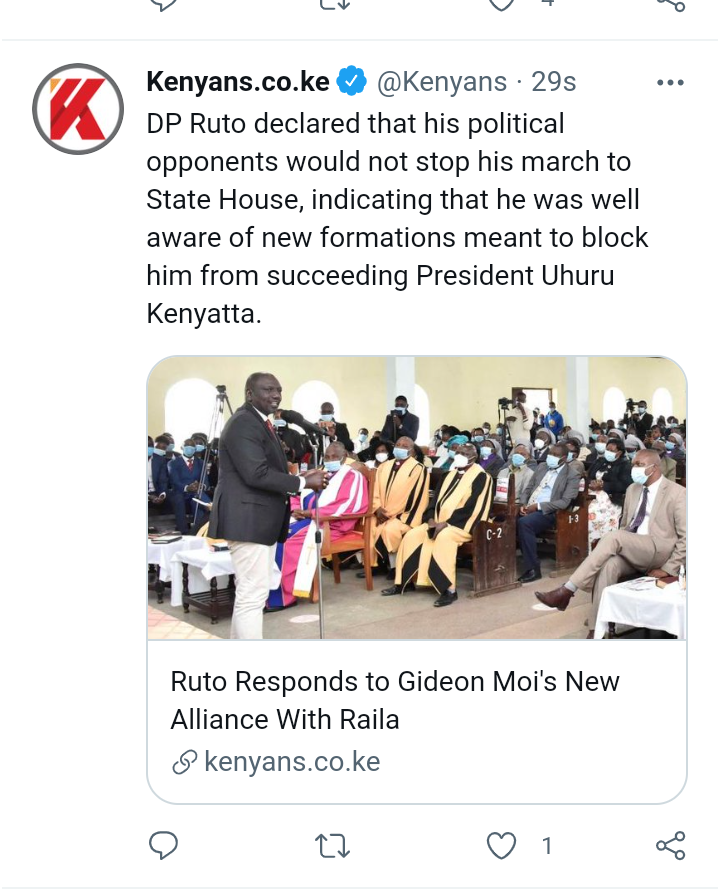