Former agriculture cabinet secretary Mwangi Kiunjuri has finally opened up on his relationship with deputy president William Ruto. The vocal politician who was once a close ally of the deputy president, has explained why he suddenly changed his stand on his presidential bid. 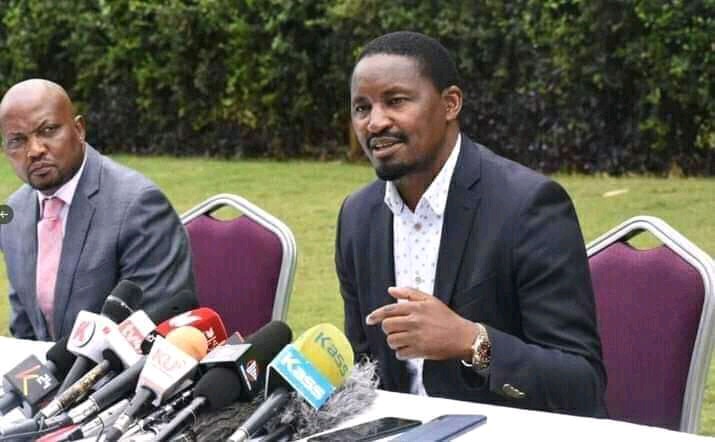 The Service party leader has argued that Ruto's camp is full of arrogance and think that they can manage to win the presidency without the support of other leaders and smaller parties which they are refering as tribal.

Kiunjuri in an interview with a local publication stated that they can not be ignored and their parties should not be described as tribal by anyone who wants the region's votes, he further argued that as things stand, they appear not to be wanted in Ruto's camp.

“They are full of arrogance. Will those people surrounding the DP be able to campaign on their own for Ruto? Can you ignore all the other leaders from the region and condemning their parties? No, it does not work like that,” he was quoted

He added, “We were ready for partnership but they said they do not want us. That our parties are small and tribal. You cannot talk like that before you cross the river. We could be that bridge that you need.”

Earlier, Kiunjuri had demanded for an assurance that a referendum will be held within the first 100 days of the next government, he claimed that the region is underrepresented and that the distribution of resources is not equal. 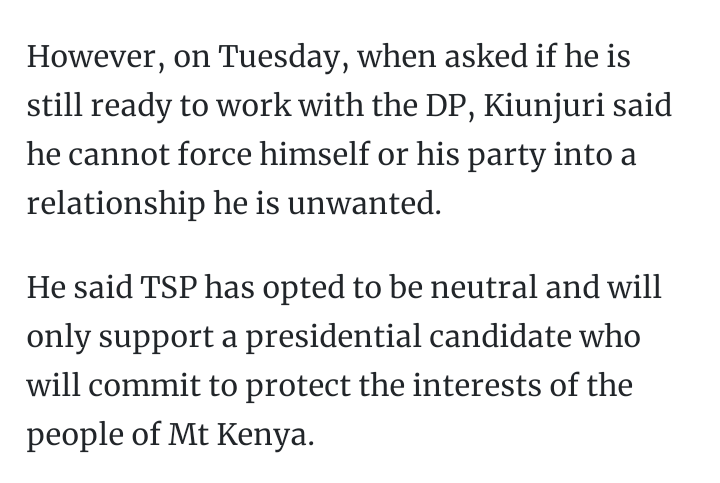