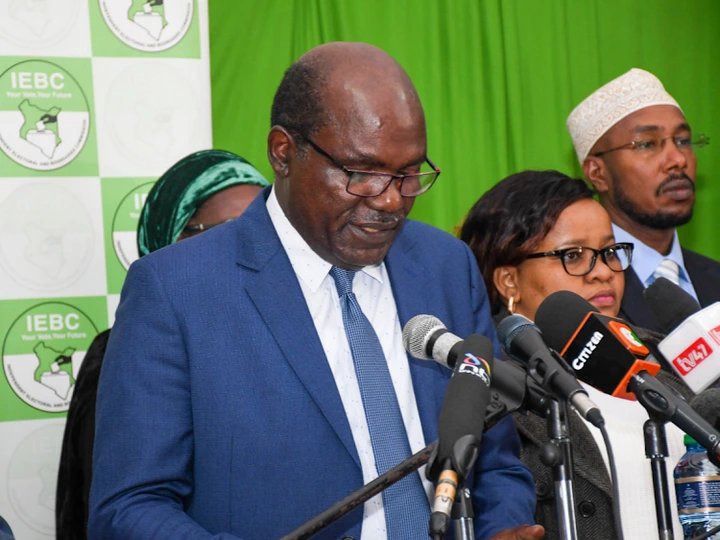 The four have chosen to separate themselves from the other camp, which is commanded by the Chairman, and have even contested the presidential elections he declared.

According to Chebukati, this is because he thwarted their intentions to demand a repeat between President-elect William Ruto and the runner-up candidate for Azimio La Umoja, Raila Odinga.

He believes that the team, led by Vice Chair Juliana Cherera, attempted to coerce him into altering the results in order to force a re-vote, and after he refused, they decided to work against him.

In a statement seen by The Star, he says, "During a briefing meeting held on August 15, 2022 at approximately 3.00 pm prior to the final declaration of the Presidential Election results, the four commissioners demanded that the Chairperson moderate the results in order to force an election re-run in violation of their oath of office. 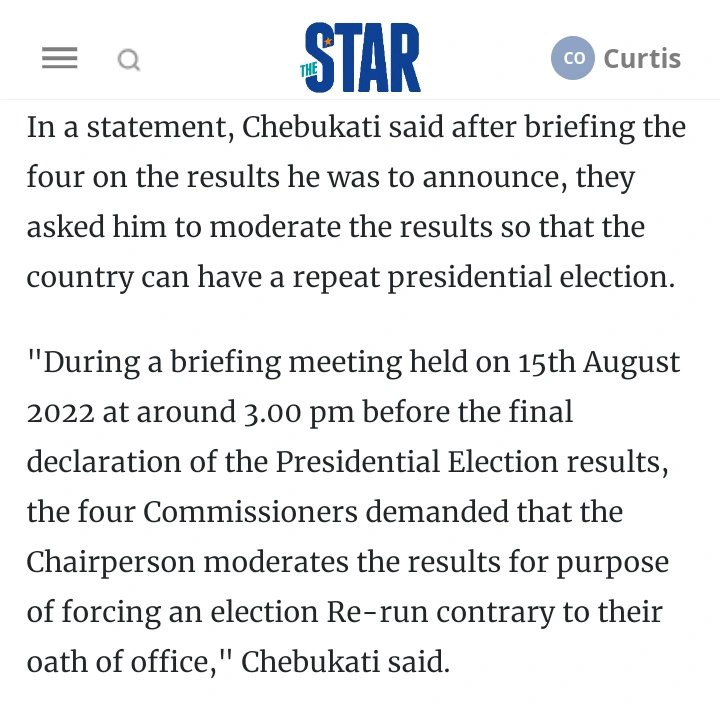 He explains that his oath of office prevents him from complying with the request, hence his determination to proceed and proclaim the winner in their absence.

"The Chairperson refused to acquiesce to this unlawful and illegitimate demand and proceeded to declare the Presidential Election results as received from the polling stations and stated on Form 34A," he is quoted as saying.

Raila has also rejected the results and hinted that he may challenge them in the Supreme Court, as the four maintain that there was in fact electoral fraud.