By EsqEvans (self media writer) | 13 days ago

Orange Democratic Movement, ODM leader Raila Odinga is set to visit Garissa tommorow, Monday. Raila is said to be heading to the region to quell small local resiatance being led by Samburu Governor Moses Lenolkulal. This is also after a group of leaders mostly allied to Deputy President William Ruto's camp are calling on the Former Prime Minister to explain among other issues his recent Statement that revenue going to counties be sent on the basis of population. 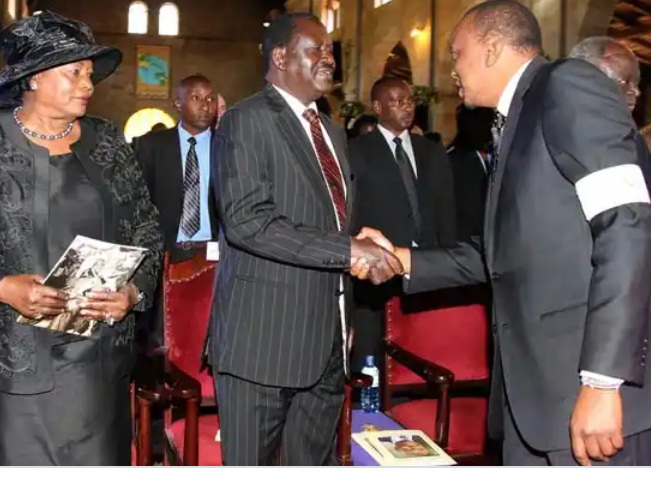 While addressing the residents on his way from a church service in Kigumo, Murang’a County the former Prime Minister gave a comparison where a county will less population received more in allocation, compared to one with more people.

A Statement he later put into perspective saying he was mis-quoted. Raila's visit to the region comes after The Upya Movement, a Movement formed to bring the people of Northern leaders to support Handshake is faced with internal wrangles on who between Mr Yattani and Eldas MP Adan Keynan, who is also the Jubilee coalition parliamentary group secretary, should lead the team and negotiate on behalf of the region.

On the other side embattled Samburu Governor Moses Lenolkulal said the Yattani faction seeks to block the region from voting for DP Ruto in the 2022 General Elections.