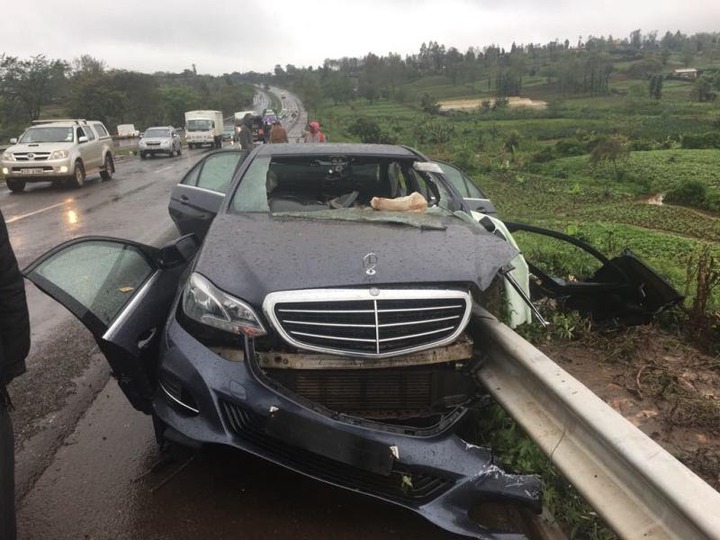 Photo: Governor Wahome's car when it got into accident in 2017.

As per the reports, Nyeri Governor Mutahi Kahiga, Mathira MP Rigathi Gachagua and two Nyeri County officials have been summoned by the court as witnesses,on the inquest of Wahome's cause of death. 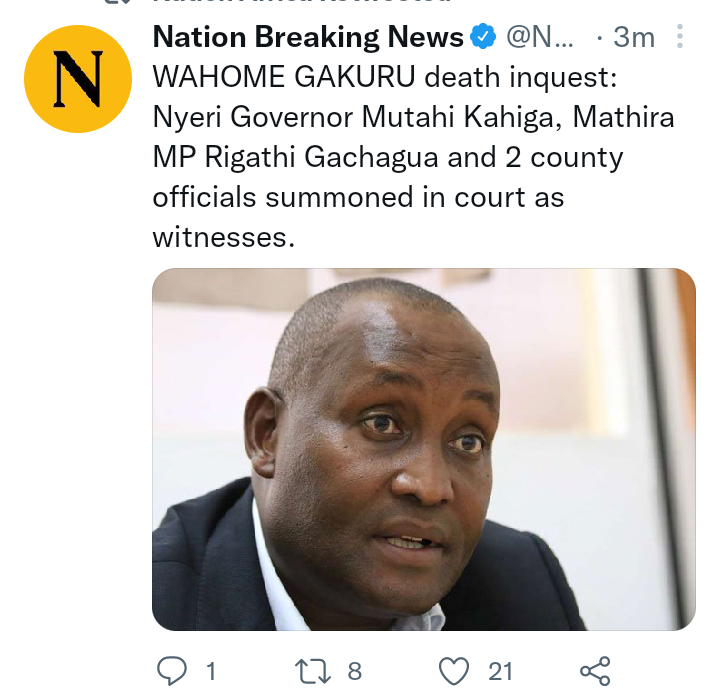 An inquest heard earlier said that the driver of former Nyeri Governor Wahome Gakuru's vehicle made no attempt to apply brakes to prevent the vehicle from plowing into a guard rail.

The National Transport and Safety Authority's (NTSA) expert witness, Dennis Ireri, told a Nyeri court that there were no skid marks at the scene of the accident.

Mr. Ireri stated that after the accident, he inspected the Mercedes Benz and discovered that the braking system was intact, in good working order, and operational.

On November 7, 2017, Gakuru was killed in a car accident near Kabati on the Nyeri-Nairobi highway.

During cross-examination by Senior Assistant Director of Public Prosecution Peter Mailanyi, Ireri stated that he found no evidence that the driver attempted to stop the Benz prior to the accident.

"I did not find any skid signs on the road to show the driver attempted to stop the vehicle," Ireri told Chief Magistrate Wendy Kagendo.

According to the witness, based on the extent of the damage and how far the guard rail penetrated the vehicle, the driver may have been driving at speeds in excess of 120kph.