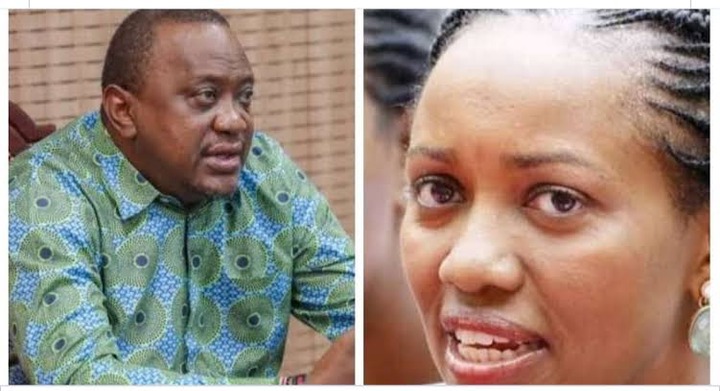 In the first term of President Uhuru Kenyatta's tenure as the Head of State, many of these current TangaTanga group members led by DP William Ruto saw him as a good leader, the best the country has ever had and that's why they came out fully to campaign for him with their famous 'tano tena' slogan.

Something surprising is that although President Uhuru Kenyatta is the same same leader that he used to be, TangaTanga members now feel like he is the worst President the country has ever seen. For that reason, they have been fighting and are still fighting against the person they stood with strongly and praised for more than 5 years.

As for now, President Uhuru Kenyatta has remained with people like Raphael Tuju, David Murathe, Ngunjiri Wambugu, Kimani Wamatangi and others to protect them. Among them, David Murathe has been considered as the Chief chef in his kitchen because he has been making crucial moves in the party. With that in mind, many DP Ruto's allies have been singling out the Jubilee party vice chairman for scrutiny.

The latest TangaTanga member to destroy David Murathe was Susan Kihika. Through her official twitter account, the Nakuru County senator claimed that David Murathe is really underwhelming and clueless. She went on to state that Murathe is a reason why Jubilee is in a free fall.

"For all his arrogance and chest thumping, Murathe is really underwhelming and clueless. I shudder to think he is someone’s advisor in chief. It’s no wonder Jubilee is in a free fall." Tweeted Susan Kihika. 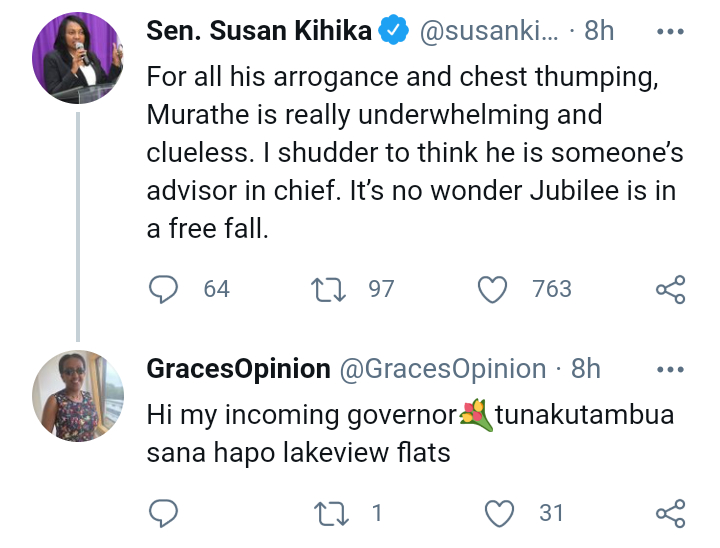 KPLC to Interrupt Electricity in the Following Parts of the Country Tomorrow Friday, 25 July, 2021

Just in: 10 KDF soldiers killed and 13 injured after a helicopter crashed