Nakuru Governor Lee Kinyanjui has been told to move out from Jubilee Party and join Ruto's USA Party. This is after the governor criticized Jubilee for replacing the late Hon. Senator Victor Prengei with Isaac Ngugi from Nyandarua. 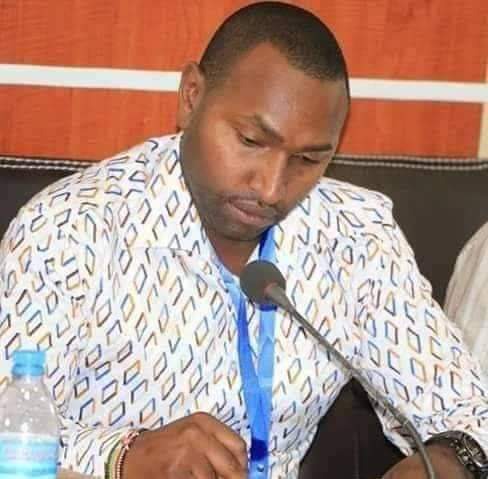 Jubilee Secretary General Raphael Tuju announced this news and added that Peter Cheruiyot who had been nominated to replace Prengei was disqualified by IEBC for his old age. 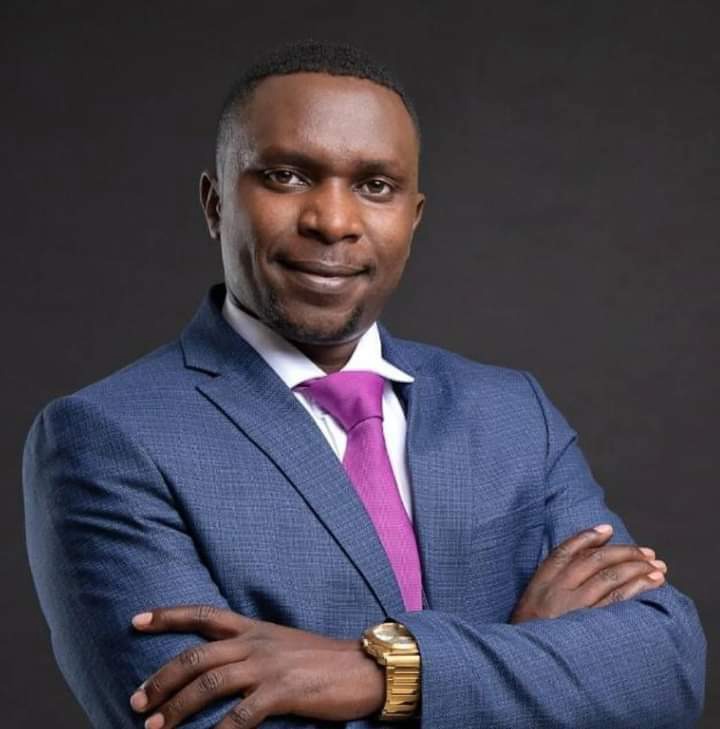 Tuju further said that Prengei was representing the youths and not a minority group as some say. After this news, Lee Kinyanjui came out to condemn it. He said, "To deprive the marginalized, poor Ogiek the only representation they had is cruel and regrettable gesture." 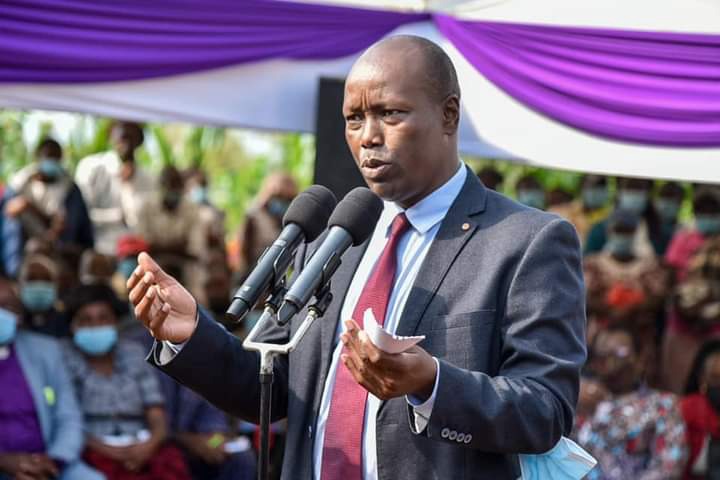 He says the party seems to have abandoned consultation and involvement of stakeholders. The governor added that Jubilee is known for employing and paying individuals to bring it down, in what he called self cannibalization. 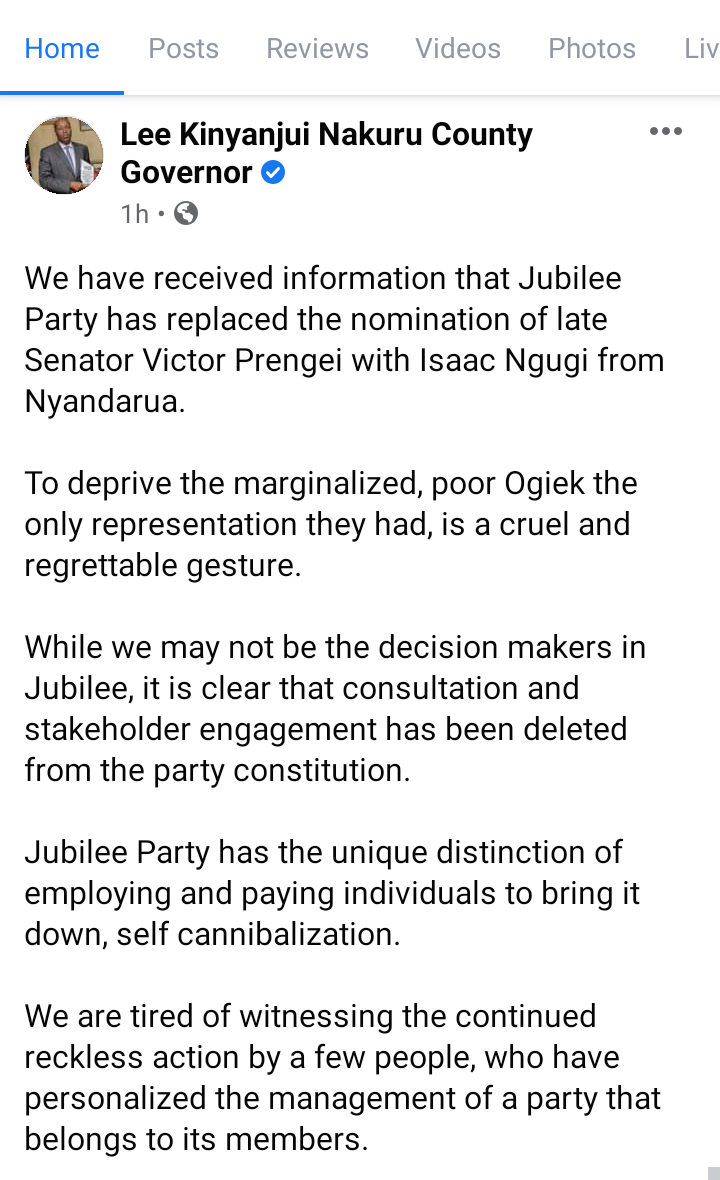 Many Kenyans came out to speak condemn the governor. Mosy told him the seat belonged to the youth and not the Ogiek while others told him to abandon the party and join UDA. The governor has however responded that there are many youthful educated Ogieks who deserved the seat. 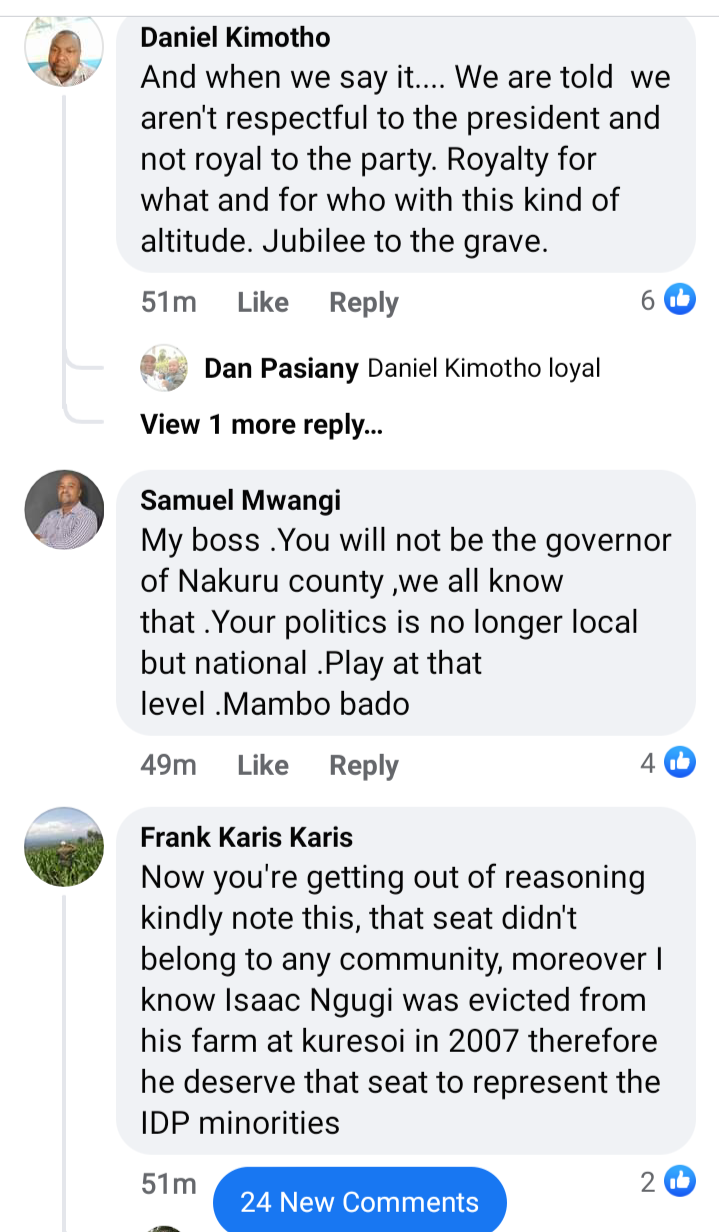 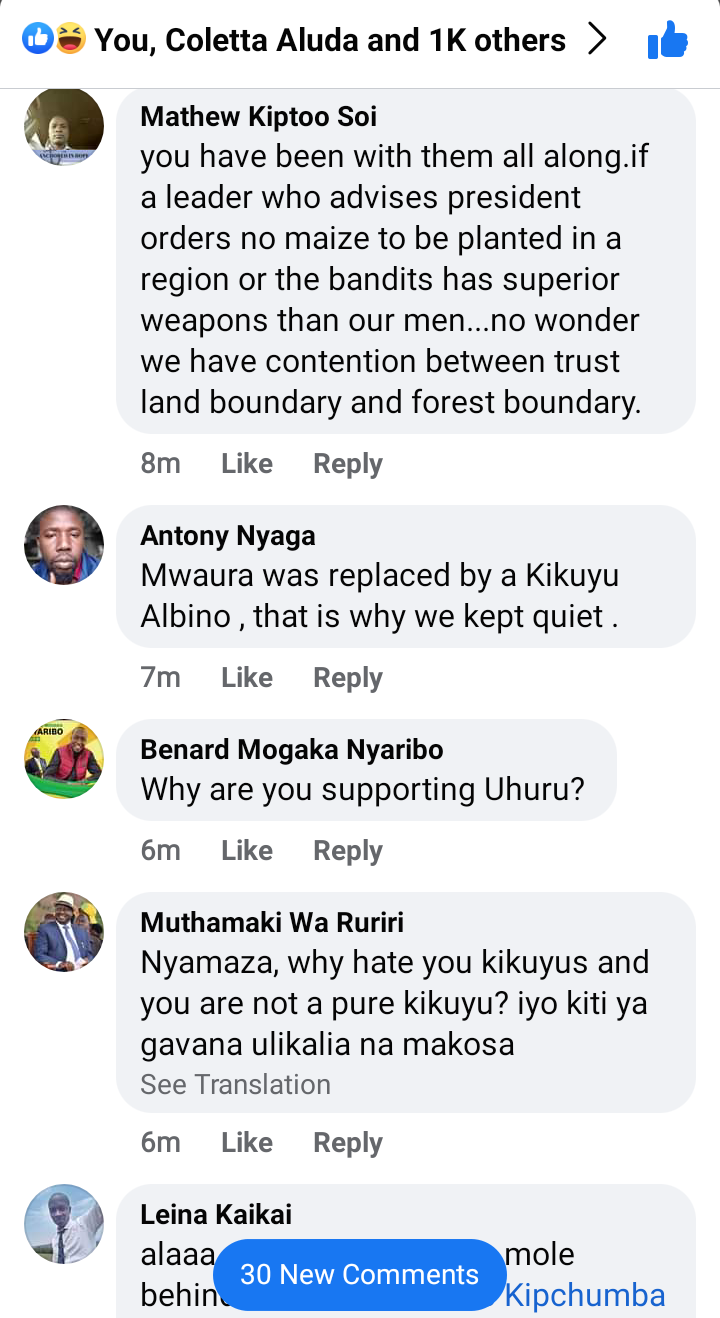 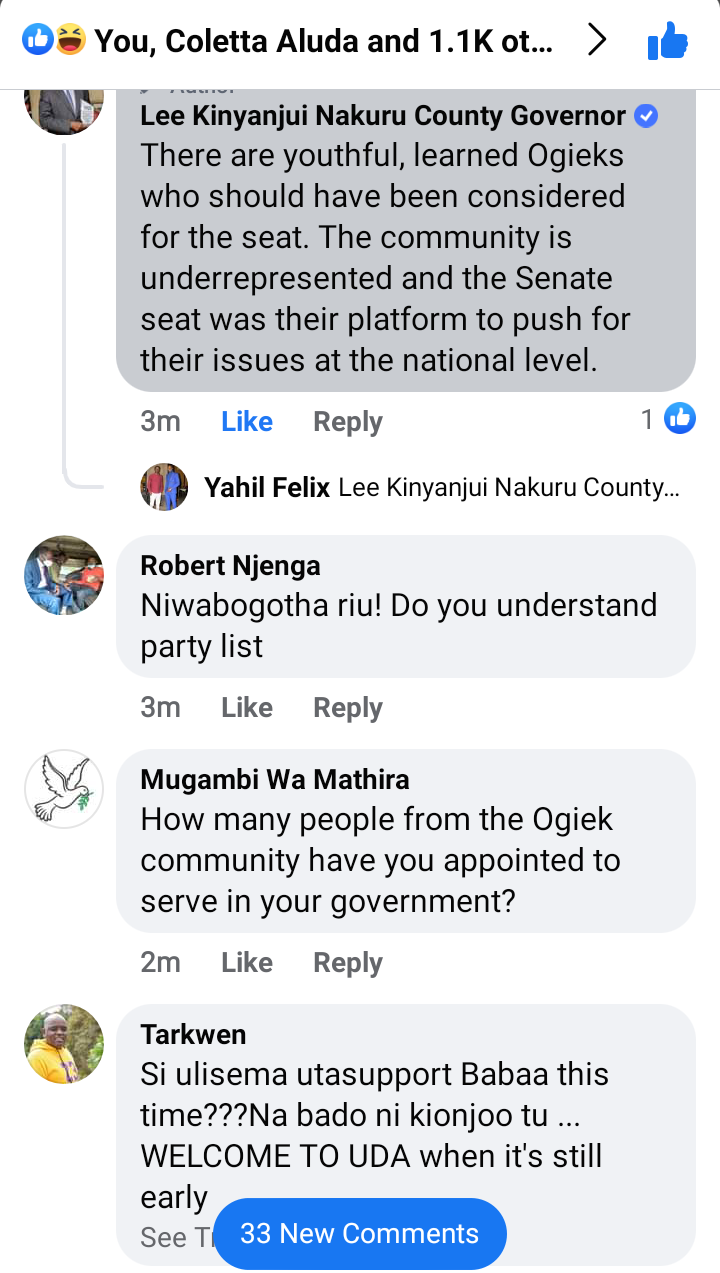