By Theprofessor (self media writer) | 5 months ago

Renowned politician from Western Honorable Khaemba has called upon the inspector General of police along with the director of criminal investigations to conduct a thorough investigation into the murder of his Aide who was buried today.

In a news report that has been shared by a reliable source of information, it has been revealed that the deceased who has been identified as a Brian Olunga was allegedly shot and killed by Kimilili member of parliament, Honorable Didmus Barassa.

Addressing this issue, Honorable Khaemba who attended the funeral of the deceased has claimed that they are currently looking into this incident stating that the police officers are currently investigating the incident in order for the suspect to be charged.

According to the reports given by the residents, they claimed that it was so unfortunate that the deceased was killed in Broad Daylight and yet nothing has been done about it.

With this in mind, residents have urged the police to make sure the suspect doesn't go free.

While reacting to his death, kenyans who sent their heart felt condolences to the family and friends of the deceased have called upon the inspector General of police along with the director of public prosecution to make sure that justice is served.

According to the reports given by most Kenyans, they claimed that it is so unfortunate that most politicians often end up free after committing crime in the country despite the fact that Alot of poor people are currently behind bars. 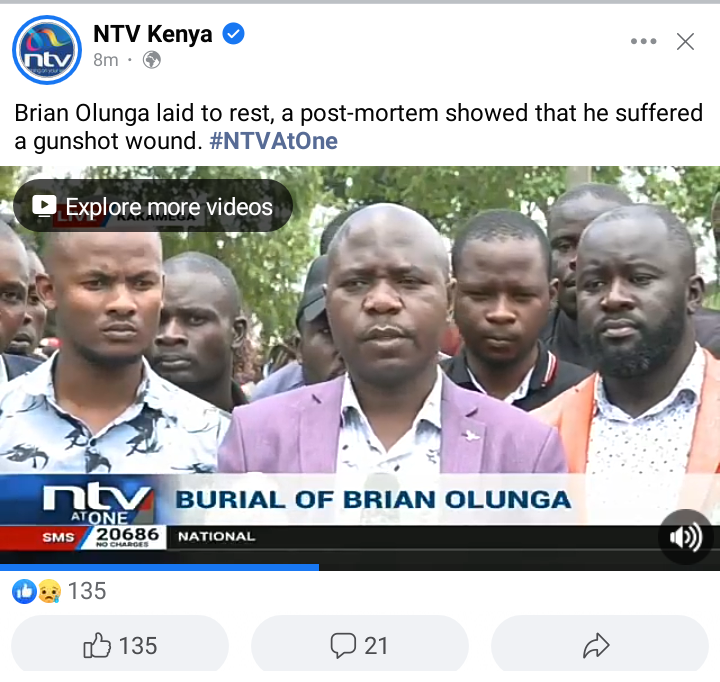