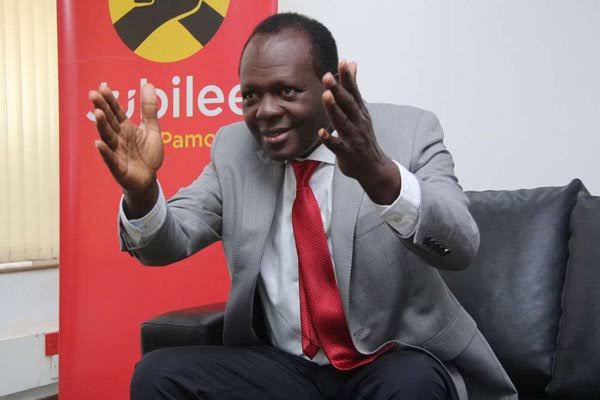 Jubilee party has been having wrangles between the deputy president side and the one supporting the president over different issues including the building bridges initiative reforms that are aimed at changing the 2010 constitution. The deputy president's side is against the reform saying it is not a priority to Kenyans and the government should focus on improving the welfare of many Kenyans suffering in poverty.

This led to removal of many leaders who were heading different committees in the Parliament and in the senate. They were even oustered on grounds that they were non-loyal members like Elgeyo-Marakwet senator Kipchumba Murkomen, Susan Kihika,.Jubilee party deputy Secretary General Caleb Kositany from their lucrative positions.

This created too much rift in the Jubilee party that saw the deputy president to be seen like he has been sidelined from the government after all his people were removed from their positions.

However, the Tangatanga camp has a reason to smile after Jubilee party Secretary General Raphael Tuju stating that, he has no grudge with the deputy president William Ruto but, he is contemplating on how they can reunite and become one.

The reunion between the deputy president and Jubilee party secretary-general will see new developments in the political scene. Many allies in the handshake like orange democratic movement allies will soon start lamenting that they have been sidelined from the building bridges initiative reforms and 2022 presidential succession politics.

This is good news to the deputy president's camp who have been in cold for so many months just after the handshake between orange democratic movement leader Raila Odinga and his excellency president Uhuru Kenyatta.

Do you think Rafael Tuju has changed his tune over the deputy presidents 2022 presidential agenda?

KDF Issues This Statement to Kenyans on Recruitment and Replacements Rumours